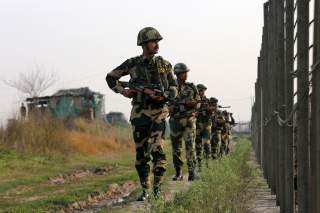 Kashmir was once the most dangerous place in the world. Disputed between India and Pakistan—two nuclear weapons states—the stunning Himalayan redoubt is India’s only Muslim majority state. Until the arrival of India’s Hindu nationalist Prime Minister Narendra Modi, tensions in Kashmir were on the wane. Terrorist incidents and deaths were down, tourism was up and the erstwhile nuclear flashpoint was as close to peaceful as it had been in decades. That peace is now over.

On Monday, Modi’s Bharatiya Janata Party (BJP) government took the drastic step of abolishing the constitutional provision that guaranteed Kashmir’s autonomy. The government also announced a plan to partition Kashmir and downgrade it from a full-fledged state to a federally administered “Union Territory.” It deployed over ten thousand soldiers, blocked internet access, and placed leading Kashmiri politicians under house arrest. The separatist insurgency, which has accelerated under the BJP government after a period of relative calm, is now poised to explode.

Before Modi and the BJP came to power, Kashmiri political participation was increasing, and tourist arrivals were rising. Around 135 people died in fighting in 2013 compared to the 3,073 who died in 2003. Yet by 2018, annual recruitment to insurgent groups had quadrupled and Kashmir’s elected government had collapsed, putting the state under federal control. Last year was the deadliest in a decade, with 451 conflict-related deaths. In February, Kashmir’s first car bombing in fourteen years killed forty-one Indian soldiers. In parliamentary elections that concluded in May, Kashmir was the only state with a voter turnout below 50 percent. In certain districts, turnout was in the single digits.

The roots of Kashmir’s conflict are deep, embedded in the acrimonious partition of the South Asian subcontinent and mired in on again off again India-Pakistan military tensions. Pakistan does its part to stoke flames, funding Kashmiri separatists while its intelligence services train them. Terrorists who enjoy safe haven in Pakistan cross the border to conduct attacks in India while religious groups in Pakistan recruit young men to join the jihad. Groups involved in the conflict have hijacked airliners, attacked India’s parliament, and kidnapped and killed American and European tourists. In short, Pakistan’s hands are far from clean.

Prior to 2014, Pakistan’s Islamist insurgency consumed the Army’s attention at home while India’s government continually engaged with Pakistan and the Kashmiris. The result was a relative quiet on the subcontinent. Yet as Pakistan’s insurgency died down and the army reasserted itself over the country’s politics, increasing numbers of Pakistan-based militants crossed into India. Relations between the countries again started to deteriorate.

Nonetheless, Pakistan’s efforts to keep Kashmiri separatism alive is not the sole spark that has reignited tensions among India’s restive Muslims. The democratic processes that govern the rest of India are only superficially present in Kashmir and its people, who are caught between soldiers and militants, do not enjoy the same freedoms as elsewhere in the world’s second largest country. Kashmir has been without a state government for over a year, and the BJP recently banned two prominent separatist political parties. Foreign journalists require special permission to report there. A host of paramilitary groups are responsible for the state’s security and not subject to the same restraints as other Indian soldiers.

Kashmiri separatists argue that India is a Hindu-majoritarian state that does not respect its Muslim minority, and BJP actions give their accusations credence. After the February car bombing, Modi waited over a week to address assaults on Kashmiris across India. One new BJP parliamentarian is implicated in a bombing that killed six Muslims in Maharashtra state in 2008. The Modi-appointed chief minister of India’s most populous state has likened Muslims to “two-legged animals.” Modi’s new home minister, tasked with maintaining Kashmir’s security, recently described Muslim migrants from Bangladesh as “termites.”

Indian security policies have generated further alienation and allegations of human-rights abuses. Security forces regularly implement curfews and internet bans. In 2018, after a fifteen-year hiatus, they resumed unpopular cordon and search operations. Last year, video emerged of Indian soldiers dragging a dead militant through a Kashmiri town, sparking outrage. In 2017, soldiers tied a Kashmiri to the hood of his car as a human shield.

The abrogation of Kashmir’s autonomy strengthens the separatists’ hand while diminishing that of the moderates who advocate integration with India. The downgrading of Kashmir to a union territory eliminates political outlets for discontent. The public uproar in Pakistan may motivate a more aggressive Pakistani foreign policy. With the window for a political settlement seemingly closed, recruitment to terror groups will surge.

The resulting instability will have far-reaching effects. An Indian Kashmiri, connected with Pakistan-based terror group Jaish-e-Mohammad, committed the February suicide bombing; this provoked tit-for-tat airstrikes by India and Pakistan that brought the nuclear-armed countries to the brink of war. According to Sri Lanka’s army chief, some of the bombers behind Sri Lanka’s deadly Easter attacks visited Kashmir to train or make contacts. In 2001, an attack by Jaish-e-Mohammad on the Indian parliament nearly caused a war between India and Pakistan; Indian soldiers later killed the attack’s mastermind in Srinagar, Indian Kashmir’s capital.

BJP supporters argue that hardline policies are necessary to squash terrorists. They cite international support, noting that the United States came firmly down on India’s side in the February spat with Pakistan and did not condemn the abolition of Kashmir’s autonomy. They rightly say that countries are tiring of Pakistan’s state sponsorship of terrorism, evidenced by China allowing the UN to list Jaish-e-Mohammad’s chief Masood Azhar a terrorist. This followed years of Chinese vetoes protecting Pakistan. Even so, Azhar’s network continues to hold indoctrination classes and publish its weekly jihadist magazine. The Trump administration’s hard line on Pakistan has not forced its army to cut ties with militants. Hundreds of Kashmiris continue to join terror groups.

Curfews and internet blackouts will not pacify Kashmir’s separatists or the millions who support them. The BJP needs to approach Kashmir with nuance and consider reasons for the separatists’ disillusionment beyond those attributable to Pakistan. Its failure to do so will cause the insurgency, which left over forty thousand people dead and brought India and Pakistan to the brink of nuclear war, to come roaring back.

Max Frost is a research associate in South Asia studies at the American Enterprise Institute.