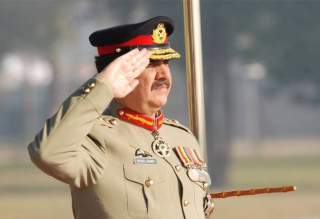 The Pakistani Army’s domination over the nation’s economy and foreign policy is not new and has continued since the days of General Ayub Khan, who was among the first military men to realize the fragility of the civilian leadership and engineered the nation’s first coup d’état in 1958. This pattern was followed by General Zia-ul-Haq and General Pervez Musharraf in subsequent years.

The phase beginning from the year 2014 onwards witnessed the strengthening of the military’s role in Pakistan. Operation Zarb-e-Azb was launched by the army as a final offensive against the Tehreek-e-Taliban Pakistan (TTP), which had nearly paralyzed the FATA region and Khyber Pakhtunkhwa province, and was on the verge of expanding its tentacles into Punjab. The nation witnessed yet another jolt on December 16 of that year, when the TTP struck at Peshawar’s Army Public School, massacring over 130 school children. Its immediate effect fell on the already skewed civil-military relations, which got further weighed down in favor of the military. The 21st Constitutional Amendment Bill and the Pakistan Army (Amendment) Bill, 2015 were passed the following January which set up military courts under constitutional protection to try terror suspects, giving legitimacy to the army’s writ on Pakistan’s law and order machinery.

Further, the announcement of the China Pakistan Economic Corridor (CPEC) has given impetus to the army’s huge economic stakes in the upcoming projects. From highway construction to setting up logistics infrastructure and communication lines, CPEC offers a key role for the army’s economic institutions like the Frontier Communications Organization, the National Logistics Cell and the Special Communications Organization.

Revival of Unrest in Kashmir

At a time when the military’s growing stronghold over the nation’s political, economic affairs and foreign policy were going unquestioned, the recent crisis in Kashmir has come as a challenge to the army, which continues to wield monopoly over Pakistan’s Kashmir policy. Instability in Kashmir broke out once again on July 8 of this year, when a young Kashmiri militant named Burhan Wani was killed by the Indian army. With the presence of thousands of mourners at his funeral procession and the spike in stone-pelting incidents throughout the valley, the time was ripe for the Pakistani establishment to corner India as the new wave of violence was portrayed to have an indigenous nature. Both the civilian and military establishments seemed united and the former prepared to mount further diplomatic pressure on India by calling upon the international community and the UN to intervene in the issue.

In August, Prime Minister Nawaz Sharif appointed twenty-two parliamentarians as envoys to travel to different nations to highlight the turmoil in Kashmir in preparation for the seventy-first session of the United General Assembly held in September. Concomitantly, Pakistan’s Army chief General Raheel Sharif assured complete diplomatic and moral support to Kashmiri voices in his repeated statements.

Amidst growing pressure on India over the deteriorating situation in Kashmir, Pakistan’s Kashmir policy seemed to be going in the right flow until two events turned the tide. The first, as expected, was the widely televised speech of the Jamaat-ud-Daawa’s head (and 2008 Mumbai attacks mastermind) Hafeez Saeed in which he claimed to have been in contact with Burhan Wani, busting the Pakistani claim of the indigenous nature of latest crisis in Kashmir. India ensured that the international community took notice of this.

The next was the attack on an Indian army camp at Uri (Jammu) on September 19, in which eighteen soldiers lost their lives. This was followed by a “surgical strike” by the para commandos of the Indian army, who crossed the Line of Control to attack the launch pads located at short distance inside the Pakistani border. Though India’s claims have been denied by both Islamabad and Rawalpindi, the announcement of the surgical strike by a joint statement of India’s Defense and Foreign Ministries makes it a serious affair on the part of the Indian establishment. India’s stand also garnered support from the United States, Germany, Russia and the European Parliament. Further, the refusal of the UN Security Council to discuss the Kashmir issue despite repeated requests from Pakistan points towards the isolation it faces on the international fora.

The Civil-Military Standoff over Kashmir

A strong debate has already ensued between Pakistan’s civilian and military leadership with the former accusing the latter of shielding non-state actors. Briefing a group of civil and military leaders (chaired by the prime minister), Pakistan’s foreign secretary informed them about the global pressure it was facing to carry out investigations into Pathankot attack and act against groups like Jaish-e-Mohammad and Lashkar-e-Taiba. To their surprise, he also apprised the group of Chinese apprehensions behind Pakistan’s continuing support to Jaish-e-Mohammad (JeM) chief Masood Azhar. Though China again put a technical hold on India’s bid to get Azhar banned, JeM’s involvement in terror strikes in India have put China in a tough position, which the Chinese have conveyed to Pakistan.

Next, there are reports of a verbal confrontation between the Chief Minister of Punjab and Director General of Pakistan’s spy agency Inter-Services Intelligence (ISI) on the army’s intervention in efforts of civilian authorities to curb terrorism. The leader of the opposition of Pakistan’s senate also pointed towards the freedom with which non-state actors accused of terrorist activities organized rallies and funded collection programs in Pakistan’s major cities. Clearly, there has been a realization on part of the civilian establishment that Pakistan’s inability to present its case on Kashmir to the international community has to do with the clout the nation’s non-state actors enjoy with the army and the more secretive ISI.

Since the beginning of armed conflict in Kashmir, Pakistan’s civilian governments have seldom opposed it due to popular sentiment over Kashmir and more importantly because of the army’s control of this policy. Even former prime minister Benazir Bhutto, who was never on good terms with the army, supported militancy in Kashmir, which reached at its peak in the 1990s.

Today, the diplomatic isolation Pakistan faces over Kashmir has brought into question the army’s control over the nation’s Kashmir policy, something which was considered sacrosanct two decades ago when the mujahideen’s victory in Afghanistan promised the same success in Kashmir. With increasing questions on existing safe havens of non-state actors in Pakistan, the civil-military rumbling has already begun and it is yet to be seen whether the civilian leadership is successful in wrestling Kashmir policy out of the military leadership, something which the latter seems reluctant to give up at least for the time being.