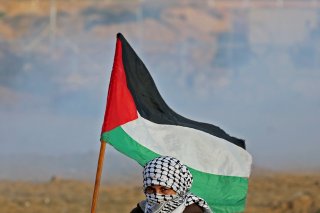 Palestinian Authority (PA) President Mahmoud Abbas’s January 15th announcement that elections would be taking place later this year for both the Palestinian Legislative Council and the presidency were met with great fanfare. If the elections take place as planned, these would be the first elections in the Palestinian arena since Abbas began his four-year term as PA president more than fifteen years ago. Although many international actors have expressed support at the prospects of elections being held, with the European Union calling the announcement, “a welcome development as participative, representative and accountable democratic institutions are key for Palestinian self-determination and state-building,” there is nevertheless reason for exceptionally cautious excitement.

The decision to hold elections in the Palestinian Territories indeed comes at a peculiar time. With the coronavirus pandemic still wreaking havoc across the West Bank and Gaza, which recently registered a 13 percent and a whopping 50 percent positive Covid-19 testing rate alongside limited access to vaccine supplies, it is apparent that delaying elections until the pandemic’s spread is under control might be have been the wiser choice for the Palestinian leadership. Furthermore, the detrimental state of the Palestinian economy—where unemployment in Gaza has soared to a record 49 percent, and the West Bank, which has been fairing relatively better but has still registered a shocking unemployment rate of 19 percent—has not created circumstance ideal for the expenditures that come with holding elections.

On a less practical but more strategic level, waning support for President Abbas’s Fatah faction has been evident from the latest public opinion polls. Most recent was a poll conducted by the Economist, which found that while three out of four Palestinians supported the PA’s bid for elections, 66 percent of the population wanted to see eighty-five-year-old Abbas resign, along with almost half of the population calling for the dissolution of the PA. The wide-scale public disappointment being seen on the Palestinian street, alongside the generally unfavorable electoral conditions for Abbas and his incumbent Fatah party, would in most democratic systems lead those in power to avoid elections at all costs.

Such concerns are simply an afterthought however in the Palestinian Authority, where democracy is not exactly the order of the day. In a territory whose score on the annual democracy index published by Freedom House is a mere 25/100, primarily due to a lack of political rights and civil liberties, there is little concern that the will of the people will unseat a government that exerts an almost hermetic control over the public discourse. This has become worse under the current pandemic state of emergency where, “In many ways, the press has become a tool only for what the government wants.”

The most recent discourse surrounding elections instead came about after careful consideration as to how these might best serve the interests of the current Palestinian leadership. Abbas and his cronies have thus sought to pursue elections at this surprising juncture, based on the understanding that it is the perception that free and fair elections will take place, rather than the holding of elections themselves, which has the greatest prospects of securing their political futures in the immediate term.

Some have argued that the Palestinian leadership’s move towards elections is the product of an attempt to ensure that the PA is in the good graces of newly elected President Joe Biden. The new administration will surely seek a quid-pro-quo for its efforts to reestablish the U.S.-Palestinian Authority relationship, which functionally ceased to exist under the Trump administration. Accordingly, President Abbas has sought to start off on the right foot by providing the international community with maneuvers that signal the start of the democratization process it has long sought.

Although this has undoubtedly played a role in the PA’s decision to pursue inner-Palestinian unity and pave the road towards elections, appeasing the international community and particularly the United States through broadcasting artificial processes of democratic governance is not the primary logic behind the election. Abbas understands the Palestinian cause to count among the lowest rungs on the ladder that is the Biden administration’s series of priorities. Facing a global pandemic, civil discord, and economic turbulence will surely keep President Biden occupied domestically throughout his first year in office, and if he does look abroad, it will be towards Tehran and not Ramallah.

It is indeed the optics of an election that President Abbas requires to reinforce the faulty perception of the PA as having wide-scale public support. In fact, other than ensuring that the new administration continues to see his office as the representative of the entire Palestinian arena, the actual holding of elections have the potential to undermine his position. Notwithstanding the obvious potential of an election-facilitated Hamas takeover of the West Bank, similar to the way the PA lost the Gaza Strip through the 2006 election, the only other feasible scenario, namely a unity government between the PA and Hamas, would in actuality make the receipt of American support impossible (Hamas is designated as a Foreign Terrorist Organization by the U.S. Department of State).

The potential that President Abbas and his ruling Fatah party will lose their positions of power to Hamas in an election due to an increasingly frustrated Palestinian public is a concrete threat. Additionally, the primary past stumbling block in the way of holding elections, Jerusalem, has yet to be removed. With over 340,000 Palestinians with voting rights in a potential Palestinian election residing in Israel’s capital, the Israeli government’s permission to open polling stations in the city would be required. The upcoming Israeli election, and Prime Minister Benjamin Netanyahu’s own electoral need to not be perceived as weak on issues related to sovereignty, especially in light of the foiled West Bank annexation plan, make the holding of Palestinian elections in the city increasingly unlikely. Abbas is similarly constrained by the optics of Jerusalem and thus, without Jerusalem, there are no Palestinian elections.

The announcement of elections, whether or not they actually materialize, should instead be seen through a different lens, that of strengthening the position of President Abbas against internal and external enemies who harbor the potential to threaten the final years of his rule. Hamas, who has been challenging PA rule of the West Bank for years, is of course chief among these. The precarious humanitarian crisis in Gaza, only exacerbated by the pandemic, has uniquely positioned Abbas and his Fatah movement to make inroads in the coastal enclave and garner support on the Gaza street. One such way has been through securing doses of the otherwise unattainable vaccine for citizens of Gaza. Elections, which require Fatah and Hamas to allow the opposing movement to campaign freely in the other’s territory, something otherwise strictly forbidden, is the perfect opportunity to further strengthen Fatah’s support base.

Individual challengers to Abbas’s rule from inside the ranks of his party have over the course of his fifteen years in office been limited to jailed convicted terrorist Marwan Barghouti and currently exiled former Gazan security chief Mohammad Dahlan. With the latter seen as Abbas’s primary opposition, his conviction for corruption in absentia and exile in the United Arab Emirates, where he serves as a senior advisor to the Crown Price of Abu Dhabi, has kept him at bay. Concerns that Israel or the United States might assist his resurgence considering the role he allegedly played in brokering the Abraham Accords and their desire to see him as the next PA president, led to Abbas spearheading a campaign to ban his participation in the coming elections after announcing his own candidacy. The calling for elections should therefore not be seen as an attempt at garnering favor in the eyes of the new U.S. president, but quite differently, as a mechanism for the PA president to reassert dominance and ensure his position as the unequivocal leader of the Palestinian Authority.

Shlomo Roiter Jesner is the president and co-founder of the Cambridge Middle East and North Africa Forum. He is also the CEO of London-based F&R Strategy Group, a geopolitical consultancy at the intersection of politics and business.