Paradox of Plenty in Qatar 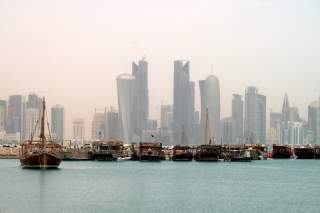 The news that Egypt, Saudi Arabia, Bahrain, Yemen, the United Arab Emirates, Libya and the Maldives have severed diplomatic relations with Qatar will have consequences throughout the region, perhaps most severely in Doha itself. It seems clear that one of the attempted goals of this action was to devastate Qatar’s domestic economy and create instability.

There is a rich background to the recent dispute. The most important argument between Qatar and Saudi Arabia occurred March 2014. For the first time in the history of the Gulf Cooperation Council, multiple member states (Saudi Arabia, the UAE and Bahrain) withdrew their ambassadors from another (Qatar). This was combined with sanctions and a blockade that will further devastate the oil-rich country.

The three departing countries were frustrated with Qatar’s support for uprisings during the Arab Spring, specifically in Bahrain and Oman. This support violated the first Riyadh Agreement, which was signed by Qatar’s emir sheikh Tamim bin Hamad Al Thani in November 2013, and dealt with the GCC’s goal of not having member nations interfere in the internal affairs of other member nations. Further, in supporting the uprisings, Qatar also aided the Muslim Brotherhood, a decision that significantly strained relations with the UAE and had an effect on recent developments.

The 2014 disagreement, notably, was the first sign of three distinct alliances in the GCC: the Saudi bloc (including Saudi Arabia, the United Arab Emirates and Bahrain); Qatar; and Oman and Kuwait remaining unaligned.

Issues such as Qatari interference in the Arab uprisings and Doha’s support for the Muslim Brotherhood—which were important to the Saudi bloc in 2014—combined with newfound frustrations regarding Qatar’s soft relations with Iran have led to the recent conflict.

Yet, unlike in 2014, the modern issue has the potential to significantly damage Qatar’s internal stability. This is due to the country’s modernization plan—Qatar National Vision 2030—and the extent of the diplomatic cuts.

In relation to the first point, the purpose of the Qatari National Vision plan is to “transform Qatar into an advanced society capable of achieving sustainable development” by 2030. It focuses on four pillars: economic, social, human and environmental development.

Doha’s successful World Cup bid is a part of this strategy. An 2016 article in Al Raya, Qatar’s daily Arabic newspaper, notes that the 2022 World Cup in Qatar will have all green venues—including solar-powered stadiums and green buildings—to subject all public buildings to system sustainability. Moreover, it continues that one of the cornerstones that the state of Qatar will depend on is the green-building index, as well as detailed criteria for green buildings and sustainable cities as detailed operational mechanisms for achieving Qatar National Vision 2030.

The problem is that this plan has led to less oil revenue being spent on the population, and consequently, a reduction of public welfare. For example, per the Economist Intelligence Unit, since 2011 food subsidies have been cut by 30 percent; a new universal health-care law allows the country to cut down spending by forcing citizens to buy health care and not guaranteeing coverage for preexisting conditions; and finally, in order to maintain elite wealth, the top tax rate has been lowered from 35 percent to 10 percent.

The reason losing oil wealth can lead to instability is for the following four causal mechanisms. First, rents derived from resources free the government from the need to tax and be accountable to their citizenry. Second, energy-rich states can use wealth to stunt social group formation, therefore fermenting a national or local identity is not necessary. Third, states with massive petroleum revenues can appease elites and retain their support under even the worst circumstances. And fourth, energy-rich states can use bonanza modernization and social-welfare handouts to appease their populations, therefore limiting demands for regime change and creating a sort of social contract.

The final mechanism is the one that this paper posits as troublesome. Since the Al Thani regime began spending money on the World Cup and taking away subsidies from the population, various Arabic news outlets have reported that multiple attempted coups have occurred, the two most important being in 2011 and 2013. The former emir of Qatar, Hamad bin Khalifa Al Thani, handled the first. The second, however, was a soft coup that resulted in Hamad’s son—Tamim—taking power. This was done as a way to consolidate support within the country via a new face of leadership.

Saudi Arabian state-run newspapers are now suggestion the potential for another coup. Al Riyadh reports that the Ahmad bin Ali family and Tamim’s father are both positioning themselves for a coup against the current regime and that it is payback for Qatari intervention in the Saudi Kingdom. There are two reasons why this diplomatic move will significantly harm Tamim Al Thani’s rule: its impact on food and on Qatar’s primary business networks.

First, Qatar imports 40 percent of its food directly from Saudi Arabia. Further, as noted previously, the government has already significantly cut food subsidies since the announcement of the 2022 World Cup. This is important because recent economic research conducted by Marc Bellemare finds that, on a global level, food price increases vastly intensifies social unrest. Thus, it is likely that the combination of the loss of food imports and decrease in food subsidies will increase social discontent in Qatar.

Secondly, since the diplomatic cuts, Qatar’s stock market sank 7.6 percent in the first hour of trade and continues to fall. More importantly, Qatar has lost 82 percent of its Gulf imports due to these sanctions. Due to its effects on Qatar’s main businesses, oil and gas markets, and air travel, it is likely that the diplomatic ties will hit the already frustrated population hardest.

Rumors are already flowing that a military, Saudi-backed group has attempted to lead a coup against the Al Thani leadership. Regardless of its validity, the Qatari emir has forced the officers linked with the plot to be arrested and sent to military court. Consequently, it seems to be a matter of if—not when—Qatar will face regime change.

Therefore, in combination with the public welfare cuts enacted since 2008, the economic impacts of the Gulf dispute will likely lead to internal unrest in Qatar. This is likely the goal Saudi bloc had in mind when it decided to sever relations. Further, it probably will result in future concessions by the ruling Al Thani family in Doha, as the country needs to maintain internal stability to continue with the country’s modernization.

Jordan Cohen is a political science Ph.D. student at George Mason University. He has an M.A. in Middle East and Islamic Studies from the same institution. His research focuses on the Arab Gulf, borders and oil politics in the Middle East. Additionally, Jordan has published multiple times on the Middle East e-zine, Jadaliyya.