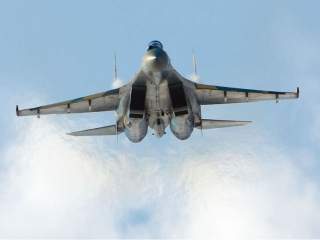 Russia is in the midst of a major modernization of its armed forces. This has been driven by Vladimir Putin’s ambition to restore Russia’s hard power and supported by the revenues that flowed into the Kremlin’s coffers between 2004 and 2014, when the price of oil was high. The modernization programs encompass all parts of the Russian military, including strategic nuclear, nonstrategic nuclear and conventional forces.

The United States has to pay attention. Russia may be a power in long-term decline, but it retains the capacity to make significant trouble. Moreover, in recent years the Kremlin has shown a new readiness to use military force. But not all aspects of the modernization program are equally worrisome.

Russia is modernizing the three legs of its strategic triad. It is procuring eight Borei-class ballistic missile submarines (SSBNs), and is halfway through a ten-year program to build four hundred intercontinental ballistic missiles (ICBMs) and submarine-launched ballistic missiles (SLBMs). It is also updating its Tu-160 Blackjack bombers, and officials have reportedly considered reopening the Blackjack production line.

Placed in context, however, the strategic modernization program appears less worrisome. Following the collapse of the Soviet Union in 1991, the Russian economy went into free fall for most of the ensuing decade. The defense budget received little in comparison to Soviet times, and most programs, including strategic nuclear forces, were starved for funds. That only began to change in the mid-2000s.

The strategic modernization program is replacing a lot of old systems, systems that the Russian military would have preferred to retire earlier had it been able to pay to do so. For example, a large number of Russia’s strategic warheads sit atop SS-18, SS-19 and SS-25 ICBMs, all of which are scheduled to be retired by 2020. If the military had had the resources, it would have retired and replaced the SS-18s and SS-19s years ago. Four hundred ICBMs and SLBMs constitute a major program, but the number seems appropriate for a Russian strategic force that, under the 2010 New Strategic Arms Reduction Treaty (New START), looks like it will deploy 400–450 strategic missiles.

The Borei-class submarines will replace Delta-class submarines, all of which were built prior to 1991. A combination of reliability and resource concerns has meant that most of the older boats performed deterrence patrols at dockside rather than at sea. That may change as more Boreis become operational. In comparison, the U.S. Navy normally maintains about half of its fourteen Ohio-class SSBNS at sea.

The fact that Moscow is considering reopening the production line for its aging Blackjack bomber is interesting. Russia currently flies only a dozen of these aircraft (in addition to some sixty older Bear bombers). A decision to resume production of Blackjacks would indicate problems and delays with the next generation PAK-DA bomber, which was originally scheduled to have its first flight by the end of this decade.

Moscow’s nonstrategic nuclear weapons are more worrisome. To begin with, there is Russia’s violation of the 1987 Intermediate-Range Nuclear Forces (INF) Treaty by testing a ground-launched cruise missile to intermediate range. While such a missile likely will not pose a direct threat to the United States, it constitutes a treaty violation and would threaten U.S. allies, as well as other countries, in Europe and Asia.

The outside world has less visibility regarding Russia’s nonstrategic arsenal than Russia’s strategic forces. It appears, however, that the military has developed a range of nonstrategic nuclear capabilities, including cruise missiles, short-range ballistic missiles and aircraft. By contrast, the United States has steadily reduced the number and types of weapons in its nonstrategic nuclear arsenal, which now consists solely of the B61 nuclear bomb.

Russia’s unclassified national security strategy says that nuclear weapons would be used only in the event of an attack with weapons of mass destruction on Russia or one of its allies, or in the event of an attack on Russia with conventional forces in which the fate of the state is at stake. The “de-escalation” doctrine, Putin’s references to nuclear weapons in his public statements and the broad modernization of Russia’s nonstrategic nuclear forces suggest that the classified strategy could envisage use of those weapons in wider circumstances.

That risks lowering the nuclear threshold. And once a nuclear weapon—any nuclear weapon—is used, the possibility of catastrophic escalation would increase dramatically.

Russia is also modernizing its general-purpose forces, having set itself a goal of making 70 percent of the army’s equipment modern by 2020. This is coupled with changes in operational tactics, some of which were developed after the Russian army’s poor performance in the 2008 conflict with Georgia. The use of special operations forces in Crimea—referred to by Ukrainians as “little green men” for their lack of identifying insignia—proved effective. The Russians showed the ability to quickly mass fire on targets when regular army units entered Ukraine in August 2014 and again in early 2015.

Russia’s conventional forces, however, face limitations. First, it is not clear how much progress Moscow is making in closing the technology gap with Western militaries. Some capabilities are indeed modern, such as the sea-launched cruise missiles that the Russian Navy launched late last year against targets in Syria. Of course, that was a capability that the U.S. Navy demonstrated in force against Iraq in 1991. While the Russian Air Force drops some smart weapons against targets in Syria, the majority appear to be “dumb bombs.” In contrast, most U.S. weapons used against ISIS targets are smart. (This may also reflect Russian rules of engagement, which are less focused on limiting collateral damage.)

Moscow faces a new problem of late: the sanctions imposed by the West following Russia’s aggression against Ukraine block certain exports to Russia’s defense industry. Closing the technology gap will likely remain a challenge. A related problem is the dependence of Russian naval shipbuilders on a Ukrainian manufacturer for ship engines, the supply of which has now been cut off.

A second limitation, primarily for the army, is the fact that conscripts still make up a large portion of enlisted personnel. The military took in nearly 300,000 conscripts in 2015. (While Russian officials talk about a million-man military, estimates put total personnel at closer to 800,000.) Conscripts serve for only one year, which hardly suffices to give them the proficiency that their professional counterparts in Western armies achieve.

A weak budget prevented the Russian military from conducting much modernization between 1991 and 2005. That could prove to be a crucial factor again. Faced with low oil prices and Western economic sanctions, the Russian economy contracted by nearly 4 percent in 2015. Most analysts expect it to contract further in 2016.

The government budget for 2016 assumed an oil price of $50 per barrel. In January, the price closed at about $34 per barrel, after dipping to almost $28 per barrel. Russian ministries were told to cut budget expenditures by 10 percent, though it is not clear if this applies to the military. If the oil price remains soft, the defense budget may not escape unscathed. Alexey Kudrin, finance minister during Putin’s first two terms as president, recently said that defense spending cuts “cannot be avoided,” though they might be postponed a short while. That could hinder the military’s modernization effort.

Responding to the Challenge

None of this is to suggest that the United States and NATO should not pay heed to what the Russian military is doing. They must. But they should be clear-eyed about the Russian program and about what they must do in response.

Russia’s strategic modernization program should not cause undue alarm, provided that two conditions hold. First, that the United States and Russia continue to observe the limits of New START, which constrain each to no more than 1,550 deployed strategic warheads on no more than seven hundred deployed ICBMs, SLBMs and bombers. Second, that the United States proceed with modernizing its own strategic forces. The Pentagon’s proposed modernization program, which will hit its stride in the 2020s, appears more than adequate to fill the bill. Some elements could be pared back, such as the Long-Range Strike Option, and may well have to be cut, given U.S. budget constraints.

NATO should devote more resources to conventional territorial defense. The alliance has overall qualitative and quantitative advantages, but it must resource its conventional capabilities to maintain its edge. It needs a concept and force structure to deal with a crisis in the Baltics, where the Russian military has regional superiority. It also needs to ensure that NATO aircraft could operate successfully in a more contested air defense environment, given Russia’s deployments of advanced surface-to-air missile systems. This is not just about NATO forces, but about doctrine, and having the operational concepts to contend with new Russian capabilities. To the extent that the alliance maintains a strong conventional deterrent and defense posture, it will reduce the likelihood of a conventional clash—and of a situation in which Russia might consider using its nonstrategic nuclear weapons.