The Peace Problem: Is America Saving the World or Destroying It? 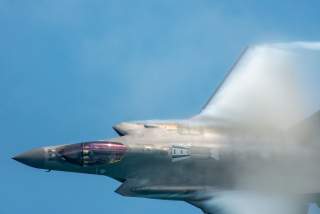 Many in America’s founding generation believed that the United States would eventually achieve greatness. How it would go about doing so was often in question.

The Founders expected to do great things in the New World. A few even believed that God willed it. Though they arrived in what would come to be known as North America, some saw the territory as a New Israel, God’s new chosen land.

They took their cue from the New Testament and their words from Jesus’s Sermon on the Mount: “You are the light of the world. A city on a hill cannot be hidden.” The Puritan leader John Winthrop invoked the phrase “city on a hill” in an address to his congregation sometime in 1630 while en route from Southampton, England, to New England in North America. Over the ensuing few centuries—but mostly in just the last few decades—the idea has transitioned, notes Hillsdale College’s Richard Gamble, “from biblical metaphor to nationalist myth.”

Myth or not, the idea that God had bestowed his grace on the United States and its people was widely believed. His chosen people, popular belief also went, had a special obligation to spread ideas about good governance and justice, not merely within North America but ultimately throughout the world.

But the American colonists’ bitter experience under British rule tempered their enthusiasm for imitating its methods in their quest to propagate their particular worldview. Many Americans harbored doubts about the scope of any given country’s power and influence, and whether and how that power could justly be wielded. After all, the skepticism about whether a distant metropole could exercise effective and legitimate political control over a great and growing population was one of the defining themes of the revolution that eventually threw off the British yoke. “Small islands not capable of protecting themselves, are the proper objects for kingdoms to take under their care,” scoffed Thomas Paine in Common Sense, but there is something very absurd, in supposing a continent to be perpetually governed by an island. In no instance hath nature made the satellite larger than its primary planet, and as England and America, with respect to each other, reverses the common order of nature, it is evident they belong to different systems; England to Europe, America to itself.

Many of the Founders, and their descendants, held similar views. For the few and small to dominate the many and large defied common sense. Resistance to imperialism, British style or otherwise, thus persisted well into the 20th century and beyond.

On the other hand, Paine’s sense of what the Americans might achieve should they gain independence from England was breath-taking in its grandiosity. Indeed, it was biblical—this time of the Old Testament variety. “We have it in our power to begin the world over again,” he predicted. “A situation, similar to the present, hath not happened since the days of Noah until now. The birthday of a new world is at hand.”

In the late 18th or early 19th century, it was preposterous to think that the new nation tucked along the Atlantic seaboard in North America could wield power over others many thousands of miles away, as the British had effectively done. But as the United States prospered and grew, so did its influence.

Americans’ views on the question of what type of empire the United States could be, and should be, evolved over time. In the earliest days of independence, before the ratification of the new Constitution, Thomas Jefferson labeled the United States the “Empire of Liberty.” It would offer freedom to those already on the land and to new immigrants from the Old World. A quarter century later, after the U.S. government had enacted the Northwest Ordinance and completed the Louisiana Purchase, Jefferson envisioned the United States as a great “Empire for Liberty.” “Jefferson’s revision,” explains historian Richard Immerman, “signaled a commitment to a more aggressive, proactive extension of that sphere of liberty,” throughout the New World, and perhaps someday beyond it.

This was more than a semantic distinction. Immerman notes that “empire” was not a loaded term in the late 18th century. Empire did not per se signal exploitation or necessarily imply illegitimate rule.

The American colonists who rose up against their colonial masters objected to the manner in which Britain ruled them, not its being a nascent empire. Indeed, one of the grievances against the British Crown that the revolutionaries cited as a reason for separation was the prohibition on westward expansion after the French and Indian Wars. In other words, they were offended that the British Empire was denying them the right to exploit neighboring territories.

After the Treaty of Paris, which formalized the former colonies’ separation, the unshackled Americans got busy growing. And with each successive generation, the hunger for new land drove them inexorably west. In this sense, a number of Native American communities saw the new United States as a far more oppressive colonizer than the British Empire that came before.

Americans justified territorial expansion throughout the contiguous landmass of North America on both economic and security grounds. They also had an eye on lands separated by water: Cuba, Santo Domingo, and other Caribbean isles; then Hawaii and the Philippines; and later Panama. By the early 20th century, the United States had in fact acquired a collection of colonies through conquest and coercive diplomacy rivaling that of many traditional European empires, though not yet close to that of Great Britain at the time.

The single factor that may have differentiated the United States from other colonial empires was not the scale of its expansion, but the reluctance that accompanied it. The United States is, writes Immerman, “an imperialist with a history of opposing imperialism.” It encountered “an unprecedented amount of trouble imposing its will on its dependents.” In the raucous rough and tumble of American politics, there were always those who accused their political adversaries of betraying the nation’s most cherished principles whenever some major territorial acquisition was in the offing. Such charges were invariably answered by loud protestations to the contrary. “Americans’ self-image as the bastion of liberty and their identification with the Constitution,” which enshrined classical liberals’ ideas about the proper balance between the government and the people it served, Immerman explains, constrained both the politics and practice of the American empire.

American history students are taught that Thomas Jefferson’s 1803 purchase of the vast territory of Louisiana from France was a signature achievement of his presidency and an essential step on the path to American greatness. Even those historians who were not generally inclined to extol Jefferson and his governing philosophy were effusive in their praise. Henry Adams recorded that the acquisition of Louisiana had been “an event so portentous as to defy measurement” and an “unparalleled” diplomatic move.

The price was a bargain: 828,000 square miles at a cost of $15 million, a mere 4 cents per acre. It paved the way for westward expansion, eventually all the way to the Pacific. The acquisition of Louisiana eliminated any lingering French threat in North America and removed a buffer between the United States and Spain, bringing new pressure to bear on the declining Spanish empire. Jefferson saw the Louisiana Purchase as a key component of his vision for creating an Empire of Liberty.

But while most Americans at the time shared Jefferson’s enthusiasm, some questioned the move. Many of these criticisms were grounded in classical liberals’ anxieties about the dangerous growth of state power, particularly in the realm of foreign affairs. Jefferson had clearly violated the limited and enumerated powers of the Constitution in concluding the purchase without Congress’s approval. By what authority, critics wondered, had he pledged to dramatically expand the supposedly limited federal government’s dominion and pay this substantial sum?

Jefferson had to overcome his own qualms about the purchase. The Constitution, he noted, “made no provision for our holding foreign territory, still less for incorporating foreign nations into our Union.” To Sen. John Breckinridge of Kentucky, he confided that his unilateral executive action clearly constituted “an act beyond the Constitution.”

On the other hand, Jefferson was worried that Bonaparte would change his mind and renege on the agreement. Jefferson therefore hoped to conclude the deal quickly and avoid needless delays. His cabinet officers, including his secretary of state, James Madison, convinced him that a constitutional amendment was unnecessary. Jefferson convened a special session of Congress in October 1803 to approve the sale and pass the necessary companion legislation. The Senate vote far exceeded the required two-thirds for treaty ratification—a mere five senators voted against—and the House swiftly passed legislation providing the necessary funds.

The dissenters, primarily anti-Jeffersonian Federalists from New England, were a minority within a minority. The few Louisiana holdouts were accused of playing politics or downright treachery. Partisanship and a visceral distrust of Jefferson clearly played a role in their opposition. But these men, including Sens. James Hillhouse of Connecticut, Timothy Pickering of Massachusetts, and William Plumer of New Hampshire, were among the first to display a fealty for Constitutional principles that might—and they said should—supersede the drive for territorial expansion. Pickering went so far as to propose northern disunion in 1804. Pickering’s plan, notes historian David Mayers, “was based upon defensible concern for the Constitution, understandable anxiety about the shifting balance of power between north and south, and premonitions of a stormy future centered on the slavery question.”