The Persistent Threat of Aviation Hijacking 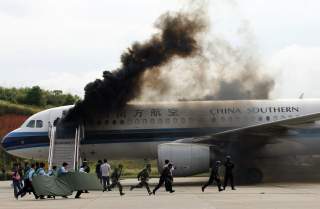 On February 24, on a flight from Dhaka to Dubai, a Bangladeshi national named Mohammad Palash Ahmed brandished a toy gun and managed to hijack a passenger plane carrying 156 people. His demands were not for the freedom of an oppressed land or the release of some fellow fighters, but only to speak with the Bangladeshi prime minister about his failing marriage to a popular actress. The situation ended with the plane landing at Shah Amanat International Airport where Ahmed refused to surrender and was killed by security personnel.

While hijackings today are notable for their rarity, Ahmed’s act was not dissimilar from past incidents. As consultants, we recently compiled a new database of attacks on aviation assets for a client. While the complete data remains proprietary, this recent event allows us to apply the findings publicly for the first time. What this teaches is that as the focus of global security shifts, the tactics, techniques, and procedures of the past have never truly gone away. While focus rightly returns to great-power competition, policy makers and practitioners should not forget the hard-earned lessons of past security challenges.

Aviation assets in Bangladesh have rarely been the targets of hostile actors, despite decades of on-again, off-again civil unrest. In total, there are only six aviation attacks—two bombings, two incidents of protests spiraling out of control and damaging facilities, and two previous hijacking attempts. In 1979, a lone hijacker demanded money and another aircraft to escape to somewhere unknown. While the man was able to force the flight to divert to India, he later surrendered to negotiators. The second incident took place in 1996 when one man attempted to take over the flight but was quickly overpowered by passengers and crew. His motive went unreported.

Hijackings by a lone actor, as was the case in both past Bangladeshi incidents and the recent one, have been the rule rather than the exception. Of the 991 hijacking attempts we counted, surprisingly few were carried out by organized terrorist groups or seemed to have any connection to an ongoing conflict at all. We coded each of the cases as “yes” or “no” based on whether we judged them to have an affiliation to organized armed struggle (notwithstanding general motivations that were only in part political, such as the rash of hijackings in the 1950s by refugees from Eastern Bloc countries). It appears that 853 incidents, or 86 percent, had no such affiliation. So while a few prominent events burned the image of the idealistic terrorist commandeering an aircraft for some higher purpose into the public imagination, such incidents are actually a historical rarity in the full history of hijackings.

Aside from asylum attempts, most lone hijackers possess individualized motivation that we as analysts classify as “personal/idiosyncratic.” This most recent hijacking seems to fit the category given Ahmed’s reported marital concerns and possible mental health issues. We judged that perpetrators with “personal/idiosyncratic” beliefs were responsible for 131 of the 991 incidents, or just over 13 percent. That does not seem like a large amount, but only purely criminal incidents, where hijacker demanded only money (think D. B. Cooper) or tried to divert an aircraft to flee justice (seventy-eight incidents) and Communist/left-wing (sixty) come close to inspiring as many lone actors.

Ahmed’s demand to take his grievance directly to the prime minister is unusual, but not unprecedented. A subset of the “personal/idiosyncratic” includes at least four incidents of hijackers demanding a personal audience with a world leader. In 1972 an Italian man demanded to meet with Pope claiming to be “Jesus Christ, Superstar.” It is not clear if he was the second coming of the savior or the Broadway musical. Seven years later, a German man demanded to meet the chancellor but settled for being allowed to release a statement to the media before he released the passengers. In 1988, a Brazilian man demanded to meet his president to discuss personal economic matters. Finally, in 1996, an Egyptian man and his son claimed they needed to speak to Muammar el-Qaddafi to deliver a message from God. Perhaps Qaddafi had not heard the gospel of “Jesus Christ, Superstar” from the 1970s.

It appears from the open sources that Ahmed’s only weapon was a toy pistol (though Ahmed also may have bluffed his way into the cockpit with a fake bomb). Actual firearms have been the weapon of choice by hijackers, used in 390 incidents either as the sole weapon or along with explosives, incendiaries, or other weapons. Still, a significant number of perpetrators have either used fake weapons or bluffed their way with none, 111 in total. It might seem that a toy pistol could be a weapon of choice because it is easier to sneak on board in the wake of post–9/11 security upgrades, the data does not confirm this. Hijackings with fake weapons peaked in the early 1990s, primarily driven by escapes from the former communist bloc, when refugees used everything at their disposal, before declining along with all hijackings.

Finally, Ahmed’s attempt was unsuccessful—his demands were unmet, and he lost his life. Of the 991 hijackings, we judged roughly half (471) we judged as ending unsuccessfully—with the hijacker killed, arrested, or otherwise causing minimal disruption. Seventy-nine hijackers have been killed in the attempt not including intentional suicides of the 9/11 terrorists). In most of those cases, the hijacker was the only fatality. While most hijackers live to tell the tale, the numbers are a reminder that even before 9/11 the idea of officials and the public cooperating with a hijacking has been somewhat overstated.

The recent event in Bangladesh is atypical in our time, but not unparalleled historically. The attributes of this situation find ample precedent in previous decades worth of events. As national-security professionals reorient their focus on traditional challenges of great-power rivalry, the basics of protecting critical infrastructure such as aviation assets must not be lost. It only takes one screwball to throw a wrench in the system.

Steve Hoodjer is an intelligence analyst, U.S. Army veteran, and consultant specializing in terrorism and nuclear security. He holds a Master of Public Policy degree from the University of Northern Iowa.

Paris Cione is a consultant specializing in terrorism and global security. She is a senior at The George Washington University majoring in International Affairs.