Is Political Correctness Destroying the Oscars? 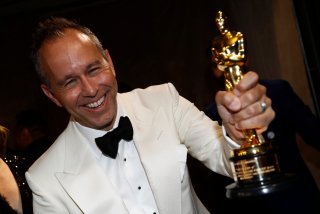 The Oscars are being refurbished. According to a new edict from Hollywood, only a film that meets stringent quota criteria and standards of inclusivity will be qualified to take part in the nomination for best picture. As it happens, those standards are replete with Left-wing groupthink. A few highlights: At least one of the lead or supporting actors must be a minority, with around thirty percent of the cast having disabled, LGBT, or women roles. The same goes for cast, crew, interns, spot boys, the chap who gets morning tea, the random onlooker, Redditors who manage to sneak pictures of shooting spots, and the like. I probably made up a few, but one never knows, let’s give it time, folks.

Under the new rules, historical and period films are mostly museum pieces, unless one is willing to suspend his or her disbelief and sit through a Hamlet or Patroclus or d'Artagnan that flouts all convention. That is fine in a theatre. One can expect a soft Bengali-Brit mix accented “I can add colors to the chameleon” if Richard III is staged in La Martiniere, Kolkata. Noma Dumezweni, after all, played Hermione Granger in London. But for a film, one expects a bit more historical realism. Not anymore. Classics, already retreating and hated in modern academia, are now arguably untouchable in the film industry. Or at least, untouchable in a historically accurate form.

Academy following academia is a trend. The quotas are not just in Oscars. A 2013 study, for example, found that without affirmative action, Harvard would end up being 43 percent Asian, 38 percent white, and 0.7 percent black. The American Asian population is around 5 percent. Nor is this all. We now learn that the American Psychological Association meanwhile seeks to cure the disease of capitalism and dismantle institutional racism. Historians can find a faint anxious echo of an earlier time when psychology was used as a political weapon on thought criminals in another formidable superpower by the ruling elite.

All entertainment aside, watching institutions implode or commit suicide can either make one sad or wonder if this is the time to let the market decide and build new institutions, where woke rules do not apply. Historically there can be no neutrality with facing the ideologues, and ideologues need to be balanced or purged. What is stopping those opposed to these sinister trends from funding their own version of academia and industries, following the true criteria of merit? There’s no scarcity of media houses, that proponents of liberty now control, thereby denying the monopoly of information to an otherwise notoriously one-sided media echo-chamber. Why not start separate universities as well? Why not independent films, reviewed by genuinely neutral media?

The market will surely decide based on the true quality of research or performance. If all erstwhile formidable institutions start endorsing and instituting quotas based on identities, the logical conclusion would be a bloated bureaucracy with diversity commissars, who in turn will wreck the cost and economy of the institution; as well as undermine the confidence of the common public who are already skeptical of national media and the “there are seven hundred genders” expert class. There remains a huge market gap to exploit.

But ultimately, there should be no misunderstanding about what is happening in reality. We are, for lack of a better word, living under a revolutionary edifice. “During a period of revolution,” Trotsky wrote, “only that literature which promotes the consolidation of the workers in their struggle against the exploiters is necessary and progressive.” The subordination of literature to politics, of independent thought to historical necessity had a melancholy outcome in the twentieth century, but the lessons of that grim era are rapidly vanishing into the past.

Nothing is sacrosanct, no coexistence is possible with such an evangelizing force. Everything will be judged under those revolutionary paradigms, and if anything falls short, a forced egalitarianism will ensue. We are, likewise, seeing art being subservient to ideology. Merit, quality, beauty, stability—all wantonly sacrificed for forced equality of outcome by the ignorant in quest of chimerical enlightenment. Of course, that will never be possible without sacrificing quality, and like every revolutionary regime in history, these pursuivants of the latest ideological fashions will once again be the architects of their own collapse, in ways both small and large.