Political Instability Is Holding Israel Back 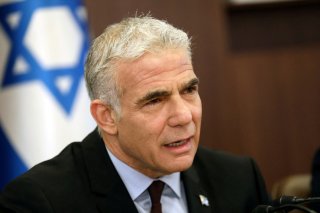 Yair Lapid has become Israel’s interim prime minister, one year after the coalition government broke Binyamin Netanyahu’s long hold on power. Lapid’s first challenge will be facing off the foe that his allies had thought they had vanquished, Benjamin Netanyahu, who has vowed to return to power. It will not be easy.

The outgoing government was the most diverse in Israel’s history, drawn from eight parties from across the political spectrum—including those with ideologically opposing views. It also contained an independent Arab party for the first time since the Jewish state was born in 1948.

Israel has seen a record-setting cycle of elections since April 2019 as political parties, time and again, failed to gather enough seats to form a governing, majority coalition. This past year, the coalition between Lapid, Naftali Bennett, and Benny Gantz temporarily broke the stalemate. Now it is back to horse-trading days of 2020.

For the fifth time in four years, Israeli voters will be called back to the polls. The unprecedented coalition from the Left to the far right held out for a year and was able to vote on and pass a budget. These are real accomplishments, given the unstable coalition and paper-thin majority that kept it in power. Still, do not expect the coalition to easily return to power. None of the party coalitions will reach a majority, according to public-opinion surveys, if the elections were held today.

Meanwhile, Israel is on the crest of enormous historical opportunities. Thanks to the Abraham Accords, it can now enter into alliances with its Arab neighbors on national security, high technology, farming, science, and many other fields. This opportunity must take precedence over the demands of tiny political precincts.

President Joseph R. Biden’s visit to the region is expected to reinforce the ongoing cooperation between Israel and the Arab States. All the doors to a safer, more prosperous future are now open—if Israel can gather the will to stand and walk through them.

Political instability is holding Israel back, in two ways: First, Israel’s new partners need people they can work with over a period of years, not weeks. Every time Israel reshuffles its leaders, the new officials want to stop and study the situation while Arab leaders will be hoping that Israel sticks to an agreed timetable. Is it wise to change pilots in mid-flight? But above all, this instability serves the interests of Iranian regime. By dispersing its nuclear facilities and strengthening allied paramilitary groups in Lebanon, Iraq, Afghanistan, Yemen, Syria, and the Gaza Strip, Iranian regime has become a dangerous player in the Middle East; repeatedly challenging the interests of the United States, Israel, and the Gulf States.

The political instability in Israel can undermine the ability of Israel’s Arab neighbors to work alongside the Jewish state. The signatory countries of the Abraham Accords will be the first to be embarrassed if this instability continues and if the far-right ends up in a governing coalition. Don’t be fooled into thinking that Arab regimes are immune to public opinion; they are as captive to public opinion as any West leader. Israel’s next elections could write the future of the Middle East. If Israel’s leaders put personal histories and ancient grievances aside, a new bloc could emerge that works in Israel’s long-term best interest—shared prosperity and shared security with nearby Arab states.

At the center of the coalition needs to be a genuine leader, a visionary and man of action. Israel is fortunate enough to have a number of those. Can the leader be found, and the coalition forged?

The Israeli genius is capable of it.