Is Political Islam Compatible with Democracy? 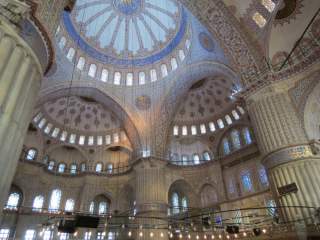 At the dawn of the so-called Arab Spring in 2011, diplomats, politicians, and intellectuals debated a fresh question: what role can Islamist political parties play in a fledgling democracy?

It wasn’t an esoteric or academic debating point. In the tumult that followed the collapse of dictatorial governments in Libya, Egypt, and Tunisia, groups of radical Islamists had organized themselves into political parties and attempting to use the ballot box to get them to where the cartridge box could never take them—control of national governments. This was a new strategy on the part of Islamists. Ever since their emergence in the 1940s and their public appearances in the 1960s, Islamists had ridiculed democracy as an effort to elevate man’s law over God’s law. They also faulted democracy for sowing confusion by changing its laws over time. How can the truth change?

Given their hostility to majority rule and their static idea of law, the Islamists did not gain much support beyond a fraction of the intellectual class for much of the 1960s, 1970s, and 1980s. Then they changed tactics. They began to complain openly about political corruption, presenting themselves as a pure alternative. Of course, they were pure because they had no power and therefore received no bribes or special favors from businesses, unions, or insiders.

When the street demonstrations began in 2010 and 2011, the Islamists initially played very little part. The clashes with police and soldiers were dangerous, and they feared a crackdown that would seize their offices and other assets while putting their leaders in prison. Once the demonstrations gathered sufficient strength and public support—and, crucially, the attitude of the rank-and-file police officers had shifted to cold understanding—the Islamists joined in. Their superior organization and ability to mobilize large numbers of followers through mobile and social media networks immediately gave them a leadership role in the very protests that they did not start or sustain during the early, dangerous days. Nevertheless, they ended up receiving a large measure of public credit for demonstrations and the toppling of dictators and reforming of monarchies. And, strangely, the Islamists were welcomed into political power by american and other Western countries in the hopes that elections would temper and tame them.

Thus came the question about the compatibility of political Islam with democracy. Sadly, we are now learning the answer.

In Egypt, the Muslim Brotherhood came to power, after 70 years of an adversarial relationship with the Egyptian state. They did not move slowly or carefully, but impatiently, with frighteningly large changes. It soon became clear that the Brotherhood intended to remake Egyptian society by force, rather than simply root out corruption and create economic opportunity for the tens of millions trapped at the bottom of society. While they made no moves to break up the solid monopolies that had slowed Egypt’s economy for decades (indeed, they intended to enrich themselves off of those monopolies, not reform them), they sought to ban bikinis on Egypt’s Mediterranean and Red Sea beaches. Tourism income from those beaches, directly and indirectly, contribute almost 20% of Egypt’s national income.

It was a rash move that frightened many taxi drivers, waiters, hotel workers, and others who saw that the Brotherhood intended to eliminate the small incomes they earned in the name of religious correctness. Other moves which sought to give the Brotherhood absolute power were equally frightening. The military coup that toppled the Islamists was welcomed by at least half of the Egyptian population as a return to Rule of Law. In short, Egypt’s experience with the Islamists was short and scary—it was clear that the Brotherhood saw elections only as a means to getting into power, not as a check on themselves once in power. Indeed, they may have planned to never hold another election.

In Tunisia, the Islamist party known as Annahda came to power promising to obey the new constitution, follow the rule of law, and behave like a normal political party. Eventually, it had to separate itself from its Dawa wing (which is devoted to preaching a radical message in mosques and homes and evangelizing the use for radical Islam, with radical Islam). Critics contend that the party is not entirely separated from its energetic evangelists. Despite the extraordinary moves—undertaken in the face of great public pressure—the popularity of the Annahda continues to decline and both Tunisia’s economy and political system are in turmoil.

In Jordan, the Islamists were initially welcomed to participate in the democratic process in the wake of the Arab Spring street demonstrations. But their time as an accepted political party was short. As soon as they began to loudly use their political platform to challenge Jordan’s long-standing peace treaty with Israel, and that treaty challenge provoked street violence in Jordan. In Amman, they were ejected from the political process by the King’s government.

In Libya, it is hard to evaluate the role of Islamists in politics since their militias are usually seen shooting at policemen or menacing the few hardy businessmen who consider investing in that troubled Mediterranean land.

Morocco should offer the best case toward Islamist participation in democratic politics. The Islamist PJD swept the first parliamentary elections after the constitutional reforms devolved virtually all political power (except for military, diplomacy, and intelligence) from King Mohammed VI to an elected Government. While the PJD did win the most votes

The Morocco seemed, and still is, an exception. The king proposed a new constitution which gives wide powers to the head of government, from the majority. The PJD came first, but not the majority, far from it, since it represents only about 20% of the votes, it never commanded a majority. So it built a coalition government with several Moroccan  parties.

Morocco that was thought, where the monarchy is historically rooted , and where the king is the commander of the faithful, and thus with the religious monopoly, offered the best environment for the integration of political Islam in a democracy.

In power for over five years, the Islamists have made no real significant economic reforms. This comes as a surprise, since the decade preceding their power was marked by a rapid series of modernizing reforms in banking, telecommunications, taxation, manufacturing, and a pile of half-done reforms awaited the Islamists when they first came into office. These reforms mattered, because Morocco’s fast-growing youth population means that the economy must grow at least six percent a year in order to avoid an increase in youth unemployment. And, as every political observer knows, it is dangerous to have large numbers of men under the age of 30 jobless. Instead, as in other Arab lands, the Moroccan Islamists have been distracted by symbolic and spiritual issues . Islamist party leader Benkirane, at a rally in the southern city of Agadir on the Atlantic coast, approvingly cited Ibn Timia, an obscure radical Islamist thinker from centuries past, and referred to his efforts to win reelection as a “jihad.” Benkirane even speaks of availability for martyrdom, as if he were in a jihad and not in free elections in a democracy.

It’s also instructive to note that as the Islamists have run the government, they have brought something new and ugly into Moroccan politics: anti-Semitism in public fora. While their anti-Jewish hate speech might solidify part of their base support,  it has made the Jewish minority fearful and coarsened the national conversation.

On all of the evidence of the past few years, in every country where the Islamists have enjoyed power, it is clear that they see democracy as a means, not an end. Indeed, they plainly do not like being subject to removal through elections. They long for what the African Communists used to demand: “one man, one vote, one time.” They wish to come to power and never be removed. Whatever else this is, it is not a democratic sentiment. Once in power, record shows that Islamists focus obsessively on ideological agenda items or what women may wear in public, rather than economic growth, clean water, job creation, and the other practical demands of the public. Islamists may be especially dangerous to new democracies, that do not have stable institutions and decades of traditions to protect it.

Clearly, political Islam cannot be tamed by democracy, but it can devour and destroy democracies. American policymakers and Western governments would be wiser to promote the strengthening of democratic institutions, rather than forcing new democracies to welcome the toxic Islamists.