Prepare for a More Authoritarian China 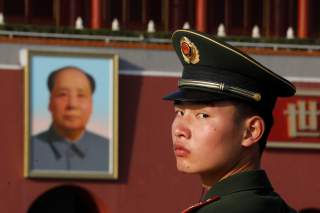 With the onset of China’s economic reforms in the late 1970s, a widespread belief took hold in the United States and throughout the Western world that establishing robust economic relations with the “new China” would lead to gradual political liberalization. That belief persisted even after the communist government’s June 1989 bloody crackdown on pro-democracy demonstrators in Tiananmen Square. Most proponents of increased diplomatic, political, and economic engagement with Beijing (including this author) concluded that the massacre, however tragic, was merely a regrettable interruption in the long-term liberalization process. Robert B. Zoellick, Deputy Secretary of State under President George W. Bush, memorably expressed the prevailing expectation that a more open China would become a “responsible stakeholder” in the international system.

Developments in recent years should create doubts about that assumption. Under President Xi Jinping, China has become noticeably more authoritarian, not less, at home. His presidency has been characterized by an insistence that all individuals in positions of responsibility devote more serious study of and adherence to Marxist-Leninist doctrine. He has conducted a systematic purge of the Party’s ranks in the name of combating corruption. Although that appeared to be a reasonable justification in some cases, given the level of corruption that had developed along with China’s meteoric economic growth, in other cases Xi seemingly used it as a pretext to get rid of personal and ideological rivals.

There was no question that he was determined to enhance and perpetuate his dominant role. Although China remained a one-party state even after the demise of Mao Zedong’s totalitarian rule, implicit political reforms became an impediment to rule by a single individual. An especially crucial measure was the establishment of term limits on the powerful post of president. Xi and his followers eliminated that restriction in 2018, enabling him to hold the office indefinitely.

An array of autocratic policies has accompanied the growth and perpetuation of Xi’s personal authority. The government’s Orwellian “social-credit” system is used to restrict the travel and other rights of actual or potential critics. Prominent liberal economists, who once enjoyed Beijing’s favor or at least toleration, are now targets of growing campaigns of harassment. Only incurable optimists or the willfully blind would argue that today’s China is more tolerant and open than it was a decade ago. The trend is toward greater repression and regimentation, not greater liberalization.

Beijing’s foreign policy is exhibiting a similar worrisome pattern. As its military power has expanded, China’s behavior has become noticeably less accommodating, if not outright aggressive, in such locales as the East China Sea, the Taiwan Strait, and the South China Sea. In the East China Sea, Beijing is contesting Japan’s control of the Senkaku islands and pressing its own claim to that territory. In addition to national pride, China’s pressure reflects a desire to control extensive fishing resources and probable oil and mineral wealth in the waters surrounding the uninhabited Senkakus.

Beijing’s belligerence is even more evident in the Taiwan Strait. A senior Chinese official, Liu Junchuan, boasted that “the contrast in power across the Taiwan Strait will become wider and wider, and we will have a full, overwhelming strategic advantage over Taiwan.” Speaking on June 1, 2019, at the Shangri-La Dialogue, the annual multilateral conference on Pacific security issues, Defense Minister Wei Fenghe warned against efforts either in Taiwan or foreign countries to thwart China’s goal of reunification. Wei added ominously, “If anyone dares to split Taiwan from China, the Chinese military will have no choice but to fight at all costs, for national unity.”

In addition to its own accelerated military activities in the Taiwan Strait, China is reacting with intense hostility to the transit of naval vessels from any other country. Most of Beijing’s angry protests have been directed at the United States for sending warships through the Strait, but Chinese officials display similar intolerance toward other powers. When a French naval vessel sailed through the Strait. Beijing responded with a vitriolic protest. It is evident that Chinese leaders not only regard Taiwan as part of China, but also consider the entire Strait to be Chinese territorial waters.

There also are multiple signs of a more assertive, uncompromising Chinese policy in the South China Sea. China’s protests about U.S. “freedom of navigation” patrols have become increasingly shrill, and China’s warships are now shadowing and harassing the American vessels. There are worrisome threats from the Chinese military hierarchy to escalate the confrontational policy.

Beijing’s autocratic domestic and international tendencies blend together in the government’s policy toward Hong Kong. When the PRC regained sovereignty over Hong Kong from Britain in 1997, Chinese officials assured residents that they would enjoy extensive self-rule. Hong Kong was legally designated as a “Special Administrative Region” to emphasize its unique autonomy. Beijing would make decisions pertaining to foreign policy and national security, but on most other matters, the people of Hong Kong would run their own affairs.

Unfortunately, the Chinese government’s erosion of that autonomy has accelerated in recent years. When Beijing and its appointed chief executive in Hong Kong proposed an extradition agreement that would have given the PRC enormous leverage over Hong Kong’s ostensibly independent judicial system, large, angry demonstrations erupted. Chief executive Carrie Lam then withdrew the bill from consideration, but anti-government demonstrations have persisted and even grown in both size and virulence.

Beijing indicates how it is likely to respond if such defiant behavior persists. A defense ministry official warned that demonstrators were now challenging the authority of the central government and the principle of “one country, two systems”—the legal basis of Hong Kong’s autonomy. The Chinese military command stated further that troops can be deployed to Hong Kong to maintain order at the request of the city’s government, adding that the July 21 siege of the mainland government’s liaison office in the city was “intolerable.” Such a “request” would come from Hong Kong’s chief executive—i.e., Beijing’s appointee.

That warning is more than a little ominous. However, such a crackdown might finally gain the attention of politicians, pundits, and policy wonks in the United States who have thus far persisted in the illusion that engagement with China will inevitably lead to that country’s political liberalization and peaceful international behavior. True, greater economic openness and trade with the outside world has produced a remarkable improvement in the living standards of the Chinese people, and that development is gratifying. But members of the political and foreign policy communities in the United States and throughout the democratic West need to face the reality that such progress has not led either to political reform in China or more accommodating behavior from Beijing abroad. Indeed, the trends in both cases point in the opposite direction.

Ted Galen Carpenter, a senior fellow in security studies at the Cato Institute and a contributing editor at the National Interest, is the author of 12 books and more than 800 articles on international affairs.