To Up the Pressure, Washington Must Sanction Russian ADRs 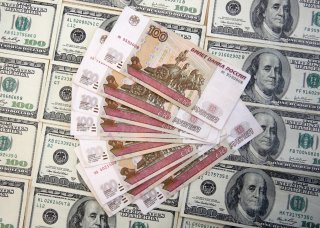 After the Russian invasion of Ukraine, the West has imposed an array of powerful Western sanctions on Moscow to pressure Vladimir Putin into backing down. But with Putin showing no real willingness to retreat, Washington and its allies need to continue ratcheting up the pressure. One way to send a shockwave into the heart of the Russian economy is to target Russian firms cross-listed or traded in U.S. stock markets through American Depository Receipts (ADRs) or Global Depository Receipts (GDRs). While the United States has sanctioned two cross-listed firms, there is no sign that the Biden administration is planning to impose a blanket sanction against Russian ADRs and GDRs. While doing so would carry costs for American investors, that price is worth paying to increase the cost Putin will pay for continuing his war of aggression.

ADRs and GDRs allow American investors to invest in publicly traded foreign firms without buying shares in those firms on a foreign stock market. Instead, with an ADR, a U.S. depository bank sponsors securities that represent shares in the foreign firm. A GDR is similar, except the shares are issued in more than one country.

Foreign firms use ADRs and GDRs to secure greater access to capital and to burnish their reputations by subjecting themselves to the more robust corporate governance standards required by the U.S. stock markets and regulatory authorities. These firms are generally large, economically significant, and—because of their international presence—quite sensitive to sanctions. This makes them a prime target for financial warfare.

According to the Citi GDR database, there are currently fifty-six Russian companies cross-listed in the United States or sponsored by American banks and listed on other Western stock markets such as London Stock Exchange.

Among these fifty-six Russian companies, only two—state-owned Sberbank and VTB Bank, Russia’s two large banks—have already been sanctioned by the United States. The U.S Treasury Department sanctioned them on February 24 after Russia launched its full-scale invasion of Ukraine. Using Executive Order 14024, Treasury prohibited U.S. financial institutions from providing Sberbank with correspondent or payable-through accounts and from processing transactions involving Sberbank or its foreign subsidiaries. Treasury added VTB Bank to its Specially Designated Nationals and Blocked Persons (SDN) List, freezing the bank’s assets and prohibiting U.S. persons from transacting with it.

In response to Moscow’s invasion of Ukraine and Western sanctions against Russia, U.S. exchanges suspended trading of Russian ADRs and GDRs. The Bank of New York, the depository bank for VTB Bank, resigned, likely because of the legal implications of VTB’s full blocking sanctions and inclusion on the SDN list. The other suspensions likely reflect an abundance of caution, as these Russian firms are not yet under any sanctions. Additional suspensions and restrictions will follow if the Western allies designate those Russian companies or their economic sectors.

Of course, this would come at a cost for the United States as well as Russia. Russia is far more economically interconnected with the West than previous sanctions targets, such as Iran, North, Korea, and Iraq. This interconnectivity means Russia has more to lose, but so does the West, including the United States.

Ordinary Americans own shares of cross-listed Russian firms as part of their retirement accounts, in mutual funds, exchange-traded funds, or directly as ADR or GDR shares. A quick look at the shareholders of some of these companies shows significant investment by Western institutional investors, including American ones. U.S. investors alone own tens of billions of dollars in equity holdings in Russian firms through mutual funds and exchange-traded funds. In late February and early March, holdings in cross-listed Russian firms lost value and are now mostly illiquid. The decline in value of the two sanctioned firms exceeds those of non-sanctioned firms, which suggests imposing firm-specific sanction creates a larger negative abnormal return. Firm-specific sanctions also impose an additional layer of constraint that prevents the price of designated firms from bouncing back.

Still, this is a price Americans, both major corporations and ordinary citizens, have shown themselves willing to pay. Putin’s unprovoked aggression against Ukraine has ignited a global outpouring of support for Ukraine and for tough economic measures against Russia. U.S. companies have scrambled to disassociate themselves with Russia. An NPR/PBS NewsHour/Marist poll published on March 4 found that 83 percent of respondents support sanctions against Russia, up from 67 percent in a similar poll released a week earlier. When asked whether they support sanctions even if it meant higher energy prices, 69 percent still said yes, up from 51 percent.

The United States failed to deter Russia through diplomacy, arming Ukraine, and threats of sanctions. Stopping Russian aggression requires Washington to impose decisive pressure on Russia, including through economic warfare. Washington should strengthen its sanctions against Moscow through a variety of means, including by targeting Russian firms cross-listed in the West and traded on Western stock exchanges. It will not be painless for American investors, but the pain Putin will suffer will be far more.

Saeed Ghasseminejad is a senior advisor on Iran and financial economics at the Foundation for Defense of Democracies (FDD), Follow Saeed on Twitter @SGhasseminejad. FDD is a Washington, DC-based, non-partisan research institute focusing on national security and foreign policy.