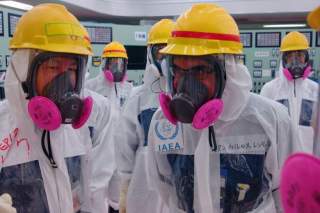 In the post–Iran deal period, the international community in general, and the P5+1 in particular, face two major challenges. The first regards the rigorous implementation of the JCPOA, and the second pertains to the essential lessons that must be learned from the Iran case and applied going forward in order to avoid “future Irans,” as it were. The ultimate objective is to minimize to the extent possible all avenues to acquiring a military nuclear capability, for all nonnuclear-weapon state members of the NPT.

Because of Iran’s advanced nuclear program, many remain quite skeptical in the post–Iran deal period about the potential of the JCPOA to provide a long-term solution to the Iranian nuclear crisis. Keeping Iran in check will require a sustained and determined international effort, but over the past eleven months, the strong international players have seemed more interested in getting back to business with Iran without jeopardizing the deal than in pushing back against Iran's aggressive moves. This calls into question how determined they will be to ensure that Iran is not able to ultimately present the world with a nuclear fait accompli.

But since Iran is probably not the last state that will harbor military nuclear ambitions, an additional challenge facing the international community—and especially the nuclear supplier states—is to work to minimize the likelihood that other states will follow in Iran’s footsteps. Indeed, now is the time to direct attention to the possible means for ensuring that what happened with Iran—from the initial Iranian violations of its NPT commitments, through the long years of negotiations which attempted to bring Iran back to the fold of the treaty, and culminating with the less than satisfactory Iran deal—does not repeat itself in other cases.

Where should these efforts begin? Many of the current efforts in the realm of nonproliferation are focused on the proliferating state itself, trying to compel these potential proliferators—namely, nonnuclear-weapons state members of the NPT suspected of violating their treaty commitments by working on a military capability—to give up their military ambitions. But equally important are steps to strengthen the self-control of the supplier states themselves, and a fair question is why more efforts are not being made in this direction.

In assessing the situation, we should take the Nuclear Suppliers Group (NSG) as our starting point, because this agreement among nuclear supplier states has sought to implement guidelines for nuclear and nuclear-related exports in order to contribute to efforts to stem nuclear proliferation. Initially (1974) the group had seven members, but membership has grown over the years to the current 48. The problem with the NSG is that it merely encourages its members to use their best judgment regarding problematic transfers, but does not strictly prohibit them. Moreover, with 48 members that have conflicting national interests, this is not the best forum for tightening controls.

Rather, attention should focus on the six states in the world today that are suppliers of nuclear power reactors: Russia, France, Japan, South Korea, China and the United States. These states should be able to control reactor sales, in a manner that does not enable the recipient state to divert material. The major proliferation concern is work on the fuel cycle, and therefore what should be prevented by the six states is the provision of elements that are essential to establishing the infrastructure for the fuel cycle.

As such, the suppliers should agree among themselves that they will only offer the recipient states a package. This package would include not only selling the power reactor, but committing to provide the fuel to run it, which would be an added economic incentive for the supplier state. In return for the commitment to sell fuel, the supplier state would have to insist that the recipient not work on the fuel cycle, as well as to either return all spent fuel to the supplier (best option), or agree that whatever the recipient does with the spent fuel must be in full coordination with the supplier state. If a state does not agree to these conditions, there should be no deal. Egypt, Jordan, and Iran are currently not willing to commit to these conditions, but if there was a deal among the suppliers, they would have no choice. If every power plant supplied to nonnuclear-weapons state members of the NPT came with strict controls regarding the fate of the spent fuel, this could go a long way to stemming proliferation concerns, regardless of the behavior of the receiving state.

Another area where efforts should be directed today in order to lessen the chance of another Iran emerging on the scene in the future, as well as for the continued monitoring of Iran itself, regards the mandate of the IAEA. Improvements should be introduced which would enable the IAEA to more effectively carry out its duties; in today’s world, the IAEA’s role cannot be limited to ensuring that “all is well,” under the assumption that it most likely is. Following the string of NPT violators that have surfaced in recent decades, IAEA inspectors must be encouraged to develop a mindset for seeking out violations. In other words, the default expectation can no longer be that states are probably upholding the treaty; rather, a more suspicious attitude, not granting states an automatic benefit of the doubt, must be adopted. This will involve a change in the organizational culture of the IAEA, and retraining of inspectors.

A major hurdle in trying to curb potential proliferators will continue to be Article IV of the NPT, which guarantees nonnuclear state members the right to pursue a civilian nuclear program, while remaining silent on the specific issue of work on the fuel cycle. Iran has interpreted the silence to mean that it has a right to enrich uranium, as part of its right to a civilian program, whereas supplier states have come to understand how risky this is. The United States took steps to rectify the situation by establishing a “gold standard” for nuclear cooperation, and the UAE, for example, had to commit not to enrich uranium in order to close a deal with the United States in 2009. But these efforts suffered a major setback with the terms of the Iran nuclear deal, which ended up actually legitimizing Iran’s uranium enrichment activities. This unfortunate situation must be rectified, and the clause in the JCPOA claiming that the terms of the deal do not set a precedent for any other case will not suffice. Other states will balk at the situation in which Iran—the NPT violator—was granted a license to enrich, whereas they—members in good standing—are denied the same right. It will not be easy to square this circle, but it is imperative to address this issue head-on in order to reduce the risk of others going down the same path as Iran. An agreement among the six supplier states could certainly help.

A final area that must be addressed regards the political process that is chosen by leading international actors for dealing with a suspected NPT violator. Beyond referring the case to the UN Security Council for sanctions, the NPT as such provides no guidelines for this process. By default, each case is thrust into the arena of international politics, and each has followed a different path. Thus we saw, for example, that dealing with Iran began with EU-3–Iran negotiations and ended up with the P5+1 leading the international community in talks with Iran. In the case of the North Korean nuclear crisis that erupted for a second time in late 2002, in parallel with Iran, the relevant actors were chosen according to regional criteria, which was the backdrop for convening the Six-Party Talks. With no guidance for conducting the process, and with political interests of states pulling in different directions, staying focused on the goal of bringing the proliferator back to its NPT commitment, without making too many concessions, can get lost in the politics. On the other hand, creating an overly structured process can also backfire, resulting in a bureaucratic slowdown that could undermine the goal of taking determined action against the would-be proliferator at a very early stage.

Irrespective of the structure, the efforts to manage and ultimately solve any future proliferation crisis will have to entail certain guidelines or understandings to guide that process. If a decision is made to negotiate with the proliferator, it must be clear that the structure of such a negotiation will not be the same as between two states with a political dispute. In other words, use of the word “negotiation” should not imply a necessary give-and-take between two equal sides working to realize their common interest. Rather, the goal of negotiations with a determined proliferator is to bring a violator back into line through diplomacy, rather than having to employ military force. As such, an element of compellence will remain. If this is ignored, as was too often witnessed in the case of Iran, it is easy to fall into the trap of believing that the international negotiators have an equal responsibility to make concessions to the proliferator, with the resulting weakening of their leverage over the NPT violator.