The Problem With Post—Cold War Mythmaking 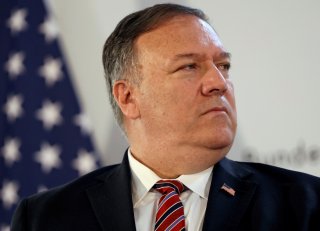 AMERICAN POLICYMAKERS are, therefore, confronted with a challenging predicament: do they prefer a Europe that is—while likely more aligned to American interests—united under one flag, one polity, and one army, fundamentally independent, and much, much more assertive? Such a Europe would occasionally side with China against the United States. But at the same time, a strengthened Europe would free up American resources, which could be refocused on China or used to secure a core Anglosphere political and military alignment. The alternative choice is to divide and rule Europe—to break up any attempt of EU  fiscal and military unity. That would result in Europeans continuing to be subservient to American interests and dependent on American might and resources. There would be no chance of buck-passing in this scenario.

There cannot be any mix of both strategies, as Europe shows no sign of choosing a side in the coming Cold War between the United States and China. Beijing is already attempting to divide the EU , and questions are arising as to whether the United States will do that as well, and what it considers to be a greater interest. The European Union, even if it consolidates, has no meaningful ability to militarily balance either Chinese or American pressure, though it might be able to balance Russia on its own. It would, however, have enormous financial power—enough to challenge both China and the United States. It would also be structurally wired to be equidistant from Beijing and Washington, as that is what an independent, European realist policy would dictate.

These, in sum, are the choices facing Europeans and Americans. Mainland Europeans want to maintain space between Washington and Beijing. They want no part in a technological Cold War, despite the desperate pleading of American Atlanticists, who are still refusing to see the cold reality. A few thousand years back, the Melians asked the Athenians if Melos is to be allowed to be neutral in the rivalry between Sparta and Athens. “No, because it is not so much your hostility, that injured us,” the Athenians replied, “it is rather the case that if we were on friendly terms with you, our subjects would regard that as a sign of weakness in us.” Sooner or later, the Americans may have to face the same decision of whether they can afford to allow a united Europe to be neutral, or even, at times, actively hostile to American interests, in exchange for a retrenchment policy that would relieve America’s fiscal burden and help Washington refocus and prioritize. The push will come to shove soon, and the tired hegemon will have to decide.