Promises Kept: The Trump Administration Has Paved the Way for Promoting the Culture of Life 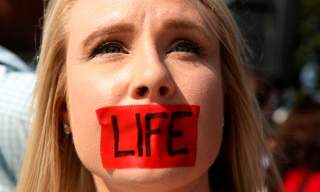 The Trump administration has elevated pro-life diplomacy to new highs and has created new pro-life expectations for all U.S. administrations going forward, illustrated by President Donald Trump’s historic participation at the March for Life and proclamation for a National Sanctity of Human Life Day. But despite this unprecedented attention to pro-life concerns, international policy on abortion remains mostly unchanged, largely because the pro-abortion European Union virtually controls UN social policy.

The president denounced the promotion of abortion by the United Nations in his statement to the General Assembly in September 2019. Administration officials threatened to veto UN Security Council resolutions over abortion-related terms like “sexual and reproductive health.” Additionally, U.S. diplomats have been instructed to amend UN General Assembly resolutions that include that terminology.

These are just a few of the “firsts” that America has seen under the Trump administration. So far, what the administration has done effectively is to press the pause button on the advance of abortion-related terms like “sexual and reproductive health” in UN resolutions.

But the administration has not reversed the gains of abortion advocates under the Obama administration. Abortion euphemisms continue to be used pervasively in UN resolutions without adequate qualification, and UN agencies continue to promote abortion with impunity.

There are both internal and external factors that militate against the success of U.S. pro-life diplomacy. On the one hand, the European Union has emerged as a formidable strategic foe on social issues internationally. On the other hand, elements of the U.S. foreign policy establishment have resisted and sabotaged U.S. pro-life diplomacy, essentially handing the battlefield to the EU bureaucracy.

In order for the pro-life cause to win internationally, it needs a coherent, systematic, and well-funded effort directed by competent and passionately pro-life officials. The goal of U.S. pro-life diplomacy must be, first, to break up the consensus of the European Union on social issues. Once that is achieved, it must build a viable pro-life coalition of countries to support pro-life diplomacy under the Trump administration, and to continue to implement it during future Democratic administrations.

To achieve these goals, Trump should consider appointing a pro-life ambassador at large, with real authority and funding, to develop and execute the necessary long-term strategy, tactics, and programming. Similar to the role of Ambassador at Large for International Religious Freedom, the mandate would promote pro-life priorities in all U.S. engagement with multilateral organizations and bilateral relationships.

The Department for Health and Human Services has tried to fill this need in recent months through a series of interventions at the United Nations. Thanks to the leadership of HHS Secretary Alex Azar, twenty-one countries joined the U.S. in a magnificent pro-life statement on the margins of the General Assembly. In addition, Secretary Azar recently hosted a pro-life strategy meeting with thirty-four countries in Washington, DC emphasizing that there is no international human right to abortion.

This level and quality of pro-life diplomacy is something entirely unprecedented from the United States. In order to translate this multilateral work into results at the United Nations, Azar is going to need the backing and assistance of the U.S. State Department. Unfortunately, it won’t be easy to get.

Despite Secretary of State Mike Pompeo’s strong pro-life credentials and outspoken defense of the unborn, promoting life does not come naturally at Foggy Bottom. Beginning in the Clinton administration, and especially during the Obama administration, the State Department would actively promote “sexual and reproductive health” language in UN agreements without adequate qualifications. More recently, under the Trump administration, State Department personnel have complained to the press about U.S. pro-life diplomacy and have even been known to undermine U.S. pro-life efforts.

Even U.S. pro-life interventions at the UN over the last three years have been crafted so as to not conflict with EU priorities, as U.S. diplomats openly admit. Since the EU promotes abortion and support for organizations that promote abortion, this essentially means that the EU bureaucracy has been able to overwhelm Trump’s pro-life policies. In just one example, the State Department has not reacted at all to the global anti-American campaign “She Decides” launched by European governments and guided by the UN and EU bureaucracies to oppose the Mexico City Policy.

A senior position in the State Department to coordinate U.S. pro-life diplomacy with the backing of the White House is essential at this point. Without Foggy Bottom, the good work Azar’s team has been carrying out will mostly remain in the realm of public relations and will have a limited impact on international policy.

Perhaps the greatest obstacle to advancing the pro-life cause at the UN is that there is little diplomatic or financial incentive for developing countries to work with the United States to advance pro-life policy. In fact, doing so can only hurt them. An army of articulate and persistent European diplomats routinely hound delegates and their capitals with instructions to oppose U.S. pro-life diplomacy. The instructions are backed by threats of cuts to foreign aid, of which the European Union is a formidable source. Unlike U.S. pro-life diplomacy, EU pro-abortion diplomacy is organized, coherent, and systematic. EU diplomats pace UN conference rooms with clipboards and spreadsheets to track the votes of all delegations.

By contrast, U.S. diplomats in New York have rarely made overtures to many of their counterparts to garner support for U.S. pro-life diplomacy. The pro-life amendments they have proposed in UN meetings have usually been late and without adequate explanations. The U.S. Mission at the UN has not held a pro-life event under the Trump administration.

This has to change. The pro-life cause must be a high priority at the U.S. State Department, just as preserving ambiguous UN policy about “sexual and reproductive health” is indeed a priority of EU policy. Right now, there are few incentives for developing countries to risk crossing the EU bureaucracy, with all the consequences that might entail.

The vote on U.S. pro-life amendments in the General Assembly in December showed just how much of an advantage the Europeans currently have over U.S. pro-life diplomacy. The U.S. gained support from fifteen countries in the General Assembly in 2019, as opposed to none in 2018, which at least shows that Secretary Azar has been able to gain some credibility for U.S. pro-life diplomacy. However, over 100 other countries voted against the U.S. and alongside the Europeans, as opposed to eighty or so in 2018.

It is time for the U.S. government to promote a culture of life and oppose the EU’s pro-abortion policies. Much like the U.S. government financed and propelled global abortion and LGBT advocacy through many billions of dollars under previous administrations, the United States is going to have to invest significant resources, both human and pecuniary, to build up the pro-life coalition necessary to stop an international right to abortion, including by creating financial incentives for countries to develop pro-life programming and funding for pro-life organizations. Without such investments, the only fallback for developing countries will always be the EU and UN bureaucracies, whose policies and funding are predictable and coherent, and always favor abortion.

This administration is running out of time. Abortion advocacy from within the UN system is at its peak. The time to fight abortion is now. If the Trump administration won’t do it, no one else will.

Stefano Gennarini is Vice President for Legal Studies at the Center for Family and Human Rights (C-Fam) in New York. Grace Melton is Associate for Social Issues at the United Nations in the Heritage Foundation’s DeVos Center for Religion and Civil Society.