Protecting the Cyber Commons: A Band of Brothers Approach 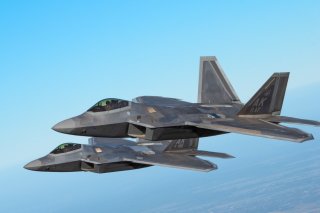 China plans to weaponize information technology to become the digital superpower of the twenty-first century. But China isn’t the only threat in cyberspace. Numerous pirates are sailing the cyber domain looking to reap the bounty of others or pillage the innocent. To assure a peaceful and prosperous future, we must keep the global cyber commons free and open.

The mission is threefold: preserve space for the free exchange of ideas, debate, collaboration, and information sharing; provide a secure environment protected from malicious and illegal activity; and keep cyberspace humming as an engine of access and affluence. None of these are the tasks of government alone and nor should the commons only be governed by corporate interests. Civil society has an important role to play in linking vibrant, creative, credible, and technically knowledgeable voices committed to advancing freedom, security, and prosperity for all.

New initiatives are needed to make that happen. Here, we outline the framework we believe is required to match the challenges and opportunities the free world faces in cyberspace today.

The “commons” is an old term with new relevance. For centuries, global prosperity benefited from freedom of the seas: the right of all nations to navigate freely, lay submarine cables, fish, and conduct scientific research in international waters. All of this facilitated global exchange and, in the modern era, nations went further by negotiating land travel and air transit rights to enable global commerce and transit. Safeguarding these “commons” has long been a strategic objective and vital interest for many free nations.

Today, cyberspace is a new commons that is equally crucial to the free exchange of ideas, goods, services, and people. Though nations do not have sovereignty over cyberspace per se, they do retain sovereignty over access to cyberspace and its use within their borders. Thus, collective national action has created the contemporary cyberspace commons. Securing porous digital borders in cyberspace will continue to be challenging for those seeking to responsibly maintain the commons.

The cyber commons are impacted by all the elements of national power, including military, economic, diplomatic, legal, and technical means and capabilities. Civil society plays a vital role in developing policies on how to blend these instruments to best serve peace, prosperity, and security. As the leading connector among governments, the corporate world, academia, and the public, nonpartisan research institutions are uniquely suited to protect, preserve, and empower cyberspace.

This kind of networking is often called Track II diplomacy, characterized by collaboration between non-governmental organizations (NGOs), which informs and “backchannels” information to government policymakers and provides objective and transparent research and knowledge in the public sphere to inform open debate.

Today, an interactive network of cooperation among members of the free world for the cyber commons has particular urgency.

Growing External Threats. China has robust ambitions in cyberspace and Chinese Communist Party (CCP) doctrine builds on a foundation of “civil-military” fusion. This means that all of the nation’s capabilities are subject to state authority and every instrument of economic, scientific, and military power can be applied in cyberspace. Conversely, cyber capabilities can be used in the service of government-directed activities.

Additionally, China’s information doctrine holds that “deterrence” by either physical or cyber means can be used to prevent an adversary from acting or compel a competitor to submit. What makes this aggressive doctrine menacing is not just China’s immense cyber power but its demonstrated willingness to use technological means, such as creating the Great China Firewall, to control its citizens’ access to the internet. Other nations, including Russia, Iran, and North Korea, have already conducted significant malicious cyber actions against free nations.

Rising Internal Discord. In the name of “protecting” the Internet, many free nations are adopting questionable practices that threaten free speech and lawful commerce. In the United States, for example, recently leaked documents from the Department of Homeland Security revealed a systematic effort to collude with social media platforms to block political speech by labeling it an extremist threat. Social policies such as diversity, equity, and inclusion (DEI) and environmental, social, and governance (ESG) standards have been employed to drive politically motivated content moderation on cyber social networks.

Undermining International Organizations. International organizations have been an important platform for multinational cooperation. Increasingly, however, China and other nations have attempted to secure leadership and staff positions that allow them to dominate policymaking at these organizations. From these positions of power, they set standards and policies that favor their influence and control to the detriment of the cyber commons. Thus, the desire to establish “rules of the road” or “established norms” will remain difficult to fulfill as adversaries seek to play by a different rulebook.

Emerging Technology. The convergence of 5G (and even more capable and differing telecom infrastructure such as 6G and O-RAN), artificial intelligence, blockchain technology, quantum computing, and virtual technologies offer a revolution in next-generation digital capabilities. The free world must be prepared to leverage these new technologies, protect their intellectual property, and ensure the resiliency of its infrastructure. We must also prepare to deal with the threats these technologies could be harnessed to produce.

Powering the Future. The fate of the digital commons is thoroughly intertwined with environmental and energy policies. In the future, the cyber commons are going to demand much more electricity. The free world needs a sensible policy that will deliver abundant, affordable, and reliable energy while addressing environmental concerns. Global climate policies that look to transition to green technologies rapidly won’t deliver either. We need better ideas.

There are four steps to build robust, powerful, and resilient networks.

1. Recruit the Network. Networks won’t work if the people you pull into them don’t have the right skills, knowledge, and attributes. In other words, the people running the networks must have the means to do the right stuff in the real world. Bureaucracies don’t drive outcomes; determined people seeking positive relationships do.

2. Build a Value Proposition. What keeps people returning to a network is the satisfaction that they are getting something they want or need out of it. To make a network work, give people a reason to want to come back and engage.

3. Operationalize the Network. Building a network is of no use if you don’t do something meaningful that has maximum impact.

4. Build a Feedback Loop. Productive networks have the capacity to measure steps one through three and use that input to build more capacity, capability, resilience, and partners into their network.

These are the steps that should guide the effort to create a Track II cyber network for the free world and ones we have modeled our initiatives after.

Networking should start with the foundation of the free world’s power, including the United States, Canada, the Indo-Pacific, Western Europe, and the Middle East. These lily pads of power and geography link the world together.

The Heritage Foundation and other partner research institutions have looked to establish bilateral joint projects in key strategic countries. For instance, we have undertaken collaborative projects with think tanks in South Korea and India and looked to build on these initiatives with projects that mirror critical strategic groupings. For instance, we are working on a cyber Quad (the U.S., India, Australia, and Japan), focused on a unique set of nations working toward a more free, secure, and prosperous Indo-Pacific.

We are looking at a similar process in Europe among partners in NATO and the Three Seas Initiative, as well as in the Middle East with participants in the Abraham Accords.

These nodes must serve as an example for stronger cooperation across the Atlantic world from the Arctic to the shores of Southern Europe, Latin America, and Africa. The capacity for cyber action should be kept as free and open as the Atlantic Ocean. The United States and Europe also have an interest in extending the free world’s digital bridge.

As this network scales, it will provide a unique global capability for the free world to think and act on present and emerging challenges related to cyberspace. Today there are many instruments of global engagement ranging from crisis response networks to private industry groups, state-to-state cooperation, and international organizations. But if these partnerships were adequate to address the significant challenges we face, the solutions would already be in hand. Unfortunately, they are not. It is precisely for that reason that the think tank community must step into the breach.

Kiron Skinner is a visiting fellow in The Heritage Foundation’s Davis Center for National Security and Foreign Policy and the Taube Professor of International Relations and Politics at Pepperdine University's School of Public Policy.

Dustin Carmack is a Heritage research fellow for cybersecurity, intelligence and emerging technologies.