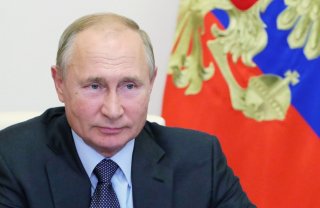 The issue of World War II is both confusing and complex. Historically, there are many questions that do not and cannot have easy answers. Different nations and states had different relationships and experiences with World War II. Therefore, it is not surprising that in their historical memory ipso facto historiography contains slightly different interpretations of the events and facts of the war. The focus of historical assessments also differs, and this is natural.

In such discourse, a public attempt by the head of one state or another to reflect again on the occasion of the unique anniversary of the end of World War II, to analyze the causes and circumstances of the most brutal event of the twentieth century and to critically evaluate painful historical lessons should probably not surprise us. Especially when global pacifism and even the “end of history” promised by the optimism of the end of the Cold War is rapidly dissolving, and in the early twenty-first century, the arms race and the geopolitical stability/security situation in the world and Europe are moving away not only from the ideal but also from the normal. In a rather emotional historical essay, based on personal and family experiences, Vladimir Putin reflects on the position of contemporary post-totalitarian Russia.

The role of the USSR in World War II is extremely significant but far from unambiguous. On the one hand, it is obvious that at some point the USSR fought a total war of survival in its territory. It had the most amount of the casualties and, in military terms, contributed most to the victory over Nazism. On the other hand, during the war, it radically changed camps and its march to Eastern and Central Europe in 1944–1945 brought to the nations of the region not only liberation from Nazism but also direct Soviet occupation and ideological coercion. Or, at least a limited sovereignty and total political dependence on the ideology of Soviet totalitarianism and the Kremlin’s foreign policy. Up to the end of 1940, it had basically acted as an informal ally of Nazi Germany and became a member of the anti-Hitler coalition from the summer of 1941. Under such historical circumstances, the official position on this topical issue of the USSR’s legal successor, the Russian Federation, becomes even more significant especially given that the Russian Federation is now one of the five permanent members of the UN Security Council with veto power. It has also become one of the largest nuclear powers in the world. Thus, it is an important part of the architecture of the geopolitical security of modern Europe and the world, with global stability and global peace depending to a large extent on its actions in the international scene and signals to the international community.

However, the problem is that Putin presented in his humanly sensitive essay interpretations on some issues that were highly biased and bitterly hostile to historical truth, which not only misleads the historical memory of ordinary Russians and shapes a leading doctrine on history policy but can at the same time testify to certain manifestations of contemporary Russia’s neo-imperialism. First of all, in regard to the three western neighbors of Russia—Lithuania, Latvia and Estonia.

Such an attitude towards the Molotov-Ribbentrop Pact and the occupation and annexation of the three sovereign and independent Baltic States, as recognized by the global community, by the USSR at the beginning of World War II show that neither historical memory nor international law is respected. This is characteristic of not a mere draftee-newcomer in the arena of great politics, but rather a long-standing leader of state who has accumulated a lot of political experience and has a university law degree. But, naturally, the question arises: what does such a position actually mean? What is behind it?

The claim that the Soviet Union was the last state in Europe to form a nonaggression pact with Nazi Germany, that the pact allowed the Soviet Union to avoid war on two fronts with Germany and Japan at the same time, and that it was in line with the country’s national interests is far from historical truth and leads to a logical trap. Firstly, the nonaggression pacts concluded by other states with Nazi Germany were purely pacifist in nature and did not conceal any secret protocols that aggressively denied or limited the sovereignty of third countries.

Secondly, recall that in the summer of 1939, the European political map was constructed in such a way that in principle there couldn’t have been a two-front war of the USSR with Germany and Japan at the same because the USSR did not have a direct border with Germany. It was separated from Germany by Poland and the Baltic States. Only by destroying that geopolitical bumper could Hitler strike the Soviet Union. This meant that the preservation of such a buffer was a certain guarantee of the security of the USSR against the aggression of Nazi Germany. Even more so considering that since the Anschluss Österreichs, the general staff of the Lithuanian Armed Forces had been developing plans and modeling joint Lithuanian-USSR defense against eventual German aggression. At the initiative of the Lithuanian military attaché in Moscow, Col. Kazys Skučas, the issue was also discussed at the Lithuanian Ministry of Foreign Affairs. In contrast, Poland maintained a policy of “equal distance” (polityka równowagi) from Moscow and Berlin during November 1938–August 1939, and in no way agreed with the role of satellite, as proposed by Hitler in his projected journey eastward. Thus, on Aug. 23, 1939, the Molotov–Ribbentrop Pact de facto destroyed the USSR’s natural security bumper and placed it face-to-face with Nazi Germany’s war machine.

Thirdly, according to sources from the Foreign Policy Archive of the Russian Federation, sharing of the “limitrophic” Baltic States “at the right moment” with Germany came to Moscow in the summer of 1926, when the Soviet-Lithuanian Non-Aggression Pact was drafted. At the People’s Commissariat for Foreign Affairs, some officials did not rule out the possibility that “in certain circumstances” Germany could “offer” Latvia and Estonia to the Soviet Union and establish itself in Poland and Lithuania.

Justifying the conclusion of the Molotov-Ribbentrop Pact on the eve of World War II and the occupation/annexation of the Baltic States in the summer of 1940 repeats the clichés of Soviet historical propaganda that have long been denied by contemporary Russian historians, defends the Stalinist foreign policy doctrine based on an imperial approach to the sovereignty of other states.

In the autumn of 1939 to the summer of 1940, when the USSR carried out the “process of the incorporation” of Lithuania, from the point of view of the international law of the time, Lithuania and the USSR acted as two distinct and fully-fledged subjects of international law on the international arena. At that time, at least a few bilateral agreements between Lithuania and the Soviet Union were signed and ratified by which Russia (later the USSR) recognized Lithuania’s sovereignty and independence without reservations. In particular, Article 1 of the Soviet-Lithuanian Peace Treaty of July 12, 1920, stipulated that “Russia recognises without reservation the sovereign rights and independence of the Lithuanian State, with all the juridical consequences arising from such recognition, and voluntarily and for all time abandons all the sovereign rights of Russia over the Lithuanian people and their territory.” On Sept. 28, 1926, Lithuania and the USSR signed the Soviet-Lithuanian Non-Aggression Pact, the first article of which reaffirmed that the peace treaty’s “provisions shall uphold their full force and integrity and shall remain the basis for relations between the Republic of Lithuania and the Union of Soviet Socialist Republics.” In the second article of the pact, the parties promised to “respect the sovereignty and territorial integrity of each other in all circumstances.” This pact was renewed twice and was due to expire on Dec. 31, 1945. The pact would therefore have been in place until the end of World War II, without the Soviet Union breaking international law between 1939–1940.

In essence, the same legal and political provisions were also laid down in the Soviet-Lithuanian Mutual Assistance Treaty, signed in Moscow on October 10, 1939. The preamble to the treaty states that the July 12, 1920, Moscow Peace Treaty and the nonaggression pact of Sept. 28, 1926 “remain a solid basis for relations and obligations between the parties.” It is important to underline that the “transfer” of the city of Vilnius and the whole region to the Republic of Lithuania from the point of view of international law was not some sort of gift from the USSR to Lithuania. Instead, it was only the implementation of previous agreements between Lithuania and the RSFSR/USSR (peace; nonaggression) in which the RSFSR/USSR had already freely recognized the sovereignty of the Republic of Lithuania in these territories. The document (Article 7) stressed that “the implementation of this Treaty shall in no way affect the law of the sovereign rights of the Contracting Parties, in particular their state order, economic and social system, military measures and general non-interference in internal affairs.”