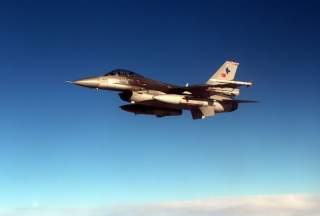 Ankara’s downing of a Russian Su-24, after it allegedly crossed into Turkey’s airspace, provoked a furious response from Russian President Vladimir Putin. The status presently of the pilots who ejected north of Latakia into opposition held territory remains unclear, but one pilot was reportedly killed. Turkmen opposition militants who have close ties to Turkey control the area. Putin accused Turkey, and implicitly, President Erdogan, of a “stab in the back” by assisting “accomplices of terrorists.”

Rejecting Ankara’s narrative of the incident, Putin disputed Turkey’s assertion that the plane had crossed into its airspace and implied that President Erdogan had darker intentions. The Russian President, in the midst of his regional diplomacy, which included a visit on Monday to Tehran to see Ayatollah Khamenei and today a meeting in Sochi with King Abdullah of Jordan, warned that there would be “serious consequences” to Russian-Turkish relations. Sergei Lavrov, Russia’s Foreign Minister, cancelled his planned visit tomorrow to Ankara.

Ironically, as senior Syrian government sources have confirmed, the June 22nd 2012 incident when Syria shot down a Turkish F-4 Reconnaissance jet was likely carried out by Russian-supported and manned Syrian air defenses. Moscow has been the main trainer and supplier of the Syrian Air Force since the beginning of the conflict. This incident provoked a serious condemnation of the Syrian government by Turkey for violating its own airspace and raised further tensions between Ankara and Moscow, which was implicitly linked to this incident.

Since that incident in 2012 as well as further less serious incidents between the Turkish and Syrian armed forces along the border, Ankara has been keen to ensure that its airspace won’t be violated and its forces hostilely engaged. President Erdogan’s government also has lobbied unsuccessfully so far to delay the reassigning of the U.S. patriot missile system, which was deployed earlier this year in response to Turkish concerns that Syria’s Air Force was repeatedly testing Turkey’s airspace.

Erdogan’s condemnation of Russia’s late summer intervention into Syria and his own repeated warnings that Ankara would re-examine its relations with Moscow, including its energy relationships, were initially seen as rhetorical bluster. However, with the AKP’s electoral victory, Erdogan, who is already engaged in his own air campaign in northern Iraq against the PKK, has shown more willingness to assert and enforce what amount to Turkey’s red lines on Syria. While Turkey has shown some willingness to compromise on Assad’s position in a transition, Erdogan’s position remains quite far from Putin and Ayatollah Khameini’s.

Turkey’s willingness to shoot down a Russian plane today suggests that Erdogan’s directed rules of engagement have given no leeway to Putin’s expanded air campaign in Syria if it violates Turkey’s airspace. It’s unlikely that President Erdogan made the direct call earlier to shoot down the plane.

Erdogan, who has received criticism in the past for not protecting the Turkmen population in Iraq, has been keen to show that he will take necessary action to support and protect this population in Syria. The downed Su-24 was reportedly involved in an operation to target Turkmen Syrian opposition militants north of Latakia, near to the Turkish border.

The Turkish President’s request for an extraordinary meeting of NATO ambassadors today in Brussels will likely serve as an opportunity for Ankara to request additional support both militarily and politically to ensure Turkey’s border security, but also, as a way to deter any substantial Russian response to this incident. Erdogan will also likely use this as an opportunity to push the U.S. to extend its deployment of Patriot Missiles along Turkey’s border.

Erdogan may hope as that in the aftermath of this incident that his NATO partners instead of rallying around Russia and Iran in the wake of the Paris attacks will move closer to working with Turkey. President Hollande, who is meeting today with President Obama in Washington and President Putin on Thursday in Moscow, faces as a result a more complicated environment to create a loose marriage with Russia to fight ISIL. However, it seems unlikely that any of Turkey’s NATO partners will use this as an opportunity to substantially alter their own policies or their engagement with Russia to find a political solution in Syria.

To expect then a broader air war at this point between Russia and Turkey is unrealistic. However, if Russia and Turkey don’t increase their own direct dialogue over ways to de-conflict the situation and to respect each other’s respective national interests, incidents such as this are likely to occur again and could escalate this conflict even further.

Andrew Bowen, Ph.D., is a Senior Fellow and the Director of Middle East Studies at the Center for the National Interest. Follow him on Twitter: @ABowen17.