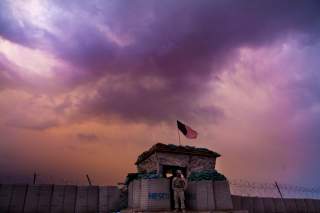 Can U.S. foreign policy be rationalized so that it advances a positive and sustainable national objective? This is a critical question, but sadly it is a question that has escaped historically-informed analytical scrutiny and debate for decades.

Instead, over the span of four administrations, we have seen U.S. foreign policy reduced to excessively militarized “reactionism,” which is essentially a game of international whack-a-mole that relies too early and too heavily on the use of military force as compared to other tools of statecraft.

The proximate cause of the sea change that underlies this reactive foreign policy was the end of the Cold War. With it, the last of our great agreed-upon national objectives—containing Soviet expansion and aggression—faded away.

Before attempting to frame a new and positive U.S. foreign policy, it makes sense to review, if only briefly, U.S. national objectives that were founded back in 1776. The United States’ first national objective was for the thirteen colonies to win independence from Britain.

Soon after independence, the United States turned inward, and its agreed upon national objective became conquest of what the late historian Walter Prescott Webb once termed “the Great Frontier.” In practical terms, this meant a century of moving west, and eventually—from the Louisiana Purchase to the Mexican-American War—it meant that the United States, united by force after a long and bloody civil war, would achieve sovereign control of the territories north of the Rio Grande and west to California, Oregon and Washington State.

Not until the publication of Alfred Thayer Mahan’s popular The Influence of Sea Power Upon History (1890) did the United States begin to imagine that preserving its sovereignty and security might demand a look beyond its borders. The Spanish-American War left the United States with its first overseas colonies. When World War I arrived, America’s lack of an outward-looking foreign policy was thrown into sharp relief; but it would not be until after World War II that the United States found its new national objective: preventing a third world war and at the same time containing Communism.

Two important points bear mentioning. First, “national” was remarkable given that in the past, as now, many Americans remain divided in their views of what constitutes ideal domestic and foreign policy. Second, and true to its long history of noninterference in the affairs of others, “containment” was a negative national objective; a dedication of full national resources—in a state then possessing three-fifths of the world’s productive capacity—to prevent worse things from happening. Perhaps less charitably, it was a dedication to preserving the historically unprecedented advantage in relative military and economic power gained by the United States after World War II.

Keep in mind that the emergence of containment as a grand strategy was fiercely contested; advocates of “rollback”—the use of America’s great post-war advantages in industrial and military might to push the Soviets out of Eastern Europe by force, and to actively attack Mao’s rebels in China and Kim’s in North Korea—never truly gave up their fight to redirect U.S. foreign policy from what they perceived as wimpy defense to aggressive and righteous offense.

The heirs of rollback advocates in the Reagan, Bush and Trump administrations have continued to direct body blows at decades of U.S. practice of patient development, punctuated and limited intervention, and multilateral efforts to build a more stable, prosperous and just world order.

So bringing us back to the original question: Why is a shared and positive national objective—a national consensus (however tenuous and contested)—so important?

The answer, most broadly, is that without a clear goal or objective, we cannot know what quantity and mix of resources is most appropriate to devote to the achievement of (or at least progress toward) our goal. And we have no way to measure progress, or backsliding from our goal.

Since 9/11 we have been constantly reminded to walk fearfully. Our better judgment has been corrupted into supporting a whack-a-mole reaction to inflated “threats,” while the values that made the United States respected, and legitimated its military and economic dominance have fallen into disuse. Excessive reliance on military force and interventions abroad to spread U.S. values, rather than to protect the country’s national security, have mired the United States in its longest war and failed either to inspire or intimidate.

The United States’ national goal should be leading the world toward a future where all peoples have a say in their government, enjoy the prospect of a fair standard of living, are subject to and privileged by due process of law, are secure from deliberate violence, and can benefit from these things sustainably.

This is a goal which will demand patience of a historically impatient people, compromise from a nation with deeply religious and uncompromising roots, teamwork and alliance burden-sharing from a nation convinced of its unmatched power and its ability to lead in all circumstances, and a dedicated mix of resources, emphasizing economic, diplomatic, scientific, artistic and social. This is a goal that will require reserving the use of military force for protecting truly vital national interests, and as a last, not first, resort.

In moving toward the achievement of that national objective, we can do no better than to recall the warnings and advice of the architect of America’s Cold War foreign policy of containment, George F. Kennan. He argued that in order to win the Cold War and prevent World War III, America must not allow itself to be internally divided. Instead, it must work with its allies while listening to its adversaries (the Trump administration does neither), and must, above all, never cease in the education of its young people in order to enable informed policymakers to be politically rewarded for wise policy, whether foreign or domestic.

Endless military interventions and the American people’s lack of basic literacy in military and foreign affairs have become clear and present dangers to the national security, and prosperity, of the United States of America.

Monica Duffy Toft is a professor of international politics and the director of the Center for Strategic Studies at the Fletcher School of Government, Tufts University.

Image: There has been excessive reliance on military force and interventions abroad to spread U.S. values rather than an effort to protect the country’s national security.