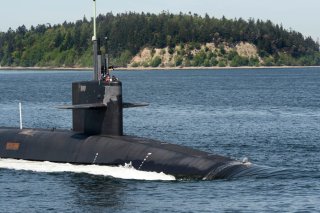 Over the past three years, the U.S. Congressional Budget Office reports that the United States government has spent on average $11.8 million every second, $707 million every hour, $16.9 billion every day, and $6.2 trillion every year.

By comparison, when President John F. Kennedy was in office, at the height of the Cold War and amid concerns over missile and bomber gaps and Soviet nuclear-tipped missiles in Cuba, the U.S. government spent $186,000 per second, which projects to a 6,174 percent increase in government spending over the past sixty years.

The United States is now modernizing its nuclear deterrent for only the third time since 1960 says Senator Jack Reed, the chairman of the Senate Armed Services Committee. And we are doing so after a holiday from nuclear acquisition that has lasted over four decades. So, we are now replacing weapons systems that are forty to seventy years old because their modernization can no longer be deferred. The only alternative option to modernization is “rust to obsolescence,” also known as getting the United States out of the nuclear deterrent business.

Given that every U.S. Nuclear Posture Review that was conducted by the past five administrations has concluded that nuclear deterrence remains a U.S. priority, the United States is once again embarking on a modernization effort of its bombers, submarines, and land-based missiles, as well as a life extension of its nuclear warheads and stockpiles and developing a new set of cyber-resistant nuclear command and control systems.

According to the Congressional Budget Office (CBO), the cost of the U.S. nuclear deterrent is about $1.2 trillion over the next thirty years, or just under $50 billion a year, peaking in 2029-2030 when the latest nuclear platforms first begin to be operational in the field.

But this number is misleading: it is not just the cost of modernization but also the cost of operating and maintaining the United States’ current legacy nuclear systems—Minuteman missiles first deployed in 1970; the Ohio-class submarines first deployed in 1981 and its D-5 missile in 1990; and the B-2 stealth bomber first deployed in 1993. And the United States stopped deploying or building the Minuteman III missiles in 1975; the B-2 bomber in 1997; and the Ohio-class submarine in 1993. And it includes a cost of the strategic bombers that vastly exceeds the actual nuclear components that go into a conventional bomber.

Even using these CBO numbers, however, shows that such spending is a bargain. For those opposed to modernization for cost reasons, they have to face the fact that the cost of doing nothing but extending the life of the current platforms and nuclear forces is two-thirds of the nuclear enterprise’s current annual costs, and similarly for the next thirty years—operations and maintenance of both legacy and modernized systems—are two-thirds of all nuclear costs. So even if the United States were to keep its old legacy systems for the next thirty years—which it technically cannot do—the cost would still be double the cost of building new, more capable, and more cost-efficient deterrent forces.

However, it must be noted that the CBO includes between 25 percent to 100 percent of the strategic bomber costs in its various assessments on the costs of nuclear modernization—despite that official Office of the Secretary of Defense testimony reports that the nuclear costs of the bombers are 3 percent of the total bomber costs. This acknowledgement greatly reduces the CBO’s estimate of $494 billion in the ten-year period of 2019-2028. Consequently, for under $450 billion over the next few decades, the United States can build—under New START Treaty rules—400 new intercontinental ballistic missiles (ICBMs), twelve new submarines and their associated missiles, and twenty new B-21 bombers that along with forty legacy B-52 bombers would make up the entirety of the U.S. strategic nuclear deterrent. And even if the United States decided not to replace its aging nuclear platforms or delivery vehicles, the command-and-control system (or NC3) still needs to be overhauled, much as the nuclear labs, warheads, and warhead manufacturing capabilities must be modernized and given a life extension.

Looked at over the entirety of the nuclear age, the United States has spent $24 billion a year on average between 1946-2022 on its nuclear deterrent, or around $2 trillion. While today’s nuclear enterprise annually costs $49 billion, the cost of the nuclear-capable bombers, its associated cruise missiles, plus the land-based Ground-Based Strategic Deterrent program, and the twelve submarines and associated D-5/2 missile, cost $8.5 billion annually in acquisition and research and development, or $3 billion less than what Americans spent in 2019 on going to the movies.

Even more interesting is that the current program of ICBM modernization will last fifty-five years, and the new Columbia-class submarine is scheduled to last seventy years, while the B-21 bomber could last nearly half a century. The investment of $450 billion in acquisition, research, development, and modernizing the nuclear platforms comes to $7.5 billion a year each year for the probable six decades these new nuclear delivery vehicles or platforms will comprise the U.S. nuclear deterrent.

During this period, some life extensions will undoubtedly take place—but such upgrades will be much easier to do given digital engineering and the likelihood that annual operations and maintenance costs will be one-third to two-thirds cheaper due to technology advancements.

These costs are affordable for the United States because, as former Defense Secretary James Mattis explained, “America can afford survival.”

Indeed, given the growth of Russian and Chinese nuclear forces, Iran’s nuclear progress, and North Korea’s recent ballistic missile development, the United States is facing at least two peer adversaries and an array of other nuclear threats. To deter these forces, the cost of the U.S. nuclear deterrent is a bargain.