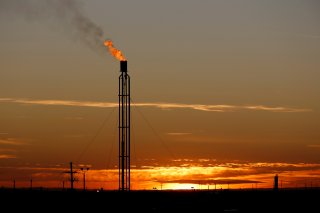 The main priority for the Trump administration over the past weeks has been coping with the coronavirus pandemic. Still, the U.S. government is also engaged in efforts to stabilize global energy markets in the wake of the breakdown of the OPEC-Plus process and the start of a major oil price war between two of the world’s largest producers, Russia and Saudi Arabia. This was a major topic of discussion in the phone exchange between President Donald Trump and Russian president Vladimir Putin on March 30, while the administration has dispatched former deputy national security advisor Victoria Coates to Riyadh to serve as a special envoy for energy issues and to liaise directly with the Saudis in the hopes of ending this crisis.

The American position is complicated by the fact that there is no agreement across both the national security and business communities as to whether the dramatic drop in prices (and the corresponding glut in supply) is, on the whole, good or bad for the United States. Historically, low energy prices have acted as a massive stimulus for the United States and other advanced economies by lowering energy costs—not only making power and fuel cheaper (and thus lowering transport and generation costs) but reducing prices for the raw input into the petrochemical and plastics sectors. Even if Americans are staying home (and thus driving and flying less), these savings are still manifested in food and goods prices. Low energy prices also may have the impact that years of U.S. sanctions and pressure have not. They may have the ability to seriously erode the bases of power of less-than-friendly governments, such as those led by Venezuela to Iran. They may be able to create conditions for regime change or behavior modification. Low oil prices—especially below budgetary break-even points—also impact Russia’s ability to fund its defense spending and its interventions around the world while creating additional strains on a domestic economy already coping with Western sanctions.

But low energy prices also have negative implications for the United States. At a certain point, U.S. domestic hydrocarbon production is negatively impacted, eroding the hard-won energy self-sufficiency which has freed the United States from excessive dependence on imports. More importantly, the growth in U.S. energy production also enabled the United States to compete, notably with Russia, for supplying energy to key allies in Europe and Asia. With prices now at a historic low, American energy becomes too expensive to produce (except for some large-scale projects owned by the majors) and American exports become too pricey even for the most pro-American allies in Europe when much lower-cost Russian and Saudi energy can be procured. We have pushed our partners hard to reduce their purchases of Russian energy but the beneficiaries may be Saudis, Qataris and Azeris, not American proprietors. (This appears to invalidate a prediction I made twelve years ago in a Russian foreign policy class I was teaching at George Washington University that world energy prices would never fall under the $20/barrel limit again.)

Environmentalists may welcome the destruction of the U.S. shale industry and the push to increase prospecting on federal lands and in offshore zones, but Atlanticists who were hoping for America’s NATO allies to reorient a greater degree of their energy consumption away from Russia to trans-Atlantic sources cannot be pleased by this turn of events. But even the more “green” segment of the U.S. political establishment must be concerned that a sustained period of low energy prices makes the energy-alternatives too expensive to produce and drives those firms trying to develop and scale up alternatives (biofuels, etc.) out of business or into the waiting arms of Russian and Saudi investors who are happy to purchase patents and slow-roll their development.

The United States has two major tools at its disposal with which it can influence developments. The first is the strategic reserve—to choose how much to fill it and whether to privilege American producers and to offer a higher-than-market price as a subsidy for U.S. firms. The second is the enormous market-shaping power of the Defense Department, which can decide what types and at what price to purchase energy. But there is no bipartisan consensus on how to proceed.

All of this occurs at a time when there is an unprecedented strain not only in the U.S.-Russia relationship but also in the Washington-Riyadh accord. Already, Moscow accuses Washington, given its sanctions on Russian energy activity in Venezuela and its new European pipeline projects, of trying to put its finger on the scales of global energy markets to benefit U.S. firms at Russia’s expense. But a U.S.-Saudi energy entente is not a given. Saudi Arabia is under increasing criticism in Washington, especially in the Congress, for its conduct of not only the war in Yemen but around its domestic affairs, the consolidation of power in the hands of Crown Prince Mohammad bin Salman, and his willingness to use Machiavellian methods to secure control. In turn, Saudi Arabia sees that the United States has become much more unreliable and unpredictable—characteristics that are not reassuring given the geopolitical neighborhood of the Middle East. Finally, Riyadh has not been happy at how American producers have been more than happy to free-ride off of past Saudi cutbacks in production which have meant loss income for the Saudis while U.S. producers have benefited.

Coates has been handed a veritable “Mission Impossible.” She needs to convince the Saudis to reduce production, and either get the Russians to do the same or increase more sanctions on the Russian energy industry in order to push prices back up while creating market conditions for U.S. producers to survive and to not lose further market share, especially in Europe. At the same time, energy prices can't go so high as to give renewed lifelines to Caracas or Tehran or assist Putin in his budgetary ambitions. The Saudis will want to see signs of U.S. commitment and they want to know whether this policy has staying power, especially assuming that there is a change in administration after the November 2020 elections.

The last time the United States attempted this—after the Russian incursion into Ukraine in 2014—the resulting failures drove Riyadh to Moscow to forge the OPEC Plus arrangement. At that point, the Saudis concluded that they would rather work with the Russians to coordinate global energy markets. That understanding collapsed in March in Vienna but it remains to be seen whether the Saudis will now turn to Washington, or whether the Saudis and the Russians will decide to give their romance a second chance.