The Real Impact of the War Between Hamas and Israel 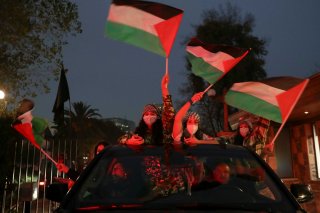 As the ceasefire between Israel and Hamas takes effect — whether it will hold remains to be seen — attention will turn to the gains and losses of either side, the demands of each in reaching a new modus vivendi, and prospects for the Israeli-Palestinian conflict more generally. But beyond the war's impact on dynamics within and between Israel and the Palestinian territories, the broader regional dimensions of the war and its aftermath merit close consideration. Even as much of the commentary throughout the war focused on the local, immediate, and perhaps most obvious triggers — the combustible situation in the Shaykh Jarrah neighborhood of East Jerusalem, missteps on the part of the Israeli police in managing access to the Al-Aqsa Mosque for Muslim worshipers during the holy month of Ramadan, and Hamas's anger at the Palestinian Authority's decision to postpone elections that seemed certain to bring defeat for the Fatah movement — regional dynamics were also at play. And just as they contributed to the latest conflagration, they will undoubtedly carry implications for the days and years after.

The local conditions, grievances, and movements informing relations between Israel, Hamas in Gaza, and the Palestinian Authority (PA) in the West Bank have always partly reflected an ongoing struggle for influence between rival actors at the regional level. Four developments within that broader struggle in recent years provided the fuel and ignition for the current explosion. The first was a decline in the regional influence and political sway of Sunni Islamist movements inspired by the Muslim Brotherhood (MB), after a brief ascendance they had enjoyed in the years following the region-wide uprisings familiarly known as the "Arab Spring." The decline began with the 2013 coup in Egypt overthrowing the Islamist (if democratically elected) regime of Mohamed Morsi and was propelled by the territorial defeat in 2018 of the so-called Islamic State (Da'esh), a terrorist organization some came to view as a more extreme variant of Brotherhood-inspired Islamism. A few actors in the region, Hamas, Turkey, and Qatar chief among them, continued to espouse and promote the ideology and interests of Islamist governance, but by and large, the regional trajectory of the last several years had undermined the MB camp.

A related development was a strengthening of the pragmatic Sunni Arab states which had aligned, if only in a loosely coordinated fashion, around shared goals of countering Iran and diminishing Sunni Islamism, whether in the style of the Muslim Brotherhood or more radical strains. Traditionally, and even more so since the tumult of the Arab Spring, regimes in the United Arab Emirates (UAE), Saudi Arabia, Egypt, Jordan, Bahrain, and Morocco have sought a Middle East that would prioritize stability, economic development, and generally positive ties with the West, while eschewing and in some cases actively repressing moves toward political liberalization. In their determination to push back against Iran and counter Islamist movements, these states had found an eager partner in Israel, and last year's normalization agreements further bolstered Israel's budding alliance with the Sunni pragmatic states, injecting an additional measure of cohesion and strength into the bloc. A notable exception was the Israeli-Jordanian relationship, which deteriorated in recent years on the political level, even if security cooperation remained largely intact.

The Abraham Accord treaties signed in 2020 also reflected a third trend relevant to the current moment, namely the declining regional salience of the Palestinian issue. Importantly, it was not that populations across the region stopped caring about or identifying with the Palestinian cause. But through a decade of mass protests over domestic governance deficiencies, civil wars in places like Syria and Yemen, the rise and fall of a jihadist proto-state in Iraq and Syria, an increasingly assertive (and, in most cases, unwelcome) Iranian encroachment, and the Covid-19 pandemic, the bandwidth needed for the Palestinian issue to galvanize publics across the Middle East had simply been jammed by other, more pressing matters closer to home. Meanwhile, some leaders evidently concluded that the lack of a resolution to the Palestinian-Israeli conflict should no longer override other national interests that could presumably be advanced by strengthening ties with Israel.

A final set of regional developments concerns the Iran-led axis, which was widely seen as ascendant in the last decade as Iran's influence extended beyond Lebanon and Syria to include allied Shiite militias in Iraq and affiliated Houthi militants in Yemen. Though bruised by its involvement in the Syrian war fighting on behalf of Bashar al-Assad, Hezbollah (Iran's proxy in Lebanon) remained firm, amassing an arsenal thought to contain at least 100,000 missiles and rockets, and capitalizing on the chaos and destruction of the last decade to all but swallow up the Lebanese state. But the Iran-led camp had more recently faced serious setbacks, including the Israeli military campaign to prevent Iran's entrenchment in Syria, the Trump Administration's "maximum pressure" policy of sanctions against the Islamic Republic, and the assassinations of the Islamic Revolutionary Guard Corps Quds Force Commander, Qasem Soleimani (by American forces) and Iran's chief nuclear scientist, Mohsen Fakhrizadeh (allegedly by Israel) in 2020.

The imprints of these broader regional trends — the declining power of Sunni political Islam, the ascendance of anti-Islamist, authoritarian Arab states increasingly allied with Israel, the diminishing regional salience of the Palestinian cause, and a less assertive, if still determined, Iranian camp — were critical, if not immediately discernible, in the trajectory of the latest Gaza war. Much has been made, for example, of Hamas's decision to attack Israel in response to ostensibly unrelated developments in Jerusalem, where the group has some public support but no formal representation or authority.  That decision, like Hamas's determination to present itself as the defender of al-Aqsa, and by extension the protector of Palestinians and Muslims everywhere, made sense if a goal was to inject life into a fledgling regional Islamist project and more generally remind the region of the Palestinian predicament. The PA, for all its efforts to manage relations with Israel while retaining political legitimacy in the West Bank, never positioned itself regionally in any meaningful way, in stark contrast to Hamas's success in garnering sponsorship from key regional players. Not coincidentally, Doha allowed a mass rally featuring Hamas political chief Ismail Haniyeh vowing to defend Jerusalem and al-Aqsa. And it should be no surprise that the harshest condemnations of Israel's military response came from Hamas's supporters in Qatar and Turkey, who undoubtedly saw in the current unrest an opportunity to undercut the ascendance of their rivals in the pragmatic Sunni camp.

Those rivals, and especially the states which signed normalization agreements with Israel last year, are now in an unenviable position. They face anger at home over the civilian deaths in Gaza resulting from their newfound ally's military operation there, alongside a more widespread lament that the accords did nothing to usher in an era of peace between Israelis and Palestinians. The normalization agreements showed that Israel could establish relations with Arab states in the absence of an Israeli-Palestinian peace agreement, disrupting a decades-old paradigm that had consistently linked the two. Indeed, the very significance of the Accords was in seeming to decouple the Israeli-Palestinian question from the broader Arab-Israeli landscape; indictments of the Accords for not precluding the war between Israel and Hamas are either missing the point or disingenuous. The pragmatic Arab states and their affiliated news outlets condemned Israel's actions in Jerusalem, but they were decidedly restrained and even-handed in their reactions to Israel's aerial campaign in Gaza; for an enlightening comparison, one need only refer to the statements these regimes issued throughout the last major Israel-Hamas confrontation in 2014. The latest round of hostilities between Israel and the Palestinians, then, did not refute a paradigm shift that facilitated the normalization agreements; rather, Hamas's calls for a new Palestinian uprising are best understood as reactions to that reality.

In war, there are military targets and there are target audiences. Israel's retaliatory assault targeted and largely destroyed Hamas's tunnels, but the target audience included Iran and its proxies, reminding Hezbollah and other like-minded onlookers in the neighborhood of the dangers they face. In 2006 after Hezbollah captured two Israeli soldiers and killed another three in a cross-border raid, Israel responded with airstrikes and a ground invasion which heavily damaged Lebanon and which Hezbollah later admitted to having underestimated. While the eventual ceasefire left many in Israel struggling to identify a "victory" for the Israel Defense Force (IDF), the force of the Israeli response in the Second Lebanon War has since been credited with deterring Hezbollah for fifteen years. Tehran, which provided both Hamas and its unruly cousin, the Palestinian Islamic Jihad, funding and technical know-how to build their rockets, may have enjoyed seeing Israel under fire these last few weeks; the armed drone reportedly launched by Iranian forces in Syria (and downed by the IDF), like the four rockets fired from Lebanon by groups presumably receiving Hezbollah's tacit permission, reflected Iran's cheerleading for Hamas from the bleachers. But these were in keeping with a more muted Iranian axis, and Iran's significance in the war ultimately had less to do with one side's rockets and more to do with the other side's military response.