Realism, Islamism and Islam: When Will Difficult Conversations Begin? 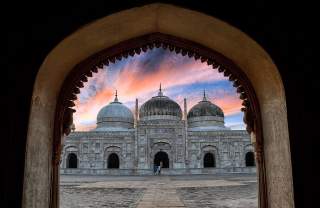 After the attacks in Manchester and London, British prime minister Theresa May called for “difficult, and often embarrassing, conversations” about the sources of extremism. In February, I called for soul searching among those who have refrained from speaking frankly about Islamism since 9/11.

So far, that soul-searching and those conversations have not begun, at least not in public. Perhaps we are at a turning point. Since 9/11, the leaders in the democracies have refrained from stating in public what they knew to be true in private concerning the connections between Islam, Islamism and terror. They did so for a variety of reasons, including not offending Muslims, gaining support from Muslim communities for counterterrorism intelligence operations, avoiding fanning hostility to Muslims in democracies and being accused of Islamophobia. Such a policy was thought to be a realistic effort to avoid the “clash of civilizations” that the Islamist terror organizations were trying to foster.

Donald Trump won in part because he denounced this apparent realism as political correctness run amok. Yet from the outset Trump’s inability to speak the truth about anything, his penchant for conspiracy theories and his toying with the anti-Muslim elements of his core supporters destroyed his credibility as a messenger about this issue. Instead, we need to look to other political leaders—and to writers and intellectuals—who had and have the courage to face down accusations of Islamophobia and to speak with intelligence and nuance about interpretations of the religion of Islam and the practice of terror. The three attacks in Britain this spring led Prime Minister May to state that “while we have made significant progress in recent years, there is—to be frank—far too much tolerance of extremism in our country. So we need to become far more robust in identifying it and stamping it out across the public sector and across society. That will require some difficult, and often embarrassing, conversations.” She added that “defeating this ideology” which she did not specify, “is one of the great challenges of our time.”

As the French writer Pascal Bruckner has argued in his recent essay Un racisme imaginaire: La querelle de’Islamophobie (An Imaginary Racism: The Dispute about Islamophobia) that for that to happen, criticism of Islamism, or Islam as religious doctrines, and the issue of their connections to terrorism should be regarded as legitimate as criticism and interpretation of religion has been in the modern West since the Enlightenment. The horror of the recent attacks, and the fact that Islamist terrorism has been a fact of life and death around the world since the 1990s, may finally convince leaders in the democracies to listen to voices of criticism that they have previously ignored.

It’s necessary to pay attention to voices that have been speaking and writing for a long time but were dismissed as Islamophobic. In his recently published Der Islamische Kreuzzug und der Ratlose Westen: Warum Wir eine Selbstbewusste Islamkritik Brauchen (The Islamic Crusade and the Helpless and Clueless West: Why We Need a Self-Confident Critique of Islam), the German journalist Samuel Schirmbeck cites the work of North African Muslim writers, scholars and journalists who, since the 1990s, were drawing attention to the connections between interpretations of Islam and the practice of terror by Islamists organizations. They did so, especially in what he called “the terror years” in the 1990s in Algeria, which is when between one hundred thousand and two hundred thousand people died in a civil war between Islamist organizations and the military regime. Despite the billions of dollars spent in counterterrorism efforts in Europe and the United States, the writings and views of Muslim writers and scholars such as Abdelwahab Meddeb, Fatema Mernissi, Zaim Khenchelaoui, Abdennour Bidar, Wassyla Tamzali, Tahar Djaout, Said Mekbel, Abdellah Taia, Said Djabelkhir, among others, remained either unknown or absent from the discussion about Islam, Islamism and terror in the democracies. While the essays and novels of Boualam Sansal did receive attention in Europe, on the whole, what Schirmbeck calls North Africa’s Voltaires and its “Muslim Enlightenment” did not find an echo in the Western press and public discussion.

In their scholarship, journalism, poetry, essays and satire, these writers disputed the idea that terror “had nothing to do with Islam.” They called for a critical engagement with the sacred texts which terrorists cited to justify murder and offered abundant and embarrassing evidence about the importance of religious texts used to legitimate terror. They argued that a criticism of Islamism and its interpretation of the sacred texts of Islam were not synonymous with prejudice against Muslims. They began an enlightenment project comparable to the historicization and critical reading of the Old and New Testaments in the history of Christianity and Judaism in Europe’s eighteenth century. They did so beginning in the 1990s, before the attacks of 9/11. Schirmbeck offers a long and grim list of journalists and writers in North Africa murdered by Islamist terrorist organizations. Though only available in German, Schirmbeck’s examination of the North African Muslim Enlightenment constitutes an important contribution to discussion of the issues here as well.

Yet, in what Paul Berman rightly described as “the flight of the intellectuals” from inconvenient truths, the seemingly natural liberal and left-leaning allies of the North African Muslim Enlightenment, critics who opposed religious fundamentalism in their own societies, mostly refused to listen to the warnings from North Africa. Instead, as Sansal wrote, “with the accusation of Islamophobia, the Islamists found the absolute weapon,” one that they used to censure a necessary discussion about religious justifications for terrorism as instead a form of racism against Muslims or blasphemy against Islam. Western governments and intellectuals, fearful of accusations of making “blanket generalizations about all Muslims,” did not say publicly what their diplomats, intelligence agencies and political analysts knew to be the truth. The resulting vacuum was filled by easy and stupid conversations by the nationalist and populist voices in Europe and by Trump’s demagoguery in the United States.

The government, scholars, journalists and writers in Israel have had to think about Islam, Islamism and terror longer and more extensively than anyone else. The Middle East Media Research Institute, also known as MEMRI, emerged from that preoccupation. It has informed political leaders with massive amounts of evidence regarding the relationship between interpretations of Islam and the practice of terror. MEMRI’s abundant documentation of print, television and internet material has offered an indispensable and ongoing refutation of the mantra that the terror “has nothing to do with Islam.” Following the attack on Manchester on May 22, Yigal Carmon, MEMRI’s president published “They Are Neither ‘Losers,’ ‘Nihilists,’ ‘Worshipers Of Death,’ Nor ‘Sick Cowards’– But Rather Believers And Idealists Who Commit Horrific Murders For A Cause And Sacrifice Their Lives For A Utopian Future: A World Ruled By Their Faith.” He published it again on June 5, 2017.

Carmon’s essay should be widely read, especially by politicians, journalists, scholars and citizens who want to foster a responsible, civil and decent public discussion about the ideological sources of terrorism and how we—and our fellow Muslim citizens—can defeat it. Carmon writes: So first, let's put forward the true, if “unhelpful,” definition. The jihadis who perpetrate these horrific crimes are neither losers, nor nihilists, nor worshippers of death, nor sick cowards. On the contrary, the overwhelming majority of them are devout and fanatic believers. They are idealists who sacrifice their lives for the sake of a utopian future: a world ruled by their faith. The attacks they commit are extreme acts of piety. They seek to emulate the dedication of the early believers in order to revive the glory and grandeur of the past.

Contrary to the approach of the Western leaders, who blame the evil character of the perpetrators while absolving the faith they follow, the truth is that these perpetrators, by the standards of their own belief, are virtuous people who follow the directives of the Koran [48:29]: “Be fierce towards the infidels, merciful towards each other.” The problem lies not in the perpetrators’ innate character but in some of the core values of their religious belief system. Indeed, their faith—any faith—includes elements that are beautiful alongside elements that are malevolent. Denying that these malevolent elements are part of the faith, as the Western leaders do, is wrong. It is such denial that is unhelpful; in fact, it is self-deception.

Can the mischaracterization of the terrorists’ acts actually achieve the goal of avoiding offense to the world’s Muslims? The answer is no. Faced with the Western leaders’ statements that totally disassociate the jihadis’ acts from their religious roots, the world’s Muslims can only conclude that Western leaders do not understand their faith and have the intellectual conceit to mischaracterize it. In fact, this mischaracterization denies some of the core values that underpinned the great achievements of Islam in which Muslims take pride: the establishment a great civilization and the building of not one empire but several in the course of history.

It would be far more respectful to Muslims to acknowledge that these values (of self-sacrifice and extreme dedication aimed at spreading the faith by force) were the basis of Islam's expansion, just as the spread of Christianity, after the Emperor Constantine established it as the state religion, was based on a similar process of imposing the faith by force. However, Christianity has since renounced these values. Christianity does not deny its past, but it has jettisoned the element of coercion. Similarly, Western leaders must not denigrate the Muslim past by denying its core values, but rather should demand that Muslims follow the same path: realize that some violent values that underpinned their civilization and glorious past are incompatible with modern morality. Western leaders should therefore demand that contemporary Muslims focus on other aspects of their faith (as Christianity has done), and totally reject imposing their religious utopian vision by the force of arms.