A Realist Approach to Syria 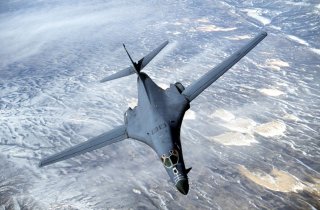 The Syrian military’s recent offensives against the southern provinces of Darra and Quneitra should remind us that international agreements and strong rhetoric, whether on de-escalation zones or chemical weapons, will not restrain Bashar al-Assad from doing what he wants. With hundreds of thousands of people newly displaced and the opposition-held city of Idlib in Damascus’ crosshairs, there is a growing risk that the United States could be pulled back into the Syrian conflict. While many potential triggers exist, the Assad regime’s tendency to use chemical weapons against dug in fighters may be repeated against the battle-hardened jihadists in Idlib, which makes reassessing Assad’s chemical weapons policy, and the U.S. red line, more important than ever.

After a chemical attack on the Syrian town of Douma on April 7 killed nearly forty people, the Trump administration asserted that it would “establish a strong deterrent against the production, spread, and use of chemical weapons.” Yet the joint American, British and French strikes that followed were so limited in scale—a conscious decision to reduce the risks of unwanted escalation with Russia and to avoid civilian casualties—that it is questionable whether they did much of anything at all. Indeed, with advance warning from Donald Trump’s tweets, the Assad regime acted to limit the damage of the impending U.S. attack on its critical military assets, and candid assessments from Israeli intelligence officials and the Pentagon undercut Trump’s declaration of “Mission Accomplished.”

Rather than demonstrating U.S. resolve, the strikes on Syria once again revealed that deterrence is an inappropriate tool for stopping Assad’s use of chemical weapons and that maintaining the U.S. red line is a fallacy. For as long as the West remains unwilling to threaten Assad’s survival more than the determined Syrian opposition—a policy which Washington adheres to for good reasons—Assad will not be truly deterred from using the means he deems necessary to win the war, including chemical weapons.

Digging into the Trump administration’s justification for its April 2018 strikes reveals important implications for the future of U.S. policy on chemical weapons use in Syria. President Trump decried the attack on Douma as “a significant escalation in a pattern of chemical weapons use,” alluding to this incident’s relatively high death toll in comparison to most others. This premise reveals a problem with U.S. deterrence strategy towards the Assad regime, which has been frequently implicated in using chemical weapons. For if the United States and its allies struck Syria because the most recent chemical attack killed—rather than merely injured—dozens of civilians, that both contradicts the administration’s stated policy that all uses of chemical weapons are violations worthy of reprisal and sends the wrong message to Assad about the taboo against using chemical weapons.

The Assad regime has engaged in brinkmanship in its utilization of chemical warfare, where chemical weapons are useful as long as their military benefits are not outweighed by the risks of using them. Assad had recognized that while deploying highly-toxic nerve agents like sarin would probably trigger a Western response, he could likely get away with using chlorine gas (which is a commonly produced industrial chemical and is far less deadly than other chemical agents). This inference largely explains why the Assad regime began “systematically and repeatedly” using chlorine gas in northern Syria in 2014 following the international outcry over the 2013 attack on Ghouta, where nearly 1,500 civilians were killed by sarin exposure.

Yet this assumption did not survive April 2018, when the use of chlorine gas compelled unprecedented American military action on Syria. Unlike in August 2013 and April 2017 when the U.S. responded to the Syrian regime’s use of sarin, this strike was in retaliation to a chemical attack where chlorine was the primary toxicant. This raises important questions about the U.S. red line on Syrian chemical weapons use. For if chlorine is now included under what qualifies for reprisal, and Assad maintains his clear preference for using chlorine gas, the threshold for U.S. intervention has well been lowered.

But despite that Syria has had one diplomatic and two military confrontations with the West over its use of chemical weapons, the Assad regime has not been easily deterred. This raises questions about whether violent threats that do not hold a regime’s survival at risk can deter an embattled dictator. Answering this question begins with a recognition that the underlying strategies behind U.S. strikes on Syria, deterrence and humanitarian intervention, have complicated histories and are only applicable in limited situations. As Syria is both a civil war and a proxy conflict between nuclear powers, a strategy of limited deterrence is not appropriate.

History shows us that interventions have a higher likelihood of success when they occur in relatively isolated, small to medium sized states where the domestic military force cannot credibly threaten the intervening party. The crises in Kosovo and East Timor exemplify these principles, but in states like Yemen and Myanmar where the aggressor has foreign backing (the United States for Saudi Arabia and China for Myanmar), calls for a cessation of hostilities or a third-party intervention are noticeably lacking. Looking at Syria, Russian and Iranian support prevents Assad from being isolated and greatly complicates the problem of deterring him.

To successfully deter someone from taking a particular action, the threat of punishment must be credible and the recipient cannot view that particular action as essential for its survival. Given that the Syrian opposition is dominated by extremists, the United States has little to gain from overthrowing the Assad regime besides more chaos and bloodshed. Additionally, Washington’s insistence on not killing Russian soldiers—whom are dispersed throughout Syria—leaves it with few options for credibly threatening Syria’s valuable strategic assets.

An additional lack of leverage over Russia and Iran, Assad’s backers, makes the situation even worse. For even if Moscow could be persuaded that chemical warfare in Syria was against its interests, the Russian government has little practical leverage over Assad—Moscow will not abandon its hard-fought gains and its ally to pressure Assad from using chemical weapons. Even if it would, it is not clear that this would be in the U.S. interest, given that a loss of Russian influence in Syria would produce a concurrent growth of Iranian power in Damascus.

If the threat of strikes on vital targets is not credible and limited reprisals will not dissuade the Assad regime from using chemical weapons, then deterrence is a flawed policy that should not be pursued in Syria. But that deterrence is inappropriate here should not rule out its usefulness in the future. When different circumstances allow, such as when an aggressor does not have backing from a nuclear-armed partner, a clear and coercive threat can prevent war crimes and atrocities from being committed.

If the United States truly wants to attain an end to chemical weapons use in Syria, reaching a resolution to the conflict is the quickest means to do so. Under present conditions, that means that Assad needs to feel secure enough to not need them. Eschewing policy options that seek to weaken the Assad regime must remain a principle of U.S. policy on the Middle East. Yet if Assad must be punished for his crimes, enforcing the Chemical Weapons Convention by encouraging international sanctions against culpable senior regime officials or charging the Organization for the Prohibition of Chemical Weapons with the ability to attribute violations are preferable to military reprisals.

Although taking military action against Assad feels both obligatory and cathartic, lashing out so we can say we “did something” is counterproductive without it being tied to a broader strategy. Further, failing to completely enforce the Syrian red line makes the West look weak and harms U.S. credibility, while truly enforcing it raises the risks of spillover, mission creep, and unintended consequences. Given that deterrence and intervention are out of the question, restraint in Syria is the more prudent option.

Image: By the U.S. Airforce on Wikimedia Commons