Realists Should Care about Morality 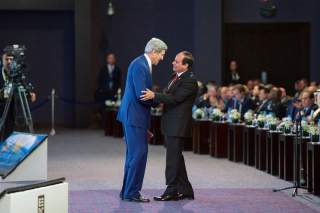 The popular caricature of foreign policy realists is that they care nothing about moral principles. Cold calculations about national interests and power relationships are all that supposedly matter to them. Realism is, therefore, portrayed as the ultimate in an amoral approach to world affairs.

As with all caricatures, this one contains a kernel of truth, but only a kernel. Realists do focus primarily on factors such as a nation’s security and economic interests and “hard power” relationships (e.g., the size and capabilities of military forces) in the international system. They give less weight to so-called soft power factors, such as cultural influence. And they are especially wary of appeals to moral calculations that bypass or minimize hard power considerations.

But that approach does not necessarily translate into an amoral, much less an immoral, foreign policy. Only when a country faces a true existential threat would a sensible realist argue that it is warranted to largely ignore moral factors. When a great power’s vital interests are imperiled, it may even have to make common cause with utterly odious allies. With Britain under German bombardment in World War II, Winston Churchill famously said (following Germany’s subsequent attack on the Soviet Union), that if Hitler invaded Hell, he would make a favorable reference to the devil in the House of Commons. But when lesser (secondary or peripheral) interests are at stake, moral considerations have a larger role to play in a wise realist foreign policy.

Unfortunately, U.S. policy both during the Cold War and since the end of that struggle has given a bad name to realism because it often has needlessly sacrificed basic moral principles. U.S. policymakers have done so when secondary and even purely peripheral interests were involved. That problem has regained recent prominence as Washington clings to a number of repulsive allies.

The Obama administration spurns calls to distance itself from its close ties to Turkey. Yet the regime of Recep Tayyip Erdogan imposes ever more draconian restrictions on freedom of expression, imprisons thousands of political opponents, journalists, teachers, and judges. The extent of his purge, ostensibly in response to a failed coup attempt in July, confirms that he is busily transforming Turkey’s democratic system into a thinly-disguised dictatorship.

The administration is actually increasing America’s links to the dictatorial regime of Egypt’s Abdel Fattah el-Sisi, including providing a new flow of weapons. But Sisi makes Erdogan look like a paragon of democratic tolerance. More than a thousand regime opponents have been executed since Sisi took power in a military coup and consolidated his power through thoroughly rigged elections. Thousands of other political prisoners languish in Egypt’s prisons and experience repeated torture.

Then we have America’s ally Saudi Arabia. Human Rights Watch and other organizations rank that country among the most repressive in the world—with good reason. Political opponents are routinely executed (often by beheading) for nothing more than daring to criticize the Saudi government. If Riyadh’s abysmal domestic behavior were not bad enough, the Saudi government has repeatedly funded and assisted Sunni extremist movements that have damaged American interests and cost American lives. Congress belatedly recognized the probable involvement of Saudi governmental elements in the 9-11 terrorist attacks when it passed legislation allowing families of the victims to file lawsuits against Riyadh. Yet, the Obama State Department’s moves to distance Washington from its ugly Saudi ally have been barely perceptible.

Finally, there is Washington’s alliance with the Philippines. That relationship has become worse than an embarrassment over the past several months. Philippines President Rodrigo Duterte has gone out of his way to insult the United States, among other things, calling President Obama a “son of a bitch” and cozying up to Russia and China. But that is the least of his offenses. In the name of waging a war on drugs, his military and police forces (along with sponsored vigilantes) have killed more than 3,100 people. All of those victims were executed without even a semblance of due process. And evidence is already emerging that some of them were not drug dealers but were simply opponents of Duterte. He is following in the steps of an earlier Philippines dictator, Ferdinand Marcos, who used an alleged communist threat to imprison and murder political opponents. Duterte topped off his outrages by favorably comparing himself to Adolf Hitler. Yet Washington’s response thus far is a mild tongue-clucking that we find some of his comments and actions “deeply troubling.” Secretary of Defense Ashton Carter combined even that anemic rebuke with assurances that the alliance with Manila remained “ironclad.”

Moral considerations should not, indeed cannot, be a substitute for a calculation of tangible national interests when forging America’s foreign policy. However, except when truly vital interests are at stake, they should be a critical supplement.

In fact, they ought to be an additional hurdle that must be cleared before a commitment (especially a military commitment) is made or continued. U.S. leaders should always avoid such commitments where American interests are not clearly at stake. But to warrant an activist stance by the U.S. government, the method of pursuing and protecting those interests also needs to be consistent with fundamental moral principles. If either factor is lacking, Washington should refrain from being involved.

None of our current embarrassing security commitments entail vital American interests. We can and should back away from embracing the likes of Erdogan, Sisi, the Saudi royals, and Duterte. America professes to stand for the values of democracy, freedom, and human rights. These thugs stand for none of those values. A wise and effective realist foreign policy would dispense with nonessential allies that repeatedly engage in repulsive behavior.

Ted Galen Carpenter, a senior fellow for defense and foreign policy at the Cato Institute and a contributing editor at the National Interest, is the author of 10 books and more than 600 articles on international affairs.