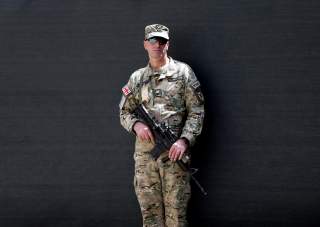 Western Europe and the United States are at loggerheads over any number of issues, ranging from Iran, the Climate Accord, trade, the recognition of Jerusalem, to NATO military contributions. While the Atlantic partners share common democratic values and feed off the prosperity of one and other, fundamental geopolitical fissures are emerging that are more than surface frictions created by passing political personalities on either side of the ocean. Two crowning achievements of the post World War II era, NATO and the European Union, are experiencing real strains reflecting long developing imbalances. If these institutions are to remain effective contributors to global stability in the twenty-first century, the need for strategic adjustment is inevitable.

After World War II, the United States organized the Marshall Plan and NATO to rebuild Western Europe economically and to protect it from the Soviet Union. The United States took the lead in each program, spending billions for Europe to help revive destroyed economies, and to send hundreds of thousands of U.S. troops and equipment to guard against Soviet invasion. Both efforts wildly succeeded, but they are now creating strategic tensions across the Atlantic, particularly since the collapse of the Soviet Union and the rise of China.

A fundamental mission of the U.S. Marshall plan was not only to resuscitate national economies, but also to foster and stimulate the idea of a united Europe, economically and politically. French senior statesmen, Jean Monnet and Robert Schuman played instrumental roles in creating the European Coal and Steel Community which united six countries, France, Britain, West Germany, Belgium, Luxembourg and the Netherlands to regulate for the first time in history their coal-and-steel production under a common supranational authority. The ECSC served as the crucible that ultimately led to the formation of today’s European Union (EU).

The evolution of EU/NATO Europe, from impoverished recipient of Marshall Plan assistance to its modern stature is a success story.

On the NATO military side, however, the picture is starkly different. Since the end of World War II, Western Europe’s military has not grown commensurately in capability with the region’s transformative economic recovery. For sixty-nine years, allies have been largely content, even happy to let the United States shoulder the lead responsibility for collective European defense. The overwhelming majority of twenty-eight European NATO allies have spent, since 1991, less than 2 percent of their GDP’s on defense, compared to a U.S. average of 3.5 percent, the highest of any country in the world, and more than the combined defense budgets of the next eight countries. In response to quiet diplomatic efforts by past U.S. administrations, NATO allies did finally pledge in 2006 to set a 2 percent GDP goal for military budgets by 2024. At that time, six European members met the target; and today just seven meet that goal: Britain, Poland, Latvia, Estonia, Lithuania, Romania and Greece. According to NATO Secretary General Jens Stoltenberg, even by 2024, only fifteen of NATO’s twenty-nine allies are projected to attain the 2 percent GDP defense spending target, which, in any event, is more of an accounting goal than a well thought out commitment to building up an independent, collective fighting force, capable of assuming prime military responsibility. During the July 2018 Economic Meeting in Canada, President Trump reportedly told “Angela [Merkel] that that you owe me $1 trillion” over her country’s prolonged failure to come anywhere close to meeting the 2 percent defense spending pledge. Despite all this, Germany, by far the most prosperous and populous country in Europe, still resists—pledging only to attain 1.5 percent by 2025.

During the Cold War the United States could afford to supply the preponderate military weight for its European allies, particularly as they rebuilt their economies and reconstructed their own armies. Over time, however, the idea that it was the United States’ fundamental responsibility to shoulder the lead for Europe’s defense against the Soviet Union, and now Russia, became engrained as a core assumption of U.S. foreign policy. The American defense umbrella over NATO Europe has now extended over seven decades—a state of affairs to which European allies have become fully accustomed.

The underlying historical conditions that have supported that arrangement, however, have transformed dramatically, particularly since the end of the Cold War. U.S. domination as the world’s leading economic power is less absolute today. According to the IMF, based on purchasing power parity, the Europe Union’s aggregate economy is now larger than that of the United States. Western Europe’s population of 508 million is also greater. The wherewithal of the United States to afford the kind of resources it spent over the Cold War years on furnishing defense for its European allies will inevitably become more challenging over the balance of the twenty-first century. From 1940 to 2017, U.S. government debt averaged 61.70 percent of GDP. For 2017, that debt ratio soared to 105 percent of GDP, a level not seen since 1946. The United States today has accumulated more government debt than any other country in the world. Continued welfare entitlement payments, coupled with high defense budgets, make it evident that the problem will not go away in the years ahead. The IMF projects that of the world’s thirty-five most advanced economies, the United States alone will see its debt to GDP ratio continue to rise until 2023. Every other country in that group is predicted to see its ratio decline. More than seventy years after World War II, the United States has arrived at the historical point where it will no longer be as able to afford its EU/NATO allies the luxury of not taking on significantly more substantive responsibility for their own defense, particularly against a Russian state that comes nowhere close to matching the population size and economic strength of Western Europe.

With lone American superpower status passing, the chasm between European economic prosperity and its military capability will become an increasing source of strategic friction in the Atlantic relationship. Since World War II, alliance partners have become sanguine about their freedom to pursue independent economic and diplomatic soft power objectives while remaining substantially reliant on the United States for hard power. For decades, European allies have kept the question of defense burden-sharing compartmentalized from other Atlantic partnership issues, such as trade, Iran, climate change, Israel/Palestine, or democracy/human-rights concerns. Inevitably, the time is fast approaching when this separation will no longer be possible.

Western Europe’s policy focus is further complicated by competing governing structures: the European Union, national governments and the NATO treaty alliance. The objectives of each stress different priorities and values. The European Union’s focus is primarily upon economic expansion and the promotion of democratic values that in turn can, and have, produced complications for the NATO alliance.

In Ukraine, the failure of EU membership talks, principally over democracy and human-rights questions, helped trigger a chain of events that ultimately led to the overthrow of Ukraine’s elected president, civil war in eastern Ukraine, and the annexation of Crimea by Russia. Because of Ukraine’s destabilization, relations between Russia and the United States sharply deteriorated; and the United States was forced to deploy Army brigades and other considerable military resources all the way from the United States to reassure Poland and the Baltic states that the United States and NATO would stand by them if Russia attempted similar aggressive moves in the future. Poland even has gone so far as to request a permanent deployment of a U.S. (not NATO Europe) military division to that country as security.

A dangerously similar process has taken place in Turkey which has unsuccessfully pursued EU membership since 1963. When Erdogan was first elected prime minister in March 2003, he emphasized that “Turkey [was] very much ready to be part of the European Union family.” In those days, the Turkish leader was seen as pro western, loyal to NATO and committed to changes in governance called for by EU negotiators to gain entry to the EU. Like Ukraine, the Turkish government initially undertook liberalizing steps to try to meet EU conditions, including laws against torture, abolition of capital punishment, and women’s rights reform. Negotiations between Turkey and Brussels dragged on for decades. Running throughout the process was an undertone of European hesitation over the idea of integrating an Islamic society into the Western European fabric. In September 2017, Chancellor Merkel declared that “that Turkey should not become an EU member.” President Macron of France added in March 2018 that at best Turkey might be able to have some kind of second tier “partnership” with the EU rather than full membership. Responding to these rebuffs after years of effort, President Erdogan declared that “[o]ne cannot permanently implore and wait to be finally included.” Today, accession talks appear dead and Turkey is turning its back on Western Europe, moving towards Russia and Muslim states. Fears have been expressed that Turkey is also beginning to have doubts about NATO as shown when the Erdogan government recently purchased a Russian made anti aircraft system, an extraordinary step for a NATO treaty partner to take.