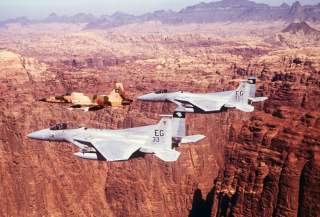 Now is the time for the United States to upgrade its partnership with the Arab Gulf states into a real alliance.

Should a nuclear deal between Iran and the U.S.-led group of nations known as the P5+1 (the United States, Russia, China, France, the United Kingdom and Germany) be reached, it will have significant implications for the security and stability of a strategically vital region for the United States and the global economy.

Such an accord would confer important security benefits to the region, but it also would be fraught with significant risks. More specifically, it would technically prevent Iran from quickly producing nuclear weapons (at least for the duration of the deal), but it most probably would neither pacify it, nor turn it into a responsible state that would respect its neighbors’ sovereignty.

Some regional partners of the United States, including Israel, Egypt, Turkey, Saudi Arabia and the United Arab Emirates, are much less uncertain about the outcome of what they see as a problematic nuclear agreement that does not eliminate Iran’s nuclear capabilities. Such a deal, they strongly believe, would only give Tehran license to dominate its neighbors and shape the region’s politics to its favor, all at the expense of regional security and collective interests.

So while a temporarily nuclear-free Iran would reduce the risk of the proliferation of weapons of mass destruction in the Middle East, it is not at all clear that it would make the region any safer. Anxious about their security and unsure about the future of their security relationships with the United States, Washington’s regional partners most likely would hedge their bets, intensify their arms buildups and compete much more aggressively with Iran in various strategic domains. This would likely create dangerous security dilemmas in the region, which could increase the likelihood of war. Such a domino effect, which is not unthinkable, would severely harm core U.S. interests in the region, as well as international security.

To guard against further regional instability broadly and any specific destructive dynamics that might result from a nuclear deal with Iran, the United States should make it abundantly clear to its regional partners that their security will remain a top mutual priority and that Iran will not be allowed to bully and destabilize its neighbors. Toward that end, the United States should propose and then negotiate a mutual-defense treaty with its long-standing, but most vulnerable, regional partners: the Arab Gulf states. This would be a very difficult decision, and could likely be opposed by some in the U.S. Congress whose concerns about some Arab Gulf countries' human-rights records trump their security concerns. However, without such a treaty, there is a good chance that the alternative would be a more unstable and insecure Middle East, which would be much more deleterious for U.S. interests.

Such a mutual-defense treaty would essentially upgrade the long-standing security relationships, which have stood the test of time, between the United States and the Arab Gulf states from partnership to alliance. The difference is far from semantic. If two or more countries are allies, it means that one is legally committed to the security of the other and vice versa, and would contribute to the defense of the other if it were attacked. NATO is perhaps the most prominent example of such an alliance, where an attack on one member is treated like an attack against all. On the other hand, if two or more countries share a security partnership, typically they are not obligated to defend one another if either comes under attack, though they do engage in various forms of security cooperation. In most, if not all, cases, no mutual-defense pact is signed between partners. This characterizes the current relationship between the United States and the six countries (Saudi Arabia, United Arab Emirates, Bahrain, Kuwait, Oman and Qatar) of the Gulf Cooperation Council.

A mutual-defense treaty with willing Arab Gulf states offers multiple strategic advantages for the region and the United States. First, it is a powerful signal to and deterrent against Iran. By doubling down on its decades-long relations with the Arab Gulf states, the United States would be clearly communicating to Iran its red lines in the region. Such clarity of intentions on the part of the most powerful military actor in the region is crucial for strategic stability. Second, it is the ultimate form of security assurance to the Arab Gulf states. Confident that the United States would protect them from any Iranian contingency, the Arab Gulf states would engage in more predictable and less risky behavior. Third, such a treaty could reinforce the Obama administration’s legislative package that should be included with the submission of the Iran nuclear agreement for Senate ratification, if a deal is reached and if the administration decides to submit it to the Senate, as a necessary complement to assure Senate hard-liners that the administration is deadly serious about the multifaceted Iranian security challenge. Fourth, a treaty could help respond to those who call for much larger U.S. military deployments to the Gulf and reassure the Arab Gulf states after the United States signs a nuclear deal with their arch-rival. While sustaining a robust posture and increasing U.S. military forces’ agility and flexibility is needed, under the umbrella of a mutual-defense treaty, massive new military deployments would not be cost-effective, especially in light of other global demands on the U.S. military.

A few years ago, when hopes of reaching a nuclear agreement with Iran did not look promising, U.S. officials entertained the idea of a mutual-defense treaty with the Arab Gulf states. Secretary of State Hillary Clinton suggested on July 22, 2009, that the United States would extend a “defense umbrella” to willing regional partners in the event that Iran obtained nuclear weapons.

The time for such a defense umbrella is now, not after Iran gets the bomb.