Scotland Votes "No": What’s Next for the United Kingdom? 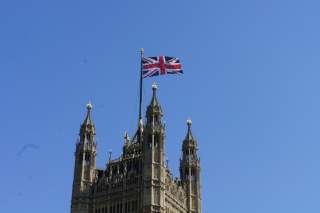 David Cameron can breathe a sigh of relief. Scotland has voted to remain part of the United Kingdom. The 307-year-old Union is safe. In the event, a clear majority of Scots voted to reject independence, with only 45 percent of voters agreeing that Scotland should be an independent country. Even so, British politics has been shaken to its core. And it’s not altogether clear what happens next.

First, the country and its leaders must come to terms with the fact that, for much of the past several weeks, it actually seemed possible that Scotland would opt to go its own way. It is hard to overstate the psychological impact of 1.6 million Scots voting for separation and thousands more having seriously considered doing so. Historically, the independence movement has struggled to gain the support of more than a third of Scotland. People in England, Wales and Northern Ireland have never seriously entertained the prospect of Scotland exiting the Union. After today, the naturalness of the United Kingdom—always challenged by many in Northern Ireland, of course—cannot be taken for granted. The Union is predicated upon consent, not tradition.

Second, there will have to be a reckoning of the constitutional cost of saving the Union. For while Scotland’s independence campaign may have failed in its ultimate goal, it did succeed in extracting from the Westminster parties a promise to deliver extra powers to the devolved assembly in Edinburgh, pushing the UK more and more into the realm of quasifederalism. It cannot be long before a solution is found to the so-called West Lothian Question—the constitutional anomaly whereby Scottish, Welsh and Northern Irish MPs are permitted to vote in the UK Parliament on legislation which now only affects residents of England. Exactly what form such a solution will take is anybody’s guess.

Third, there is the broader issue of ordinary citizens’ faith in the political class. Naturally, the debate in Scotland has focused on the disenfranchisement felt by Scots, many of whom are said to view politicians in London as distant and out-of-touch. Yet this feeling of discontent is not the sole preserve of Scotland: people across the rest of the UK are also disillusioned with Westminster and the political establishment, as evidenced in part by the surge in electoral support earlier this year for the radical Eurosceptic UK Independence Party.

Predictably, the three main Westminster parties already are trying to get out in front of the forces of change that Scotland’s referendum campaign appears to have unleashed across the United Kingdom. Whether the establishment will be able to control the unfolding process of political change remains to be seen, however. It is pertinent to remember that, in the 1990s, the Labour politician (and future Secretary General of NATO) George Robertson confidently predicted that the devolution of power to Scotland would kill nationalism “stone dead.” He was wrong. The establishment of a Scottish Parliament gave the Scottish National Party a pathway to government in Scotland and, ultimately, the institutional platform to legislate for yesterday’s referendum. Constitutional reform rarely proceeds without unintended consequences; leaders in Westminster must tread carefully in trying to accommodate the country’s malcontents.

On its face, yesterday’s vote against independence was a great victory for supporters of the United Kingdom and a blow for those who seek radical change. Yet the terms of the debate—particularly, the promise of extra powers to Scotland in the event of a "No" vote—ensured that the result cannot be interpreted as support for the status quo. Britain’s political class will feel like they have been put on notice. The rebuilding starts today.

Peter Harris is a Visiting Lecturer in Politics at Earlham College.