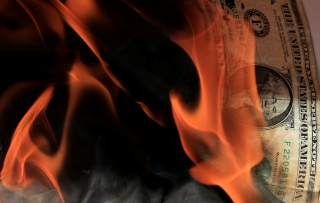 The U.S. economy decoupled from the rest of the world in 2018 with little fanfare. With a tailwind from tax cuts, the U.S. economy surged for most of 2018. This was despite the headwinds coming from abroad. China and Europe were both slowing, and there was a palatable sense that the United States was going to join them in 2019.

While the United States was decoupling from the rest of the world, China and Europe were beginning to realize problems were afoot. Much like the rate hike pause from the U.S. Federal Reserve, the European Central Bank has reversed course on its plan to remove accommodation in 2019. For its part, China has turned back on the credit spigots.

With much of world having slowed and stimulated (or simply stepping away from further tightening), there are reasons to be optimistic about the global economy’s potential for the remainder of 2019.

For the United States, the way 2018 played out is close to the ideal situation. Tariffs and the threat of tariffs on products from the European Union and China contributed to the global slowdown. But domestically the drag was more than offset by lower corporate tax rates, buying a year of better growth during trade negotiations and agitations.

And one of the most overlooked reasons for the optimism? The decoupling. While the United States was enjoying the rush of tax cuts, the rest of world was suffering from a sharp slowdown in growth. It is somewhat likely that 2018, particularly the second half, will be remembered as a short and shallow global recession. Now, China and Europe appear to be past the worst or close to the end of their respective downturns.

This means the abrupt end of the United States’ stimulus from the tax cuts need not end poorly (i.e. recession). Instead, there is a far higher likelihood of a soft-landing from the tax cuts. Simply: since the global economy was suffering through a sharp slowdown during the U.S. tax cut driven boom, the global recovery will likely help cushion the United States’ own slowdown. If 2018 was the year of decoupling, then recoupling will be the story of 2019.

Recoupling will be tricky. Not the least of which is because markets do not appear to believe it. While the probability of a rate cut from the Federal Reserve by their December 2019 meeting has declined, it remains elevated. This despite a U.S. economy growing at a pace consistent with the recovery to date.

There are already signs of a recoupling taking place. For China, Standard Chartered Bank’s survey of small and medium enterprise’s confidence has begun to move higher, and the Caixin manufacturing index surged over the past couple of months. In Europe, the ZEW survey of expectations for growth is positive for the first time since March 2018. While the data in Europe has yet to reaccelerate in a meaningful manner, there are signs the doom and gloom are subsiding.

If the United States can grow amid a sharp global slowdown, then is a recession probable when the rest of the world reaccelerates? No. Not to mention that many of the headwinds facing the rest of the world, namely trade disputes, appear to be in the late stages. Headwinds could be shifting to tailwinds for global growth. This is where the recoupling becomes a problem.

The Federal Reserve has retreated from tightening policy citing a lack of inflation and global growth worries. And the message was clearly received. Regardless of the Fed attempting to keep its options open and ceasing quantitative tightening, the Fed’s stance was extrapolated to meaning the end of hikes. But the recoupling means this interpretation is likely incorrect.

Trade deals, stimulus, and nonaggressive monetary policy are positives for the global economy. And many of the trade frictions and uncertainties that drove much of the slowdown are nearing their conclusions or are in the rearview mirror.

The recoupling of the global economy portends better growth prospects, but it also means that central banks are not out of the game. Recoupling will bring the Fed’s monetary policy back into focus, and few are prepared for a resurgence of tightening (or even the potential for it). Not only will the United States avoid recession, but growth expectations are too pessimistic. And that means the Fed’s not done yet.