Religious Freedom in U.S. Foreign Policy: Getting It Right, Now 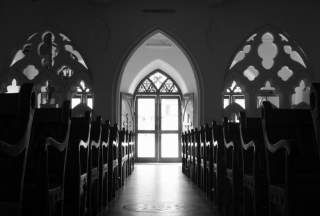 On July 24, Meriam Ibrahim and her family, the targets of barbaric religious persecution by the Sudanese government, were permitted to flee Sudan. On July 28, President Obama nominated Rabbi David Saperstein to be the U.S. ambassador at large for international religious freedom.

Those two events frame a new opportunity for the United States to mitigate a dangerously accelerating global crisis in religious persecution by advancing international religious freedom. A serious investment of America’s diplomatic resources in this venture would be both morally right and strategically sound.

In January, Meriam, a pregnant Catholic wife and mother, was arrested for apostasy, imprisoned and sentenced to 100 lashes and death by hanging. For months, Meriam lay shackled in a Sudanese prison, struggling to care for the two-year old son imprisoned with her. In May, her legs still shackled, she gave birth to a baby girl. Throughout this savage and inhumane travail, Meriam was offered freedom. She was told that if she renounced her faith and embraced Islam, she and her children would be free. She refused. Sudan released her and her babies after an extended international outcry.

Rabbi Saperstein is a veteran, well-regarded advocate of religious freedom. He has assured friends that he will act resolutely to address the global crisis. If he is given the authority, status and resources to succeed, Saperstein can position American diplomacy to undermine the structures of persecution that victimized Meriam and grow daily in states around the world. He can lead a renewed effort by the U.S. government to advance religious freedom that has a chance at success, not simply because America desires it, but because it will help societies achieve their own objectives. Saperstein should be confirmed immediately by the Senate.

The global crisis of religious freedom has reached a tipping point. According to the nonpartisan Pew Research Center, as of 2012, 76 percent of the world’s population “live in countries with a high or very high level of restrictions on religion”. Millions are subject to violent persecution, such as forced expulsion, rape, torture and unjust execution because of their religious beliefs. Christians, under siege in Syria, Iraq, Egypt, Nigeria, China and elsewhere, are most in the crosshairs, with Muslims not far behind. Persecution of Jews is increasing.

One result is humanitarian catastrophe. The Middle East is being emptied of its millennia-old Christian community, as Christians have no alternative but to flee their homelands. Muslim minorities in places like Pakistan, Indonesia, Saudi Arabia and China are forced to live as recluses in their own lands. The causes of the crisis are many. State-sanctioned criminalization of apostasy, blasphemy and defamation provide major structural support for persecution. Violent religious extremism is dangerous and spreading.

A second result is instability, characterized by political conflict and chaos, economic disaster, and religion-related violence. All of these problems affect vital American interests. Last December, the Patriarch of the Chaldeans, Louis Raphael Sako, keynoted a conference co-sponsored by Georgetown and Baylor Universities. Sako, in grave danger today as the head of Iraq’s largest Christian community, asked then, “What happens to the Middle East if Christians flee?” His answer: enormous human suffering on the part of the Christians, and deepening instability in the countries themselves.

How can the United States, led by Ambassador David Saperstein, mitigate this crisis? In 1998, Congress passed the International Religious Freedom Act. That law mandated the ambassador’s position as head of a new initiative to advance religious freedom in our foreign policy. Three administrations have struggled to implement that initiative. Notwithstanding some modest steps forward, none has positioned the office to affect real and lasting policy changes. It is difficult to name a single country in the world where U.S. religious-freedom policy has reduced persecution or increased freedom.

In 2008, President Obama and Secretary Clinton pursued other, highly important priorities (such as Global Women’s Affairs), but the initial appointment for Obama’s religious-freedom ambassador took two and a half years and led to a lackluster performance by the ambassador and the Department of State. Regardless of the past record, however, we believe the nomination of David Saperstein is a strong step forward, and he has the potential—if given sufficient resources and cooperation by the administration and Congress—to help lead the United States in addressing the profound crises that millions of persecuted religious minorities face every day.

Notwithstanding his considerable talents, Saperstein will fail, too, if he is denied the tools to succeed. Ideally, he should, like ambassadors at large for other issues, report directly to the Secretary of State, attend policy meetings of senior officials and be given the staff and financial resources he needs. Most importantly, Saperstein should be authorized to draft a national-security strategy to oppose religious persecution and advance religious freedom, especially in the ever-growing number of nations vital to our interests. This strategy should incorporate growing evidence that religious freedom can help stem the rising tide of violence and terrorism, political chaos and economic distress that besets much of the world today. If successfully implemented, a revitalized U.S. religious-freedom policy could do much to reduce human suffering and advance America’s vital national interests.

Members of the Senate: do not delay. Millions of people around the world, like Meriam, need an energetic, successful Ambassador Saperstein—including the people of the United States.

Michael Kessler is the managing director at the Berkley Center for Religion, Peace, and World Affairs and visiting assistant professor in the Government Department.