Rep. Kao: Time for Taiwan to Return to the ICAO Assembly 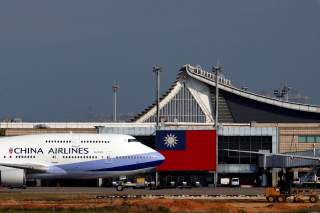 Nation-states that share democratic Taiwan’s concerns for international air safety and security should urge the International Civil Aviation Organization (ICAO) to invite Taiwan to attend the 40th Assembly. It is scheduled to be held in Montreal, Canada, from September 24 to October 4. A positive step in this direction was taken by the G7 foreign ministers’ meeting in France in April. In a joint statement, the ministers declared that “we support the substantive participation of all active members of the international aviation community in ICAO forums. Excluding some of its members for political purposes compromises aviation safety and security.” Unfortunately, Taiwan is once again unable to participate this year due to China’s Orwellian oppression.

Taiwan’s minister of transportation and communications, Lin Chia-lung, clearly indicated that Taiwan’s professional and constructive participation would help ICAO realize its vision and accomplish its mission of connecting the world. She noted that Taiwan remains willing to share its experiences in developing the aviation industry and technical expertise to pursue the common goal of safe, orderly and sustainable development of international civil aviation.

Unfortunately, Beijing’s efforts to isolate Taiwan and restrict its international space has extended to the assembly. Taipei was invited to attend the 38th ICAO Assembly in 2013 as a special guest of the ICAO council president, where Taiwan won praise and affirmation for its meaningful contributions. Due to Beijing’s interference, this courtesy was not extended for the triennial 39th ICAO Assembly held in Montreal in 2016.

The preamble and Article 44 of the Convention on International Aviation, which established ICAO in December 1944, call for the promotion of world peace and equality of opportunity for all states to develop air transport services. Taiwan, under its official name, the Republic of China, was a founding member of ICAO. However, due to China’s political coercion and manipulation, Taiwan was forced to withdraw from the United Nations in 1971. As a result, the government and twenty-three million people of Taiwan have been subsequently unable to participate in ICAO meetings, activities, and mechanisms. This is despite the fact that Taiwan occupies a key position in both regional and global civil aviation transport and flight control. According to Airports Council International, Taiwan Taoyuan International Airport ranked eleventh and fifth in the world for international passenger and cargo volume in 2018. The council awarded Asia fifth place in both categories. Taipei Flight Information Region (Taipei FIR), which is managed by Taiwan’s Civil Aeronautics Administration (CAA), provided over 1.75 million instances of air traffic control services and handled over 68.9 million incoming and outgoing passengers in 2018.

Provision for international air safety and security should not be subject to the political whims of some disaffected party. ICAO should be true to its preamble’s pledge of “equality of opportunity” for all states. Further, it is quite apparent that the participation of Taiwan, as a trustworthy ICAO partner, will bring the organization closer to realizing its goals.

We urge all countries to take concrete action to publicly support Taiwan’s participation as an observer in the 2019 ICAO Assembly. Only when Taiwan is able to participate in ICAO will Taiwan be able to keep abreast of the latest developments in a timely manner. And only then will Taiwan be in a position to best ensure aviation safety and quality services in the Taipei FIR. This is how Taiwan can help ICAO achieve its objective of creating a seamless sky for all air passengers flying over the Asia-Pacific region.

Stanley Kao is Taipei’s top representative to the United States.