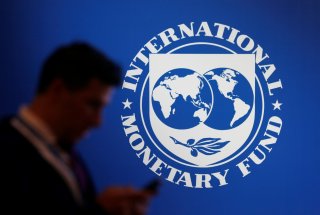 It is once again becoming fashionable to write the International Monetary Fund (IMF) off as an institution that has long since outlived its usefulness. Those subscribing to this view might want to reflect on the fact that there have been numerous past occasions when commentators have written off the IMF, only for it to have then played a more central role than before in helping to resolve a subsequent world economic and financial market crisis.

This time around, those dismissing the IMF are arguing that in the wake of the Covid-19 pandemic, the IMF’s role has been usurped by the world’s major central banks through their unprecedentedly massive round of bond buying. By keeping global markets awash with liquidity, that bond-buying helped keep the troubled emerging market economies afloat. The question that these commentators are not contemplating is how very much the IMF once again will be needed, this time to deal with the emerging market debt crisis that will all too likely occur when the music of ultra-easy central bank money finally comes to an end.

A more recent instance when the IMF was written off was in the quiet years following the Asian debt crisis of the late 1990s. This led to a significant downsizing of the IMF staff on the very eve of the 2010 European sovereign debt crisis. Once again, during that European crisis, the IMF’s critics found how useful the IMF was in fashioning a coordinated international response to a crisis that threatened to derail the global economic recovery through a wave of southern European sovereign debt defaults.

Today, those who think that the IMF has outlived its usefulness point to the limited role that the IMF has been playing in supporting the emerging market economies following the enormous damage that the Covid-19 pandemic wreaked on those economies. In particular, they note that over the past eighteen months, the IMF has loaned those countries only some $120 billion. Such IMF lending was but a small fraction of the more than $1.5 trillion that these countries were able to raise in the international capital market thanks to the massive bond buying programs of the world’s major central banks.

The key point that those wishing to wind down the IMF overlook is that the ultra-easy monetary policy of the major central banks that has been keeping the world awash with liquidity will not go on forever. Indeed, as increased signs of inflation are now emerging, the world’s major central banks are giving every indication that they will soon dial back their bond-buying programs. As an example, Fed Chair Jerome Powell is now indicating that the Fed will likely start tapering its bond-buying program before the end of this year with a view to ending that program by the middle of next year.

If the experience with the 2013 Ben Bernanke taper tantrum is anything by which to go, the emerging markets should brace themselves for a very strong capital reversal when the world’s major central banks stop printing money and start raising interest rates. Considering how very much more compromised are the emerging markets’ public finances today and how very much higher are their debt levels than they were in 2013, such a capital reversal risks triggering the wave of emerging market debt defaults about which the World Bank keeps warning us.

With a prospective emerging market debt crisis on the horizon, the last thing that we should be thinking about is scaling back the IMF. Rather, what we should be doing is to ensure that the IMF is both adequately financed and well prepared to help lead a coordinated international effort to defuse any such crisis that could pose a real threat to the world economic recovery.