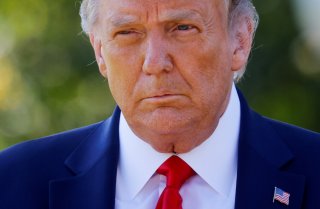 In the early months of 2017, addressing a program at the Center for the National Interest, I predicted that, as president, Donald Trump would prove to be equal parts Teddy Roosevelt, P.T. Barnum and Evel Knievel. Nothing has happened since to change my mind. I had voted for Mr. Trump in November of 2016 with no illusions but convinced that his opponent was even less worthy of the presidency than he was. I felt the same way in 2020 and voted accordingly.

Unfortunately for Mr. Trump—and, more importantly, for America—as his presidency progressed, he often channeled the wrong parts of each of the three spirit guides I cited in my talk. He had more than enough of Roosevelt’s bluster, restless nervous energy and oversized ego, but almost none of his intellect and historical perspective. He had Barnum’s genius for self-promotion but not his canny sense of just how far he could carry a pitch before alienating his audience. And he shared Knievel’s incredible risk-taking panache minus the latter’s firm grasp of the laws of gravity. Trump was always a master of the dramatic launch; safe landings were never his strong suit.

A flamboyant celebrity with no political track record in 2016, Trump ran as an outsider. He scored a remarkable victory over Hillary Clinton, the ultimate political insider complete with an insider’s all too obvious, arrogant sense of entitlement to power. But that impressive result was more of a public rejection of Hillary--and the odorous Clinton political baggage she was lugging—than it was a public embrace of all things Trump. In 2016 the issue was Clinton and Trump won; in 2020 the issue was Trump and Biden won.

Nevertheless, Trump’s basic anti-Washington message resounded with millions of voters. His emphasis on safe, secure borders, an end to bloody, costly and often botched overseas military interventions not in our clear national interest, and his emphasis on tax and regulatory relief and market-driven prosperity still play well with large segments of the electorate today. But, once in power, Donald Trump was often his own worst enemy.

While his administration and Republicans in Congress delivered programmatically, Trump—whose worse points were always seized on and often magnified and distorted by the hostile, liberal mass media—turned off enough middle-class, Republican-leaning voters, especially in suburban swing districts, to cost the GOP its House majority in the 2018 mid-terms, just as his inability to reach out beyond his hardcore base contributed to the loss of what should have been two safe senate seats in Georgia, and Republican control of the Senate itself, in the waning days of his presidency.

It is important to bear in mind that even as this scenario of failure played out in 2020, Republicans scored a substantial gain in house seats, their congressional candidates outperforming Trump in many congressional districts. These successful Republican candidates were running on essentially the same issues as Donald Trump. But they were not running like Donald Trump. Thus, in most cases, the Trump agenda actually fared better when it wasn’t attached to the hips to Donald Trump himself.

The result is that seven months into the Biden presidency, Trump can still fill big venues with cheering true believers, much as Bernie Sanders was able to do during his losing bid for the Democratic presidential nomination in 2020. But the real action is elsewhere. Donald Trump, like Bernie Sanders, still has a hardcore cadre of fanatical fans. Both men, however, are increasingly marginalized cult figures, political celebrities with a die-hard following but less and less break-out appeal. The crowds they attract look more like aging fans at a Rolling Stones farewell tour than members of a living, growing political movement.

Many of the Republican candidates for nomination courting Trump endorsements today—or trying to run on his coattails—are political bottom feeders who will not make it through the primary process. Successful nominees will win in November of 2022 if they run hard on the sound, conservative policies that helped elect Trump in 2016 and came close to re-electing him in 2020, despite a crippling pandemic, one-sided reporting and his own uneven, erratic performance as a candidate. If they concentrate on the positive application of these principles—rather than harping on real or imagined past grievances about a presidential election that is lost, over and done with—they stand an excellent chance of recapturing both the House and the Senate in the 2022 midterms. But they will do it by running on the winning issues espoused by both Trump and the Republican Party, not as a herd of Donald Trump impersonators mimicking his often divisive, unwinning ways. This is no time to bring on the clones.

As for Donald Trump, as the special primaries in Texas’ Sixth Congressional District and Ohio’s Fifteenth Congressional District have now demonstrated, despite a fat war chest and a last-minute public relations blitz, Citizen Trump is neither a king-maker nor a king-breaker. In the straight, one-on-one runoff in Texas, the candidate with his endorsement lost by a six percent margin. In Ohio, in a divisive field of eleven candidates that fragmented right to life, libertarian, law and order, evangelical and traditional conservative voters, after dumping more than a quarter-million dollars into a last-minute media blitz, Trump’s endorsee won even though sixty percent of the vote went to the other Republican candidates. And these rather feeble, ambiguous results occurred when Mr. Trump had only two endorsees to back with his big bucks and national political network. Next year, with hundreds of Republicans vying for nominations in congressional districts all over the country, Trump’s impact on individual primary races will be drastically diluted.

There is only one way—and it is a strictly negative one—in which Donald Trump can recapture the political limelight he so desperately desires. He could channel his inner Teddy Roosevelt to run for president again in 2024. Chances are, like Teddy in 1912, he’d end up doing it as a third-party dissident in a three-way field. Roosevelt placed second that year and, although he and Republican William Howard Taft received a larger combined vote, Teddy’s Bull Moose insurgency allowed Democrat Woodrow Wilson to squeak into the White House with disastrous results all around.

But Roosevelt was still a relatively young fifty-four-year-old when he ran in 1912, and he had a much broader popular base than Donald Trump has ever demonstrated. By contrast, come Election Day 2024, Mr. Trump, who was born on June 14, 1946, will be well into his seventy-eighth year. In fact, on election night 2024, he would be more than five months older than Joe Biden was on election night 2020.

Not, I think, the most auspicious of precedents.