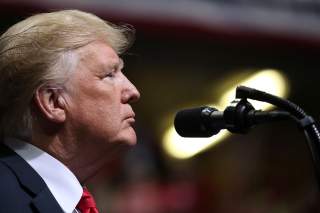 To a further degree these elections were also about the politics of confrontation, the stepchild of former Speaker of the House Newt Gingrich. The commentariat is now close to uniformity in its conclusion that he began construction of the Trump highway to the White House in 1980.

And he did so by thumbing his nose at cooperation and consensus-building with Democrats. He did it by confrontation . . . on virtually every issue and every occasion. Though it is now a misty-eyed recollection of President Ronald Reagan embracing Tip O’Neill, moderate Republicans were purged by more conservative Senate and House candidates and all followed Reagan down the yellow brick road of spending and tax cuts, confrontation of communism, (with the exception of nuclear arms agreements), and government deregulation.

Following sixteen years of Democratic Presidents Bill Clinton and Barack Obama, interspersed with three Bush administrations, it was time for serious confrontation once again. Trump entered the stage and began pushing the Romney and Bush wing of his party around by calling them weak. He was angry. His dukes were up. He wanted blood. And a waiting “base” loved it.

After two years of one-party government, whose principal successes were putting more money in the pockets of the wealthy and adding a new generation of conservative judges to the judicial system, much of the nation this year was ready for a course correction and greater focus on the well-being of Americans rather than demonization of terrified women and children refugees.

With one House of Congress now in the hands of the opposition party, the strategic ball is in the hands of the White House. Either return to cooperation and consensus of the pre-Gingrich era or build a wall around “the House.” Wouldn’t it be interesting to listen to this discussion now going on in the Oval office?

Seasoned, some might say cynical, political veterans are betting on the latter, if for no other reason than that is what the “base” wants. Cooperation and consensus are boring, particularly if it’s Nancy Pelosi on the other side of the table.

Confrontation with the House will yield little that is domestically marketable. The president’s eyes could well return to the world a new start with Kim Jong-un that has, so far, yielded little; the continuing closed-door courtship of Russian president Vladimir Putin; cavalcades of treacherous immigrants marching on our borders; and forgive and forget dissident journalist carving by the Saudis because they buy our weapons and they supply the oil cut off from Iran by sanctions.

These and other resumed international initiatives will be supported by a loyal Senate, and the House can only criticize from the sidelines.

The 2020 presidential election is now underway, of course, and all executive branch actions will be conditioned on that goal for the next twenty-four months while Democrats will be preoccupied by a large pool of national aspirants.

But all this speculation overlooks one reality, of course. That reality is named Robert Mueller. We could witness a Saturday night massacre any day of the week now, sooner rather than later. Out goes Attorney General Sessions, to be followed quickly by Deputy Attorney General Rod Rosenstein. And their replacement, already in the Department of Justice, will hand Mueller his papers and sequester his now voluminous files.

What a scene for the inevitable movie. FBI agents surrounding the desk of their former director as he empties his desk into a large number of packing boxes.

But then, there are those pesky thumb drives to worry about.