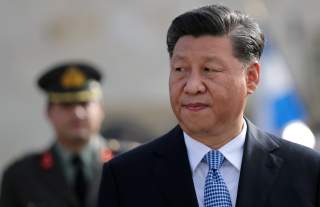 When Deng Xiaoping enacted China’s Open Door Policy in 1978, many Westerners assumed the liberalization of China’s economy would eventually be matched by a similar liberalization in the country’s political structure; they assumed that, as the Chinese people became accustomed to the freedom to make their own economic choices, they would eventually demand—and receive—political freedom.

As of yet, these demands have gone unmet. Instead of embracing economic and political openness, the Chinese Communist Party has strengthened its control over the country by silencing anyone willing to offer a narrative different from its own. Those in doubt have only to look at the documents leaked to the New York Times detailing the CCP’s crackdown on Muslim minorities living in the Chinese province of Xinjiang as proof.

So how did the West get China so wrong?

The answer is that too many in the West underestimated the strength of a political philosophy that has no place for protecting the individual, only for ensuring the survival of the Party.

To seize control without raising alarm in the West, the Party has walked a careful line, allowing repression in service of the CCP’s narrative while simultaneously paying lip service to Western concerns about human rights and liberty. The CCP claims to support religious freedom, for example; Chinese President Xi Jinping even favorably compares the precepts of certain religions to his own political philosophies as a way to validate the CCP among religious Chinese. Yet at the same time, the CCP is increasing persecution of many religious groups — especially Protestant Christians, Tibetan Buddhists and Uighur Muslims. For these believers, even mundane religious behaviors—such as praying in public or lighting incense—can be enough to draw the ire of the Chinese government. Political protesters have experienced a similar increase in repression since Xi took office in 2012.

The CCP’s ability to root out dissenters and reinforce its narrative of supremacy has grown dramatically over the past decade thanks to the Party’s embrace of more sinister uses of technology. Its extensive biometric database, compulsory DNA testing of “high-risk” individuals, and expansion of surveillance through the mass installation of cameras with facial and voice recognition software has culminated in the development of a Social Credit system (SCS), which allows the Party to punish individuals for anti-social activities like owing traffic fines. The SCS, combined with a 2016 Cybersecurity Law granting the CCP access to any data it wants, has led to a great inflow of data to the CCP, which it can use to determine who counts as a “good” Chinese citizen.

Despite the oppressive nature of this behavior, the CCP has consistently promoted it as necessary to ensure China’s security. For example, the slogan for one of China’s internet surveillance programs—“strengthening the construction of network integrity, cultivating the concept of legally operating the internet and using the network with integrity”—implies that CCP surveillance is necessary for a functioning society.

As the CCP’s grip on China strengthens, the Party has been more blatantly aggressive in forcing others to accept its narrative. Global companies courting vast numbers of Chinese consumers have shown a willingness to cave to CCP demands for fear of being shut out of the market. This capitulation will have dangerous political ramifications down the line. The CCP knows it can use economic pressure to legitimize its political stances. In 2018, for instance, the Chinese Civil Aviation Administration accused several international airlines of violating Chinese laws by listing Taiwan, Hong Kong and Macau as separate countries on their websites. After intense pressure from the CCP, the airlines caved. From the CCP’s point of view, this is a victory when it comes to protecting its narrative regarding the sovereignty of those three islands.

Tacit approval—or assistance—of the CCP’s repressive behavior from global companies will only lend legitimacy to the CCP. Western policymakers and companies need to recognize that the CCP’s persecution of anyone it views as a threat to the Party and its willingness to use economic pressure to force international companies to toe the Party line stem from the CCP’s fundamental nature. To expect the CCP to liberalize is to ignore the very foundation of the narrative upon which it asserts its legitimacy.

Kathryn Waldron is a fellow at the R Street Institute, where she researches and writes on issues related to national security and cybersecurity.