Resisting America's Unstoppable Urge to 'Do Something' 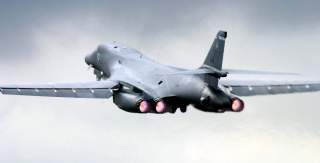 Congratulations, Rex Tillerson, on your nomination as secretary of state.

Condolences may also be in order. Assuming you are confirmed, you will have your hands full explaining President Trump’s tweets to the rest of the world, putting out fires, managing relations with allies, friends and frenemies, and implementing the president’s foreign-policy agenda in an increasingly complex and dangerous world.

But your biggest challenge may not be abroad but much closer to home. The foreign-policy bureaucracy over which you will preside—and the Washington elites of liberal interventionists and neoconservatives—cling tenaciously to an interventionist philosophy which appears to be out of step with your boss’s predilections for a less active U.S. role abroad.

Will you become the master or captive of this bureaucracy and the foreign-policy establishment?

For all his rhetoric and bravado, the president-elect has urged the United States to adopt a less activist posture abroad, especially in the Middle East. These instincts, which according to numerous polls are very much in tune with the sentiments of most Americans, are reflected in his stated opposition to America’s role as the world’s policeman, nation building abroad, interference in the internal affairs of other countries, the promotion of democracy and human rights, and fighting costly wars in the Middle East when American vital interests are not at stake. He has also urged America’s allies to do more to defend themselves, so that the United States can do less.

But if you walk the corridors of the State Department on a typical day, as the two of us did for decades, there are dozens of meetings that bring together exceptionally bright, talented and capable diplomats to discuss how the United States can proactively take the lead in solving the world’s problems or defusing the latest crisis du jour. They may not always agree, in State Department lingo, on a “way forward.” There is invariably agreement, however, that America must always “do something.”

The impulse for America to solve every problem, anywhere in the world, is noble and inspiring, and it has often been a force for good. But more often than not in the last twenty-five years, America’s misguided hyper-activism has produced disaster, especially in the Middle East. Indeed, the Constitution talks about creating a more perfect union; it doesn’t commit America inexorably and always to creating a more perfect world.

Here are four reasons why the ethos of “just don’t sit there, do something” is hard-wired into the DNA of America’s diplomats—and why it won’t be so easy to put the Trump America-first, risk-averse brand on U.S. diplomacy.

For all the hand-wringing about America’s decline, it is still the most powerful country in the world. As the ancient Greek philosopher Thucydides said, “the strong do what they can and the weak suffer what they must.” Because America is so secure and powerful, it has the luxury of being able to go out, in the memorable words of John Quincy Adams, “in search of monsters to destroy” where most other countries dare not tread. And because of its wealth and geographic security, it can afford to commit serious foreign-policy blunders and still recover.

Just because America can do something doesn’t necessarily mean that it should. Iraq and Afghanistan—the two longest wars in American history, where the standard for victory quickly became not “can we win?” but “when can we leave?”—are cases in point. And we need to be very wary of situations (see Syria) when half-measures are just enough to get the United States committed but not enough to affect the outcome on the ground, or of taking on challenges where conditions on the ground almost certainly doom grand ambitions. And yet, as in the Israeli-Palestinian conflict, we try anyway and fail, damaging our credibility because Israelis and Palestinians say no to us without cost or consequence. The desire to do something is motivated by good intentions, but we know from our experience in the Middle East where that road often leads. And at the end of the day it is outcomes—successful ones, not motivations and intentions—that count, and these should be the final arbiter of the success of American policies.

One of the biggest drivers of the do-something imperative is the simple fact that we think we understand the world, when in many respects we really don’t. Part of the problem is that we see other countries’ circumstances far too often through our own unique prism. This leads to a preternaturally naïve view of why other nations—small and large alike—behave the way they do.

Think about it: we are the only great power in the history of the world that is in the fortuitous position of having non-predatory powers to our north and south, and fish to our east and west. These two oceans—our “liquid assets,” as historian Thomas Bailey described them—have freed us in large part from the forces of history and geography that shape the worldviews of most of the other nations with which we deal. They are fundamentally suspicious and mistrustful; consumed with security, deterrence and spheres of influence; and imbued by a darker view of history that makes it harder to accept the U.S. view that the world has become so globalized that every nation should have some kind of stake in the other’s success.

Maybe this is true in a faraway galaxy. But back here on planet Earth, there’s a different reality. When Secretary of State John Kerry says that Putin is behaving in a nineteenth-century fashion in Ukraine, we understand the sentiment—but it reflects a naivety about why Russia responds the way it does, and the power that history, geography, nationalism and pride play in how other nations conduct themselves and perceive U.S. actions. Lecturing Egypt on human rights, telling the Saudis they should make room for a rising Iran in their region and warning the Israelis that unless they are magnanimous toward the Palestinians their state is likely doomed may be rational and logical policy statements from Washington’s vantage point. But they just don’t compute in the cruel and unforgiving world in which they live. We seem to forget that where you stand in life has a great deal to do with where you sit.

Because We’re the Indispensable Nation

Americans have also been taught that there are no international problems that America cannot solve—that even the most stubborn and complicated ones will eventually yield to good old American know-how, ingenuity and grit, and, if those don’t work, a lot of money and often the use of military force.

There is also a deep-seated belief, though seldom expressed, that the true measure of any self-respecting superpower is how well it solves problems—that successfully managing, mitigating and containing problems is for wimps and second- and third-rate powers. We fashion ourselves the fix-it power. This is why so many members of the foreign-policy establishment are aghast that Russia has taken the lead in, and cut the Obama administration out of, the latest round of Syrian diplomacy. These negotiations will be hard-pressed to deliver a sustainable cease-fire, let alone a legitimate political transition; but if the Russians (and their Iranian and Turkish partners) are successful in halting the violence and bringing relief to the Syrian people, then why should the United States care about who gets the credit? Russia succeeded because it had real assets on the ground that America lacked.

It may be hard for America to accept, but we don’t have the will or the resources to be indispensable and successful everywhere. And the politically inconvenient reality is that we’ve been deluding ourselves for years about our indispensability, particularly when it comes to believing that we are prepared to promote American values. Look no further than the U.S. response in the face of mass killing and genocide. With the exception of Bosnia and Kosovo, America has consistently failed to intervene, whether it was the Armenian genocide, the Nazi Holocaust, Cambodia, Rwanda, Darfur, or the Congo. Obama’s risk aversion on Syria is the historical norm, not the exception, in U.S. policy.

Because We are Obsessed with American Leadership

The L word. It’s a popular trope: if the United States doesn’t take leadership, nobody else will, and the void left by America’s unwillingness to lead will create a vacuum that will be filled by America’s enemies and other evil forces. The U.S. foreign-policy establishment needs a healthy debate on what U.S. leadership means in a changing world. Too often, it means the willingness to use force to solve problems abroad that do not have military solutions. And all too often, it has meant asking other countries to follow us even when we haven’t charted a coherent strategy or blueprint for how we intend to accomplish the goal or thought through the consequences and cost of our actions.

The Obama administration’s policy toward Syria, which relied on half measures that did just enough to implicate U.S. prestige but not enough to influence the outcome of the civil war, is a good example. Surveying the wreckage in the Middle East that U.S. leadership has wrought—in Libya, Iraq, Syria and Yemen—it is hard to make an empirical case that more American leadership in this angry, broken and dysfunctional region is good for the people of the Middle East or for America. Those who advocate the “just don’t sit there, do something” philosophy to show American leadership would do well to remember the words of that famous musically inclined English philosopher George Harrison, that “when you don’t know where you’re going, any road will take you there.”