Rethinking the Military Budget Amid the Coronavirus Crisis 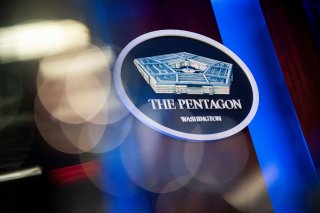 The definition of insanity is doing the same thing over and over again and expecting a different result. So why does the U.S. government cling to a “national security” strategy that has never, and can never, make its people truly secure? For decades, America’s modus operandi has been to chase military and economic superiority at any cost, even at the expense of its own well-being.  It didn’t make sense before the global pandemic, but now it is truly, well, insane.

No other state in the world funds its military at the scale that the United States does, and as a result, America seems to be able only to imagine militaristic responses to every conflict and challenge. Year after year, legislators greenlight an ever-increasing Department of Defense topline budget with little to no meaningful pushback or oversight. The justifications are often vague appeals to “readiness” and “security” but are short on specifics or results. In 2019, U.S. military spending topped $732 billion, which is a staggering 53 percent of the discretionary budget and more than that of the next nine countries combined.

Yet, despite excessive lip service about how necessary this funding is to protect us, the United States now leads the global body count from a biothreat every other country has been able to sharply mitigate. Over one hundred thousand Americans have died in three months. An expected fifty thousand more will die before August. Millions more will be shorted by the country’s fundamental lack of a safety net: left with untenable hospital bills from contracting the virus, out of work from nationwide mandated closures, and harboring a newfound sense of instability and trauma from the realities of months of living in a nation-gone-under.

It has become apparent that pouring dollars into the Pentagon doesn’t actually increase the country’s safety, it just fills the coffers of the military-industrial complex. The greed of the industry didn’t let up even as the severity of the coronavirus crisis began to dawn on the public and states enacted their first stay-at-home orders. Around that time, 104 legislators signed a letter supporting the defense industry’s request for more money for more F-35 fighter jets, even as hospitals struggled through a shortage of personal protective equipment and millions of Americans lost their jobs. The Trump administration has already proposed a $740 billion military budget for 2020, yet the Department of Defense seized upon the pandemic by requesting and receiving an additional $10 billion in the Coronavirus Aid, Relief, and Economic Security Act.

Make no mistake, the Pentagon has more than enough money. If new needs are arising from the pandemic, then it can shuffle around its three-quarters-of-a-trillion dollar budget to meet them. Recall that, earlier in 2019, the Trump administration raided $3.6 billion of the Pentagon budget to construct portions of his campaign-pledged racist border wall. Last year, the Pentagon had to report more than $27 billion in unspent funds. The military could not spend quickly enough, literally, to keep up with its annual trove.

Further, a close look at the “defense” budget reveals billions of dollars in excess and waste, a far cry from true security spending that Americans are told is so desperately needed.  Whether it’s abandoning the maintenance of overseas bases that serve no purpose beyond sustaining a perpetual U.S. global presence, ceasing development of the unnecessary Space Force, eliminating malfunctioning or redundant weapons systems, culling the nuclear arsenal, or adjusting suped-up contractor salaries, at least $200 billion per year could easily be reallocated away from the Pentagon in order to provide better care and protection to Americans.

Imagine what the world might look like if America had changed course years ago. In the past nineteen years of post–9/11 warfighting alone, the United States has spent $6.4 trillion on war-related spending and killed more than 770,000 people, including 7,000 U.S. service members and more than 312,000 civilians. This massive loss has not resulted in any measurable increase in security.

By contrast, according to researchers at the National Priorities Project, it would take $4.5 trillion over the span of ten years to transition to a clean energy grid. Similarly, reallocating wasted money away from the Pentagon could contribute to canceling debilitating student debt, ending homelessness in the United States, or bolstering the country’s health-care system to be better equipped to address public health threats. Skeptics, allies, and citizens alike are right to question why the world’s supposed “best” country systematically chooses to channel its extreme wealth into the military-industrial complex while its students test thirty-eighth on global standardized mathematics assessments, its health care system falls thirty-seventh in efficiency, and it leads the G7 in income inequality. The United States can reallocate and improve.

The coronavirus crisis must be an inflection point for this generation. Instead of corporate profits and militarism, America needs human security. Instead of the firebrand bluster that has characterized this administration, America needs proactive solutions. Instead of fighter jet flyovers, America needs health care. A virus does not respond to intimidation and it cannot be shot into submission. The way out of the coronavirus, the existential threat of climate change, and nearly every other threat predicted to appear over the next fifty years, is properly funded global cooperation and domestic human needs investments.

Until America’s leaders can fundamentally reimagine the current system, they will continue to replicate these errors and put people in serious danger on an infinite loop.

It’s a $740 billion question: Why is America so vulnerable, even as its government insists that it will spare no expense to protect it? It’s clear that “security” funding has not been going into systems and investments that make day-to-day life more possible, safe, and secure for everyday people. The truth is that military spending was never about actually keeping Americans safe. It’s time to dramatically curb it.