The Return of Geoeconomics 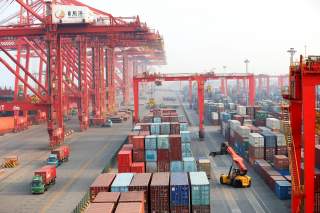 FOR DECADES, the study of international security has been divorced from the study of international trade and investment, along with domestic economic development. In political science departments on university campuses, self-described realists debate defense and diplomacy with idealists of various kinds. In the economics department next door, there is no debate; the academic economists almost unanimously agree that free trade and investment benefit all sides. They instead postulate an ideal world where national borders would be insignificant and there would be free flows of goods, services, money and labor.

Even before Donald Trump became the first president in living memory to explicitly promote U.S. economic nationalism, the wall that divided the national-security realists and the free-market economists was crumbling—mainly because of the rise of China, which has benefited from a version of statist economics while challenging U.S. military hegemony in Asia. Slowly but inevitably, debates about national security and the global economy are merging into a single dispute about relative national power. This marks a revival of what Edward Luttwak has called “geo-economics.”

THE CENTRAL concept in realism is “the security dilemma.” In an anarchic world without a world government, each state is responsible for its own defense. The problem is that militaries can be used for offense as well as defense. If one country arms itself, another country can never be certain that those arms will not be used for aggression. So the second country arms itself as well, alarming the first. In this way, mutual suspicions lead to spiraling arms races.

The security dilemma applies to economics as well. In the industrial era, the basis of military power is manufacturing. This still holds true, notwithstanding the current hype surrounding the so-called “knowledge economy.” A country cannot defeat its enemies with cat video apps (though it might divert them).

Many of the same factories that produce capital goods or civilian consumer goods can be converted to produce weapons. It is thus not enough for rival powers to monitor each other’s standing armies, navies, fleets and stocks of weaponry; they must also monitor the overall industrial capacity of their actual or potential rivals. Industrial capacity, in turn, has to be defined broadly to include the entire economy of the rival state—not only its factories, but also its infrastructure, energy and telecommunications systems, resources, workforce and financial system. In the mass mobilization wars of the industrial age, like the two world wars, whole economies have gone to war with each other. Even in the less-intense Cold War economies were partly mobilized.

There can be no simple dividing line between civilian and military production. The space race between the United States and the Soviet Union—prompted by the latter’s launching of the Sputnik satellite—always had military implications.

Any country which hopes to be an independent great power must be able to obtain and maintain its own state-of-the-art manufacturing sector, if only for fear of falling behind in the economic arms race inspired by the security dilemma. As Alexander Hamilton, the first U.S. Treasury Secretary, wrote in his Report on Manufactures, the United States must be “independent on foreign nations for military and other essential supplies.” Overall, Hamilton, who viewed with scorn the Jeffersonian vision of America as an agrarian paradise, sought to protect America’s nascent industry from the depredations of the more developed European nation-states.

Second only to the concept of the security dilemma in the philosophy of economic nationalism is the idea of increasing returns to scale. In the jejune version of Econ 101, which is all that most policymakers and pundits know of economics, all markets are naturally competitive and divided among many small producers. There are constant or diminishing returns to scale—that is to say, a bigger producer is not necessarily more efficient than a small one.

This assumption was valid in the pre-industrial era, when a single blacksmithing firm employing a thousand blacksmiths working side by side under one roof could not turn out horseshoes any better or more rapidly than a thousand self-employed blacksmiths. But modern mechanized manufacturing industries are characterized by increasing returns to scale. An automobile factory with assembly lines can churn out automobiles more efficiently and cheaply than a team of artisans assembling one automobile at a time by from scratch.

In increasing-returns industries, including the manufacturing industries that are the basis of modern military power, Econ 101 does not apply. Markets are imperfect. Efficiency is produced by scale, not competition. Because bigger firms and establishments are more efficient, unchecked competition tends to drive out small firms, leading to oligopoly and perhaps to monopoly. We are accustomed to thinking of monopolies emerging as the result of cheating and unfair practices. But in the imperfect markets of increasing-returns industries, an efficient rule-abiding firm can wipe out its rivals and achieve monopoly status simply because it is slightly superior to its competitors—all without breaking any rules. (The same is true in industries with network effects like communications, but those are less relevant to our topic.)

What is true of firms is also true of the nations in which the firms are based. In theory, a single country or trade bloc can monopolize all of the manufacturing in a particular industry. China could make all of the world’s iPhones, Europe’s Airbus could make all jetliners, Japan could make all automobiles and South Korea could make all ships. Once achieved, these national or bloc monopolies in particular industrial sectors characterized by increasing returns could be long-lasting. Their very success ensures high barriers to entry, protecting incumbents from would-be competitors. Indonesia would have a hard time breaking into a global jetliner market monopolized by Airbus.

Conventional academic economists might see nothing wrong with such a world. Traditional trade theory is based on the idea that countries should specialize along the lines of absolute advantage (Adam Smith) or comparative advantage (David Ricardo).

BUT GUIDED by the logic of the military-economic security dilemma, prudent national strategists will ignore the academic free traders and their libertarian allies. From the point of view of national security, industrial interdependence is not a courageous step toward the utopian ideal of a borderless global market and a golden age of perpetual peace. Far from that, it is a dangerous risk that must be minimized. In particular, national strategists must ensure that the supply chains in the country’s defense industrial base are not located in the territory of potential military rivals or in coercible third countries. They must protect the militarily-relevant industries they have and, if necessary, obtain new ones. This is the essence of the approach that the economist Robert D. Atkinson and I have described as “national developmentalism.”

As we have seen, the very scale and success of existing manufacturing sectors pose barriers to entry into a sector on the part of not only new firms, but also of entire nations. This being the case, late-developed countries which seek to acquire industries that are already flourishing elsewhere can do so only by means of market-defying policies.

In the early industrial era, Britain had a near-monopoly over global manufacturing. Acting to promote British interests, economists like Smith and Ricardo tried to persuade other countries not to compete with British manufacturing, but to specialize in supplying raw materials to British factories and cheap food to British factory workers. For example, in The Wealth of Nations (1776), Adam Smith wrote:

Were the Americans, either by combination or any other sort of violence, to stop the importation of European manufactures, and, by thus giving a monopoly to such of their own countrymen as could manufacture the like good, divert any considerable part of their capital into this employment, they would retard instead of accelerating the further increase in the value of their annual produce, and would obstruct instead of promoting the progress of their country towards real wealth and greatness.

If American leaders had followed the advice of Adam Smith, the United States in the twenty-first century would still be an agrarian country, shipping cotton, corn and wheat abroad while importing all factory-made goods on unfavorable terms from industrial nations in Europe and Asia.

Hamilton rejected Smith’s advice, noting that the American states “cannot exchange with Europe on equal terms; and the want of reciprocity would render them the victim of a system which should induce them to confine their views to Agriculture and refrain from Manufactures.” As the nineteenth-century German-American economist Friedrich List later pointed out, free trade between an advanced and a backward country would lock in the advantages of the former: “The result of a general free trade would not be a universal republic [of commerce] but, on the contrary, a universal subjection of the less advanced nations to the predominant manufacturing, commercial, and naval power….” Recognizing free trade ideology as the self-serving British propaganda that it was, the nineteenth-century United States and Imperial Germany both protected their own infant industries from British competition. By the 1900s, both had surpassed Britain as industrial powers.

The truth is that every country that has successfully caught up with earlier industrialized nations has protected its infant industries by one method or another. Consider Asia. Following World War II, as part of their programs to catch up with the West in industrial capacity, Japan and the “Little Tigers”—South Korea and Taiwan—used nontariff means such as regulations, currency manipulation and other tactics to protect their domestic firms from imports while subsidizing their own exports. More recently, China has followed in these footsteps by “cheating” in order to build up its manufacturing. Beijing has promoted a variety of policies—including luring Western firms with cheap labor, protecting its internal markets, stealing foreign intellectual property and subsidizing its exports by means of currency manipulation—to bolster its economic prowess. Only now has Washington begun to respond to this systematic exploitation of American industry.