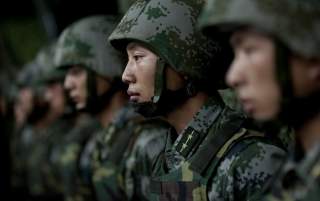 East Asia’s strategic assessments and debates currently focus on five key issues: the pace, character, and direction of China’s military modernization; the struggle for dominance by the region’s two major powers (China and Japan); the future of the Korean Peninsula; intra-regional competition in territorial disputes in the East China Sea and South China Sea; and perhaps most importantly, the contours of long-term regional strategic competition and rivalry between China and the United States. In every major security issue facing East Asia, however, there is a major Chinese footprint, both direct and indirect.

While specific operational aspects and capabilities are shrouded in secrecy, publically available writings by the PLA’s semi-authoritative military sources such as the Academy of Military Sciences indicate a simultaneous application of mutually-reinforcing and multiple force elements. These include (1) the PLA’s Electronic Warfare and Counter-Space Forces using electronic jamming, electronic deception and suppression to disrupt information acquisition and information transfer; (2) the PLA’s Computer Network Attack and Exploitation Units to disrupt, destroy, or subvert an adversary’s data and networks using advanced virus attacks, hacking, deception, and sabotage information processing.

In such campaigns, the PLA’s INEW concept of operations would be widely employed in the earliest phases of a conflict, and possibly preemptively with the objective to deny the enemy access to information essential for continued combat operations. In particular, achieving information dominance (zhi xinxi quan) is a key prerequisite for allowing the PLA to seize air and naval superiority, according to two of the PLA’s most authoritative public statements on its doctrine for military operations: “The Science of Military Strategy” and “The Science of Campaigns.” Both documents identify an enemy’s C4ISR and logistics systems networks as the highest priority for select INEW operations.

At the same time, the PLA recognizes the importance of controlling space-based information assets as a means of achieving true information dominance, calling it the “new strategic high ground.” In this context, the PLA is seeking to develop the capability to use space for military operations, while denying this same capability to an adversary. Specifically, PLA authors acknowledge that space dominance is essential for operating joint campaigns and for maintaining the initiative on the battlefield. Conversely, they view the denial of an adversary’s space systems as an essential component of information warfare and a prerequisite for victory. To this end, the PLA maintains a strong research and development focus on counter-space weapons, both kinetic and cyber.

The scale, focus, and complexity of Chinese cyber espionage over the past decade strongly suggest that these operations are state-sponsored or supported with access to financial, personnel, and analytic resources that far exceed what organized cybercriminal operations or multiple hacker groups operating independently could likely access consistently.

What does this all mean for future strategic stability and defense planning for states in East Asia? On the one hand, it is clear that China’s information and cyber capabilities are continuously evolving in parallel with the PLA’s ongoing military modernization. With the increasing sophistication and integration of cyber concepts, technologies, and capabilities into the PLA doctrine, organizational force structure, training, and overall use of force, future cyber-kinetic interactions will increase in strategic significance. The essential problems, however, remain in the difficulties in identifying the direction and character of cyber threats, which increasingly blur both civil and military domains.

Accordingly, the development and diffusion of cyber capabilities, both offensive and defensive, will yield new types of hybrid conflicts that may lead to new balances of power between nation-states, and alter the contours of East Asia’s future strategic environment.

Michael Raska is a Research Fellow at the Institute of Defence and Strategic Studies, a constituent unit of the S. Rajaratnam School of International Studies (RSIS), Nanyang Technological University. This article was originally published as an RSIS commentary, here.