A Revival of Sanctions: How to Get Iran to Compromise on a Nuclear Deal 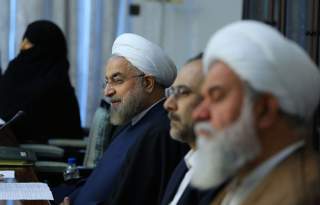 When the Obama administration signed the nuclear interim agreement with Iran last November, it insisted that the scope of sanctions relief was limited, its impact modest and the duration of the interim deal so short that whatever benefits Iran may reap were fully reversible.

The administration remains adamant that its predictions were accurate, but in fact, Iran’s current economic data show something altogether different and more troubling. Iran’s economy, on the eve of the interim agreement, was on the verge of collapse. Today, weeks away from the deadline for a final deal, it is on course for recovery. Limited sanctions relief prematurely squandered much of the leverage the Obama administration and its European partners had with Iran. Ten months of sanctions relief failed to deliver a deal and only delivered Iran from economic collapse. Western leverage, already diminished before major Iranian concessions are obtained, will continue to shrink over time, if further extensions are required to reach what has so far proved to be an elusive deal.

According to the Central Bank of Iran, during the first quarter of Iran’s calendar year (Spring 2014), Iran experienced a 4.6 percent growth rate, as compared to the previous year. Even more impressively, this growth touched all sectors of Iran’s economy.

According to Iran’s Ministry of Industries and Business, Iran has manufactured 71 percent more cars in the first four months of Iran’s current calendar year (April to July 2014) compared to the same period last year, a direct result of sanctions suspension against Iran’s automotive sector. According to Masoud Soltanifar, the Chairman of Iran’s Tourism Organization, Iran has enjoyed a 200 percent increase in the number of foreign tourists compared to 2013.

Iran owes much of its recent growth to its oil industry and its expanding revenues—a result of sanctions relief. According to deputy minister of oil, Mansour Moazzami, Iran’s oil exports far exceeded annual budget expectations—8 percent more than forecasted. Oil-sector growth in the spring 2013 quarter was -21.9 percent. In the spring 2014 quarter, oil-sector growth came back to a positive 6.1 percent, after experiencing modest 3.6 percent growth during the winter 2014 quarter. With revenues up, the entire economy experienced a windfall—the industry and mining sectors were up by 8.1 percent in the same quarter, thanks to the fresh injection of capital into the economy and the lifting of sanctions against the automotive sector and petrochemical products. Overall, Iran’s non-oil exports grew by 20 percent in the first six months of Iran’s current calendar year. Growth is not the only success story—Iran’s inflation shrunk from 40 to 21 percent, and according to Iran’s Economy Minister, Ali Tayebnia, it will further shrink to 15 percent by 2015.

Iranian president Hassan Rouhani was understandably proud of these achievements when, at a recent talk in New York, he announced that Iran had emerged from recession. Some of these results are due to the superior level of management talent he brought into the government upon his election. But Rouhani’s success would not be possible without sanctions relief.

Without an agreement, sanctions relief is temporary and could be reversed. Fresh sanctions can be introduced. But these options exist only if negotiations collapse. For the time being, the economic recovery that sanctions relief delivered to Iran has diminished the sense of impending doom, which, according to Western officials, prompted Rouhani to negotiate a quick deal last year. As a result, Iran feels it just needs to negotiate, not compromise. As Iran’s deputy foreign minister and senior nuclear negotiator Abbas Araghchi, said recently, “no deal” would not be a disaster for Iran. As President Rouhani’s advisor and former intelligence minister Ali Younesi recently opined in an interview to FARS News, “The United States seem to be more interested than the other five world powers in reaching an agreement.” American overeagerness to reach a deal has yielded the opposite result of what negotiators wanted—and without consequences to Iranian violations, such as oil sales well above the agreed quotas, the message to Iran is that pressure for concessions will wither, not grow.

The message across the business world is also clear—Iran is open for business, and it is increasingly looking like a good investment. Deal or no deal, Iran’s economy has been brought back from the brink of collapse—with no irreversible concession by Tehran on its nuclear activities.

Unless a deal emerges now, the Obama administration must resist the temptation to offer further sanctions relief. It must revive its sanctions policy with renewed vigor and resolve that existing sanctions will be robustly enforced in order not to further erode the West’s already precarious stance in any future round of nuclear negotiations. With Iran in the grip of deadly stagflation in 2013, it was a mistake for the West to let go before Iran capitulated. If the president is serious about preventing a nuclear Iran, he should not make the same mistake again.

Emanuele Ottolenghi is a Senior Fellow at the Foundation for Defense of Democracies where Saeed Ghasseminejad, a Ph.D. candidate in Finance at City University of New York, is an Associate Fellow.