Rex Tillerson Was a Horrible Secretary of State. Mike Pompeo Could Be Worse. 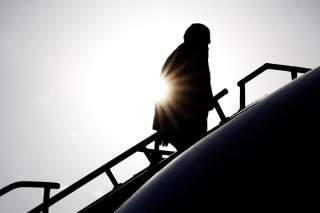 Rex Tillerson will likely go down as the worst secretary of state in modern history.

To be fair, Tillerson was in a tough spot. He was serving under a president with a cartoonish view of foreign policy and stated belief that he is “the only one that matters” in U.S. diplomacy

But while Tillerson was dealt a bad hand, he could have played it far better. A secretary of state has three primary constituencies whose relationship is paramount to success. One is the career staff at the state department. This includes the foreign-service officer corps, the civil servants, and the cadre of political appointees that, in normal times, connect leadership with the rest of the department. The second key relationship is with his counterparts around the globe, the foreign ministers of allies and adversaries alike with whom his ability to have meaningful and substantive conversations is the backbone of high-level diplomacy. Finally, the third core constituency, and perhaps the most important for keeping the job, is the secretary’s relationship with the president under which he serves.

These three legs hold up the barstool of the secretary. You need all three for success. Knock one down and it’s a tough balancing act. Unfortunately, once it was clear that he could neither speak for his president nor stand up for his rank and file, Rex Tillerson had no legs to stand on.

We are still learning the precise details as to how and when the president decided to fire his secretary of state over Twitter. But this much is already clear: for the Trump administration, no matter how small the issue, candor and graciousness remain woefully out of reach. That adds up, and it damages not just the administration’s credibility but the country’s.

Looking beyond the drama of his firing, Tillerson’s tenure and departure provide helpful insights as to what lies ahead.

First, Tillerson’s departure highlights an important and troubling trend in Trump foreign policy: the hyper-personalization of diplomacy and decisionmaking. It has become clear that Trump views himself (and to a lesser extent his son-in-law Jared Kushner, who no longer holds a full security clearance) as America’s diplomats-in-chief. That’s concerning for any president. The world is simply too big and American leadership too sprawling for a president not to be able to delegate widely. When it comes to proposed nuclear talks, the issues are mind-numbingly complex—and yet Trump seems to view expertise and deliberation as mere constraints. Absent almost entirely from the scene are the senior-level diplomats, regional specialists and seasoned arms-control experts that any other president would lean on.

Second, we can finally put to rest the idea that all government needs is a businessman to come and clean up Washington. Rex Tillerson was by all accounts an exceptionally able and successful businessman. Yet, he has desperately mismanaged the State Department. This began even before he was sworn in, when he failed to show up at the State Department, as his predecessors had, to use diplomats to prepare for confirmation. Since then, he has hollowed out the Department from the acting officials shabbily left in senior leadership limbo to the precipitous drop in applications to join the foreign service and everywhere in between. At times, he seemed to treat the department more like a hostile corporate takeover—strip the assets down, sell off the parts—than like the stewardship of an irreplaceable public institution. It turns out that businessmen and women have no secret recipe to save the country’s bureaucracies, just as even decorated generals in civilian roles like Michael Flynn and John Kelly, in their own different ways, turn out to be entirely fallible, three-dimensional people like anyone else. Next time let’s remind ourselves: neither the business community nor the military has a monopoly on wisdom or competence. And neither set of experiences trumps respect for diplomats, their missions, and how they work.

Finally, as damaging as Tillerson’s mismanagement has been, what comes next may give us reason to miss his opposition to Trump’s most reckless policies. In Trump’s telling, it seems Secretary Tillerson was fired precisely because of his less radical stances. He reportedly recognized that shredding the Iran deal and the Paris climate accords made America less safe and more isolated. He called for restraint and reconciliation when Saudi Arabia and others blockaded Qatar, while the White House poured gasoline on the fire. One wishes his voice had carried further.

The worrying implication is that Trump is tired of being told, “no,” and sufficiently confident in the job to unleash a “let Trump be Trump” foreign policy of tariffs, teardowns of international institutions and American commitments, smackdowns of allies, and pandering to Putin. Pompeo may seek to reprise the role of foreign-policy “adult,” but more likely will enable the president’s worst instincts to avoid his own firing-by-Twitter if he loses favor. Plus, Pompeo, a former Tea Party congressman, is more closely aligned with Trump than Tillerson was. Pompeo has been consistently hawkish on Iran. And while he has forthrightly acknowledged Russian interference, at times he has shown a troubling willingness to tell the American people what the president wants to hear instead of reality consistent with his trusted national-security position.

This transition occurs at a time when the United States and the world are in dire need of a steadying diplomatic hand. The president may conduct a historic sit down with Kim Jong-un. The Iran nuclear deal is hanging on by a thread, and Tillerson was negotiating to save it. Russia appears “highly likely” to have poisoned a former spy on the soil of our NATO ally, the United Kingdom. The United States and another NATO ally, Turkey, are engaged in a military standoff as Syria burns (here, too, Tillerson was conducting talks).

The hope is that Pompeo can re-energize the State Department. The fear is that he will do so by indulging the president’s (and his own) hawkish impulses. For as long as he remains in office, President Trump will represent a force for volatility in world affairs. The country is in need of a secretary of state who can minimize the damage emanating from the Oval Office, maintaining a steadying American presence in the parts of the world not destabilized by the president’s attention.

This is a tough job, one that Rex Tillerson was not suited for; and so he is leaving as the worst secretary of state in memory. Let’s hope he’s not surpassed anytime soon.