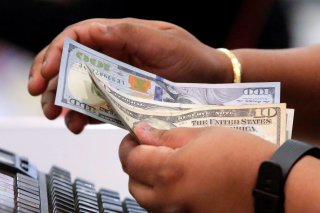 For a while, there was nothing quite like “Jobs Friday.” The first Friday of every month the Bureau of Labor Statistics would release the monthly employment numbers, and economists swooned. Understandably, many economists looked forward to, almost celebrated, this day. Economists mattered. It was a day where economists were necessary to parse through data and determine how the Fed would react. But this golden age is now past. Jobs Friday is no more.

That is what makes the new Jobs Friday so interesting: it doesn’t really exist anymore.

It was always an odd relationship. With the Federal Reserve becoming an ever more important part of the financial markets, the mandate of full employment amplified that relationship. At one point, the Fed tied its quantitative easing policy to the unemployment rate, which is an economist’s dream.

Dictating this demotion of Jobs Friday is the state of the economic recovery. Simply, the number of jobs created in a given month does not matter as much as it did earlier. Other data matter more, and this is a good problem to have.

The most pressing question is: why is Jobs Friday no longer the intriguing and important day it once was? Because the unemployment rate is 4.1 percent, and the Fed, rightly, sees this as mission accomplished for its “full employment” mandate. There is little reason to dig through the minutiae when it does not have a significant bearing on policy.

The 4.1 percent means little on its own, but it signals less of a need for the Fed to focus on the labor market. As outgoing Fed Chair Janet Yellen stated in a 2015 speech, the economy only needs to generate one hundred thousand to 150,000 new jobs per month to absorb new entrants to the workforce, and that is a low bar.

Further, an unemployment rate in the low 4 percent or high 3 percent rate should begin to spur wage pressures. For the Fed, this has been the principle issue for it in its execution of monetary policy. While the Fed can claim victory over its employment mandate, inflation pressures have remained stubbornly below their 2 percent target.

This is where the “Phillips curve” comes into play. The economic theory postulates that there is an inverse relationship between unemployment and inflation. This trade-off is somewhat central to thinking in monetary policy circles. But during the current recovery there has been a sharp drop in unemployment without the requisite inflation.

Some argue that the Phillips curve is simply flatter than in the past—meaning that it takes a lower unemployment rate to spur inflation. Others argue that the model is broken and should be discarded as a tool for conducting and predicting monetary policy.

It is probably a bit of both. The Phillips curve has likely flattened due to globalization and does not provide a useful or reliable rule of thumb regarding the relationship between inflation and the unemployment rate.

But Fed members seem to believe that the Phillips curve remains an indicator of future inflation pressure. From their vantage point, at or near the current levels of unemployment, wages—and eventually inflation—should begin to accelerate.

A lack of wage pressure has been one of the great conundrums of the current recovery. Despite unemployment being around twenty-first century lows, average hourly earnings growth has remained lackluster, growing at only 2.4 percent from a year ago. Alternative wage growth numbers, such as the Atlanta Fed’s Wage Tracker, show wage growth at a quicker pace for differing segments of the labor market.

Wage growth is critical to the Fed’s argument for raising rates further. It provides credence to their argument that the pressures weighing on inflation are only transitory. Since the Fed is raising rates without inflation pressures, the argument is that it needs to be preemptive. At some point, inflation will need to materialize to justify the hikes—and wages will be a first sign.

Luckily, Jobs Friday is coming to the rescue. While the employment figures will not largely matter, the wage data does, and it will continue to provide insight into the Fed’s path.

So, now it is “Wages Friday” which simply does not have the same cache as “Jobs Friday.” There is a lot more to talk about and parse when job creation is the important data point. But at this point in the recovery, it is all about wages, and that makes for a less exciting—even boring—Friday.