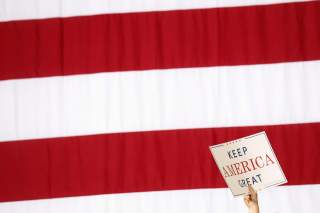 Lessons from the Past in a Technological Era

If it is true that history is never the same, then it can provide important lessons to us. No one can have any doubt the world is in a profound crisis. The advent of internet and social media, as well as globalism, are just a few of the most important and influential reasons and they have combined to create many challenges connected to cyber security, social networks, migrations, trade wars. These are common elements of a global crisis, but the West is suffering from something else: a protracted sense of confusion—especially regarding history—that is undermining its democracy and most precious gifts: respect for human rights and the rule of law, and the desire to promote peace and prosperity. These benefits are extremely fragile and require constant nurturing for them to be maintained in health. Those who do not believe in a united Europe demonstrate that they have not grasped the essential lessons from the past. The majority of the new populist and sovereignist—or nativist—groups are among them.

From Donald Trump to the British Brexit, from the governments in Poland and Hungary to the electoral successes of SY.RIZ.A, Podemos, the Italian Movimento 5 Stelle (5 Stars Movement), the national-populist coalition of Kurz in Austria and in Germany the Alternative für Deutschland, the rise of populism in the West seems unstoppable. As a result, the liberal world that many people have known for the last seventy years is in crisis.

This could send society back to the last century, which is when European liberal governments fell under the weight of totalitarian regimes. However, the differences between now and then are greater than the common points. Recent sovereignism has very little in common with a nation developed at the beginning of the twentieth century, just as the xenophobia that crosses the whole of Europe is no longer based on the theme of race superiority—as it was for Fascism and for Nazism—but rather it concerns the defense of borders to protect national identities.

The Crisis of the Traditional Political Class

Today, the crisis represents something profound and radical: the defeat of the traditional political class. Additionally, the information revolution of the last several decades, the relationship between the state and the masses in Europe, is no longer mediated by classic professionals of politics. The masses—and this is a key point that Europe shares with the United States—having lost faith the institutions of government, felt abandoned and took power to govern themselves: the results are in front of everyone's eyes.

The traditional European élites have failed primarily on an ideological-cultural level. When the national state gave in to the internationalist wave, they succumbed to the fascination of globalization, but were unable to manage the effects of globalism to and for the benefit of the people. The political elites promoted aggressive liberalism within the economies, individualism at the social level, and dropped the concept of sovereignty by reducing national borders. This was the theory, but in practice, what was the outcome?

Those points in fact have not been managed, leading to an evident failure that has generated the delegitimization of that same political class in the eyes of the public. The development of internet and social media has given enormous power and unprecedented connectivity to the masses and has facilitated the weakening of the ruling class that in the past has always been placed between the population and the nation. In many cases, communication technicians have replaced party cadres.

But given the fact that when it rains, it pours . . . to the crisis of confidence in governance in Europe, has been added the epochal phenomenon of the explosion of the Middle East and the spread of Islamic fundamentalism that has crossed not only the Middle East, but also Africa reaching Europe itself. Ideas are contagious: it is history that teaches us. The dynamics of the so-called Arab Spring are by no means a novelty and are in some ways comparable to the movements that, in 1848, starting from Paris, swept the whole of Europe far and wide, completely upending the political environment of the continent.

These two phenomena have meant an abnormal wave of migration that has swept across Europe and its self-protection systems.

On a closer inspection, the much-acclaimed globalization did not bring what it promised:

– Widespread welfare for the middle classes: it should be remembered that the technological revolution has meant the disruption of many sectors, some of them severely, first of all the small business that has been upset by e-commerce;

– A peaceful world: Liberal organizations such as the European Union are wavering under nativist politics sweeping the continent and their defeat would mean the end of a shared dream based on the convergence of different cultures.

The old European élites have not been able to give a practical answer to all this. As a result they were largely displaced by individuals ill-prepared, inadequate, and politically unready for the extraordinarily difficult mission of governing and who now stutter disastrous nationalist recipes and who proclaim themselves champions of populism.

Italy in this sense, unfortunately, is a striking example.

The philosophy proposed by the 5 Stars Movement was based on the idea that the political power belongs to the people, a theory that seems consistent with democracy, but in fact, as wielded by the 5 Stars Movement actually denies power for and to the people. Everyone, without exception, must be able to use political power: something very far from the concept of democracy. The art of government is among the most difficult. Inexperienced, populist politicians are simply improvising without a strategic vision beyond their populist rhetoric. Thus government is not serving the interests of the masses who were mobilized to vote for them.

The proof of all this has become obvious to the public. In Italy we have a very young Labor Minister who has never worked and, who has not even graduated from university; an Undersecretary of State to the Presidency of the Council of Ministers responsible for Sport who was a fitness instructor and employed in a mega-store of sporting goods, also with no University degree. It is common opinion that a good part of our new politicians are not up to the challenge they face.

If we look at the Italian experience, the picture is really sad: the economy is in contraction, the industrial sector remains weak, business confidence is declining and growth is “expected to be anemic.” The political turbulence, within the country and towards other European countries, does not help at all. But the government, instead of being focused on the economic reforms badly needed, screams against the “European enemy.”

The first EU elections after Brexit, will be in May 2019 and they will be significant for the future of the European Union more than ever. The political conflict has shifted from the traditional right-left axis to a new confrontation between nationalists and supporters of globalization. The social democratic parties, pillars of European political systems, are in crisis, while voters move to populist and nationalist parties. It is very likely that the populist parties will gain seats, although the political campaign has to start yet.

Populism feeds on fears and, in order to continue living, needs enemies and boundaries, within which the ‘people’ protect themselves. But this is not—as history has taught us—a good recipe. So how does one stem the damage?

The goal of governments and moderate parties must therefore be to restore efficient systems of representative democracy taking into account the enormous change created by the information revolution. Traditional parties must first reform themselves in order to regain the trust of the masses, but they will not be able to do that if they can’t compete with populist ideas that applaud well, but can’t deliver. And above all, they must mend the rift with society that has allowed populism to become a populocracy.