The Road to a War Within NATO 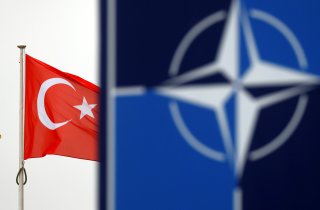 Given everything that’s happened this year, and now that we’ve filled the “double hurricane” box, perhaps it wouldn’t be that surprising to see “armed conflict within NATO” as the winning square on our 2020 bingo card. This is precisely what could happen without overdue U.S. leadership in the increasingly volatile and strategically important Eastern Mediterranean.

Washington largely overlooked the area for decades after the end of the Cold War, both because it could afford to and because it had more pressing problems elsewhere. But two initially separate trends are coming together to drastically reshape the region with new opportunities and challenges for the United States.

The first is Turkey’s transformation under President Recep Erdoğan. What used to be a secular and democratic Western partner guarding NATO’s southeastern flank is now much more Islamist, nationalist and autocratic. A key feature of this new Turkey is its interventionism around the Eastern Mediterranean, featuring a very Turkish version of gunboat diplomacy.

The second is the discovery of sizable undersea energy reserves by Cyprus, Egypt, Israel and potentially other regional actors in the future. Combined these constitute some of the largest offshore natural gas finds anywhere in the world over the past decade.

These two trends first came to a head late last year when Turkey intervened militarily in Libya’s civil war. In exchange for saving it from defeat, Ankara secured from the Muslim Brotherhood-affiliated Tripoli government a maritime boundary agreement purporting to recognize vast Turkish offshore territorial claims in the Eastern Mediterranean.

Not accidentally, this agreement directly threatens everyone else in the neighborhood. Unlike its neighbors, which agree on applying the Law of the Sea, Ankara uniquely contends that islands cannot be part of an exclusive economic zone (EEZ). Thus its agreement with Tripoli extends nearly to the shorelines of Cyprus and Greek islands like Crete and Rhodes, threatening efforts by those countries to explore for additional energy and—along with Israel—deliver it via pipeline to Europe.

Now tensions are heating up. To demonstrate its expansive new EEZ claim, Turkey sent energy exploration ships with naval escorts into Cypriot and, just last month, Greek waters. Along with Ankara’s growing military and economic footprint in Libya, these provocations have almost triggered shootouts with naval vessels of Turkey’s NATO allies France and Greece. In recent days and weeks Turkey, Russia, France, the UAE, Greece and Cyprus have each bolstered the presence of their military in the region.

Brussels and Berlin have tried to defuse these tensions while expressing support for Greece and Cyprus, but further Turkish escalation appears likely. Even when speaking with one voice, the European Union lacks credibly strong disincentives to deter Ankara, especially now as economic deterioration inside Turkey—made worse by the coronavirus—increases Erdogan’s temptation to stoke nationalism and seek diversions abroad.

Thus far, the United States has largely allowed the situation to deteriorate by standing aside. As the Jewish Institute for National Security of America (JINSA) has laid out in several recent reports, Washington must reassert its former stabilizing role in the region to address these proliferating crises and protect U.S. interests.

A crucial step will be to appoint a U.S. Special Envoy for the Eastern Mediterranean.

He or she should work with the Eastern Mediterranean Gas Forum—Cyprus, Egypt, Greece, Israel, Italy, Jordan and the Palestinian Authority—to create a clear counterweight to Turkey’s growing obstruction of regional energy development.

American diplomatic leadership also could help de-escalate tensions between Ankara and Athens, both of whom remain open to talks. And last month’s EEZ agreement between Greece and Egypt, reached in accord with international law, did not foreclose future negotiations between Turkey and Egypt.

A special envoy also must end a decade of “leading from behind” on Libya, where Turkey and Russia appear to be establishing permanent beachheads and coordinating to shape the country’s future, despite being on opposing sides of the conflict. Among other priorities, U.S. officials should focus on limiting Ankara’s influence over the Tripoli government. These limitations should include leveraging options to redeploy U.S. military assets out of Turkey, and perhaps consider basing them in Greece.

As a complement to stronger diplomacy, the United States also must bolster its military presence in the Eastern Mediterranean. Deeper defense ties with Athens would help counter both Turkey and Russia. This could be achieved through additional U.S. rotational deployments, increased foreign military financing for Greek purchases of U.S. weapons, and perhaps even permanent basing in Greece.

A recent decision by Washington to loosen the arms embargo on Cyprus should be viewed as a productive step toward eliminating Russia’s own presence on the strategically vital island in exchange for closer U.S. defense cooperation with Nicosia.

Amid nearly unprecedented tensions within the transatlantic alliance, these initial measures would go a long way toward promoting U.S. interests in stability and peaceful energy development.