The Roots of Islamophobia 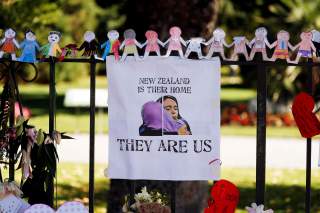 The recent act of white supremacist terrorism in Christchurch, New Zealand, that left fifty Muslim worshippers dead and an equal number wounded has once again dramatically brought to the fore the issue of Islamophobia around the world and its evident links to white supremacist ideology. It should, therefore, not be dismissed as the act of one deranged person acting alone but as a manifestation of deep-seated hatred against Muslims among some segments of Western societies.

The most perceptible reason for the rise of hostility against Muslims settled in the West is, of course, acts of terrorism carried out by extremist Muslim groups against innocent civilians in Europe and the United States, most dramatically symbolized by the attacks on 9/11 that brought down the twin towers in New York. Other similar acts in London, Madrid, Orlando and elsewhere have augmented the feeling in Western societies that this is indeed a fight to the finish that pits the “civilized” West (formerly known as Christendom) against the “barbaric” world of Islam.

However, this dichotomy only scratches the surface of the problem. Despite the rhetoric of Islamist extremists, the fight is not so much between Islam and the West as between two exclusivist ideologies. On one side are white supremacy and Islamist radicalism, and on the other is the ideal of inclusivism, multiculturalism, and a civic definition of citizenship—the most abiding legacies of the Enlightenment.

There are several factors that help explain this so-called clash that need deeper analysis. The first is the historical depiction of the Muslim world as the definitive “other” in the Orientalist literature produced from the eighteenth to the twentieth centuries by European authors, both in popular writings and in the guise of serious scholarship. These authors relied heavily upon the images of the Crusades refurbished by the descriptions of decadent Muslim rulers—especially the Ottoman sultans, who were symbolized best by the concept of the imperial “harem.” As a result, popular Western perception of Muslims has traditionally been highly negative in character.

Moreover, these perceptions were augmented by memories of the conquest of much of eastern and southeastern Europe by the Ottomans (the idiom “as fierce as a Turk” traces its origins to this fact). Additionally, there are the memories of the expansion of European imperial power in the past three hundred years that subjugated the vast majority of Muslim lands from Algeria to Indonesia. Muslims came to be seen in the West as racially and militarily inferior and at the same time as perpetually rebellious subjects who refused to recognize the benefits of “civilization” bestowed upon them by their colonial masters. Since many rebellions against colonial rule adopted the religious idiom of “jihad” to garner popular support they were perceived in the metropolitan countries as wars between Islam and the West.

It is this historical baggage that forms the background for the rise of the white supremacist ideology, the fountainhead of Islamophobia, which motivated the Christchurch terrorist to kill fifty innocent people. But, there are also additional reasons that are more relevant to the current situation that have heightened the feeling of Islamophobia in the West.

A major recent contributor to Islamophobia is the terror let loose both in Western countries and within the Muslim world by extremist jihadis spawned by an exclusivist Wahhabi ideology that preaches hostility toward non-Muslims as well as Muslims who refuse to accept its narrow and insular interpretation of Islam. It is a great irony that this offshoot of Wahhabism, call it Wahhabism from below, has also become the mortal enemy of Wahhabism from above symbolized by the Saudi regime and its allied religious establishment.

More important, this Wahhabi-inspired terrorism, which has found its most virulent manifestations in al-Qaeda and ISIS, has had an extremely damaging impact on Western perceptions of Islam and Muslims thus augmenting the Islamophobic arguments of the white supremacist groups. The fact that violent Islamist radicalism that gave birth to Al Qaeda was encouraged if not midwifed by the United States during the Afghan insurgency against the Soviet occupation in the 1980s is conveniently forgotten. It needs to be recognized that the emergence of Al Qaeda and ISIS was in substantial part a product of American policy first toward Afghanistan in the 1980s and then toward Iraq after the overthrow of Saddam Hussein that led to the decimation of the Iraqi state.

However, more than any other immediate reason, it is the sizable number of Muslim immigrants from various parts of the Muslim world that have moved to Western countries in search of safety or livelihood that has provided ammunition to white supremacist Islamophobes. For them, the “other” is now amongst “us.”

Muslim presence in the West is most visibly represented by the unique mosque architecture and the dress code adopted by some conservative Muslim women. The sleek minarets of the mosque are seen as the direct antithesis of church architecture modeled on the cross, the symbol first of Christendom and then of the “civilized” West. The conservative dress codes of some Muslim women, especially head-to-toe covering and the face-veil, act as a red rag to the white supremacist bull. The headscarf, which is more common than the full covering, and is also a mark not so much of conservatism but of pride in Muslim identity, and adds to the Islamophobes’ apprehension that Muslims are subverting Western cultural norms thus augmenting their anti-Muslim mindsets.

The problem is that Muslims in the West, as elsewhere in the world, cannot forsake their unique mosque architecture, which has become a signifier of their religious identity. Also, conservative Muslim women cannot be persuaded, at least not in the short term, to give up their dress codes in order to integrate into the larger society. Unlike acts of jihadist terrorism—which though very lethal occur infrequently—the presence of these two signifiers of Muslim identity are ubiquitous in Western countries where Muslims have made their home. They remind the white supremacists every day of the presence of the “other” in their midst.

This is a conundrum that defies solution in the short term. Most liberal and democratic societies eventually come to terms with the presence of religious and ethnic minorities in their midst. The integration of Catholics and Jews into American society that at one time was dominated by white, Anglo-Saxon Protestants proves this point. But, it took a long time to reach that stage. On their part, most Jewish Americans resolved this dilemma by adapting Judaism to the American context, without detracting from the essence of their religious tradition, in the form of Reform Judaism. It is time for Muslims living in the West to seriously look at the Jewish American experience and learn from it.

Muslims living in the West, one hopes, will eventually become integrated into the societies they live in and be accepted as “normal” citizens. However, the process is likely to be very difficult and bloody for the three main reasons mentioned earlier. First, the historical baggage that pits the idea of Europe and the West against a fabricated monolith called the Muslim world vitiates thinking about Muslims now residing in Europe, North America and Australasia. Second, the communications revolution makes the transmission of information across the world much faster and easier than in past centuries. The perpetrator of the New Zealand massacre openly admitted that he had been inspired by the ideas of American and European Islamophobes and white supremacist ideologues and decided to act upon them.

Finally, the brutal acts of terrorism perpetrated by radical jihadi groups, inspired by an offshoot of Wahhabi ideology, against Muslims and non-Muslims alike act as the icing on the cake by convincing those in the West already leaning toward Islamophobia that Muslims are a barbaric group that has no place in civilized Western societies.

While remarks such as those made by the prime minister of New Zealand in the wake of the Christchurch massacre may act as important healing touches in traumatic times, they will not be able to counter the underlying factors encouraging Islamophobia in the West. Only education that emphasizes anti-racism and acceptance of cultural and religious diversity will eventually be able to do so. But one should clearly recognize that this will be a time-consuming process and that the road to this goal may still be filled by acts of violence inspired by what amounts to a tribal ideology.