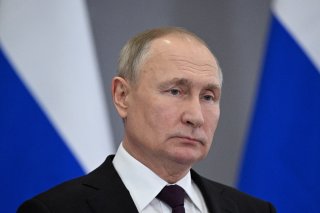 On August 14, 2021, Marc Fogel, a then sixty-year-old teacher at the Anglo-American School (AAS) in Moscow, was arrested at an airport in Moscow with fewer than 20 grams of cannabis that had been recommended to him by a doctor in the United States to treat his debilitating spinal condition. On June 16, 2022, after he had spent ten months in pretrial detention, a Russian court sentenced him to fourteen years in a penal colony, a longer sentence than Russian courts routinely give to major drug traffickers and even, sometimes, murderers. Given Fogel’s age and physical condition, it is a potential death sentence. The sentence is even more surprising as the court noted Fogel’s exemplary record as a teacher, sincere remorse, lack of any prior criminal record, and documented history of physical ailments, without mentioning any aggravating circumstances. An appeal raising these points was summarily rejected. What happened? The answer is simple: politics.

As Gissou Nia, a leading human rights lawyer, has written:

Americans are being arbitrarily detained for political leverage around the world, some of them in Russia, Cuba, China, Venezuela and Iran. Many are kept in poor detention conditions and subjected to mental and physical torture, lack of medical treatment and denial of legal counsel and fair trial rights. They are wives, mothers, husbands, fathers and children who usually have no connection to the trumped-up charges against them. They are being punished for political conditions they bear no responsibility for.

Fogel’s case is a classic example of this problem. The court’s verdict makes clear that his arrest was pre-planned, as, according to the court, it was based on a tip provided to inspectors at the airport. While the case was pending, Russian state media, in a crude attempt to whip up anti-American xenophobia, falsely alleged that he used his “diplomatic status” at the school to import and distribute drugs to Russian children. These claims were so outrageous and blatantly false that even the Russian prosecutors did not repeat them. And this was not the first time that the school was the victim of political attacks by the Russian government. In 2019, the Russian Foreign Ministry denied visas to thirty teachers at the school in what, according to the New York Times, “American officials suggested was an effort to exert political pressure on the United States by curtailing schooling for children of diplomats.” The Times also reported that after the Obama administration imposed sanctions on Russia in 2016, the U.S. government thought that the school might be closed in retaliation.

The political element of Fogel’s case was compounded by the fact that he was sentenced shortly after the Biden administration agreed to exchange convicted drug trafficker Konstantin Yaroshenko for Trevor Reed (an American marine sentenced to nine years for assaulting a Russian police officer) and in the midst of public discussion of a possible trade of convicted arms trafficker Victor Bout for WNBA star Brittney Griner (also convicted of cannabis importation) and former marine Paul Whelan (sentenced to sixteen years for espionage). Fogel’s otherwise inexplicable fourteen-year sentence was obviously designed to give the Russians additional leverage in these prisoner exchange negotiations. Indeed, the state-controlled Russian press frequently mentioned him as a candidate in possible trades for various Russians imprisoned in the United States.

In addition, as in the cases mentioned by Nia, Fogel’s basic rights as a prisoner have been repeatedly violated. He has not been allowed any consular visits since November 2021 and has never been allowed any telephone calls with his family. He has been given several injections of medicine without any explanation or proper medical evaluation and it appears that some of those injections were of diclofenac, known to have severe side effects including chest pain, abdominal pain, and vomiting. Based on what Fogel told his lawyers, it appears that the dosage and frequency of the injections far exceeded the recommended limit. However, none of this can be verified because prison officials have denied repeated requests by his lawyers for access to medical records.

The Biden administration has pledged to address the problem of politically motivated prosecutions of Americans. In an executive order issued in July, President Joe Biden stated that “foreign states that engage in the practice of wrongful detention, including for political leverage or to seek concessions from the United States, threaten the integrity of the international political system and the safety of United States nationals and other persons abroad.” Therefore, the president “determine[d] that hostage-taking and wrongful detention constitute an unusual and extraordinary threat to the national security, foreign policy, and economy of the United States” and declared a “national emergency to deal with this threat.” As noted in the executive order, the administration has legislative tools to address this problem. For example, the Robert Levinson Hostage Recovery and Hostage-taking Accountability Act (22 USC 1741 et seq) requires the secretary of state to review cases of Americans detained abroad to determine if the detention is “wrongful” and, if so, to transfer responsibility for the case to the special envoy for Hostage Affairs (SPEHA). Under the Levinson Act, the SPEHA, who has the rank and status of ambassador, has access to additional resources to obtain the release of those who are wrongfully detained and can raise the profile of the case within the U.S. government and with foreign governments.

While the State Department designated Griner, Whelan, and Reed as “wrongfully detained” under the Levinson Act, the Biden administration has inexplicably refused to accord Fogel the same status despite the fact that his case meets several of the relevant statutory criteria including the following:

-the individual is being detained solely or substantially because he or she is a United States national. Fogel’s arrest, the anti-American publicity surrounding his case, and his fourteen-year sentence were all connected to his status at the Anglo-American School, long a target of the Russian government;

-the individual is being detained in a country where the Department of State has determined in its annual human rights reports that the judicial system is not independent or impartial, is susceptible to corruption, or is incapable of rendering just verdicts;

The law provides for an independent judiciary, but judges remained subject to influence from the executive branch, the armed forces, and other security forces, particularly in high-profile or politically sensitive cases, as well as to corruption” and “The law provides for the right to a fair and public trial, but executive interference with the judiciary and judicial corruption undermined this right.

-the individual is being detained in inhumane conditions. Fogel has been given medical shots with potentially life-threatening side effects for no apparent reasons and has been denied consular access, contact with his family, and access to his medical records;

-United States diplomatic engagement is likely necessary to secure the release of the detained individual. Fogel’s fourteen-year sentence, despite numerous mitigating factors and the absence of any aggravating factors, as well as the summary denial of his appeal, make clear that the judicial system cannot be trusted to do justice in his case and only diplomatic intervention can secure his release.

In light of these facts, by failing to designate Marc Fogel as wrongfully detained, the Biden administration is essentially saying that he is rightfully detained and that his fourteen-year sentence is just. If the administration is seriously committed to combating the “extraordinary threat” of politically motivated hostage-taking, it should declare Fogel wrongfully detained and commit appropriate resources to securing his release from a potential death sentence.

Tom Firestone is a partner with the law firm Stroock & Stroock & Lavan and is a member of Marc Fogel’s legal team. He previously served as Resident Legal Adviser at the U.S. Embassy in Moscow.