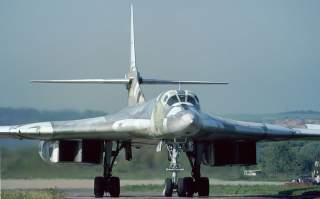 AFTER THE Soviet Union collapsed, Richard Nixon observed that the United States had won the Cold War, but had not yet won the peace. Since then, three American presidents—representing both political parties—have not yet accomplished that task. On the contrary, peace seems increasingly out of reach as threats to U.S. security and prosperity multiply both at the systemic level, where dissatisfied major powers are increasingly challenging the international order, and at the state and substate level, where dissatisfied ethnic, tribal, religious and other groups are destabilizing key countries and even entire regions.

Most dangerous are disagreements over the international system and the prerogatives of major powers in their immediate neighborhoods—disputes of the sort that have historically produced the greatest conflicts. And these are at the core of U.S. and Western tensions with Russia and, even more ominously, with China. At present, the most urgent challenge is the ongoing crisis in Ukraine. There, one can hear eerie echoes of the events a century ago that produced the catastrophe known as World War I. For the moment, the ambiguous, narrow and inconsistently interpreted Minsk II agreement is holding, and we can hope that it will lead to further agreements that prevent the return of a hot war. But the war that has already occurred and may continue reflected deep contradictions that America cannot resolve if it does not address them honestly and directly.

In the United States and Europe, many believe that the best way to prevent Russia’s resumption of its historic imperial mission is to assure the independence of Ukraine. They insist that the West must do whatever is required to stop the Kremlin from establishing direct or indirect control over that country. Otherwise, they foresee Russia reassembling the former Soviet empire and threatening all of Europe. Conversely, in Russia, many claim that while Russia is willing to recognize Ukraine’s sovereignty and territorial integrity (with the exception of Crimea), Moscow will demand no less than any other great power would on its border. Security on its western frontier requires a special relationship with Ukraine and a degree of deference expected in major powers’ spheres of influence. More specifically, Russia’s establishment sentiment holds that the country can never be secure if Ukraine joins NATO or becomes a part of a hostile Euro-Atlantic community. From their perspective, this makes Ukraine’s nonadversarial status a nonnegotiable demand for any Russia powerful enough to defend its national-security interests.

When the Soviet Union collapsed in 1991, Russia was on its knees, dependent on Western assistance and consumed by its own internal affairs. In that context, it was not surprising that Western leaders became accustomed to ignoring Russian perspectives. But since Vladimir Putin took over in 1999, he has led a recovery of Russia’s sense of itself as a great power. Fueled by rising oil production and prices that brought a doubling of Russia’s GDP during his fifteen-year reign, Russians increasingly bridled at such treatment.

Americans would do well to recall the sequence of events that led to Japan’s attack on the United States at Pearl Harbor and America’s entry into the Second World War. In 1941, the United States imposed a near-total embargo on oil shipments to Japan to punish its aggression on the Asian mainland. Unfortunately, Washington drastically underestimated how Japan would respond. As one of the post–World War II “wise men,” Secretary of State Dean Acheson, observed afterward, the American government’s

misreading was not of what the Japanese government proposed to do in Asia, not of the hostility our embargo would excite, but of the incredibly high risks General Tojo would assume to accomplish his ends. No one in Washington realized that he and his regime regarded the conquest of Asia not as the accomplishment of an ambition but as the survival of a regime. It was a life-and-death matter to them.

Just days before Pearl Harbor, Japanese special envoy Saburo Kurusu told Washington that “the Japanese people believe that economic measures are a much more effective weapon of war than military measures; that . . . they are being placed under severe pressure by the United States to yield to the American position; and that it is preferable to fight rather than to yield to pressure.” Despite this warning, the Japanese response to U.S. economic warfare caught the United States off guard, killing nearly 2,500 people and sinking much of the U.S. Pacific Fleet.

Reviewing the recent record of American administrations’ forecasts about the consequences of major foreign-policy choices should serve as a bright warning light. The Clinton administration misread an extended and bloody civil war in Yugoslavia before imposing its own shaky partition and angering Russia and China in the process. When George W. Bush decided to invade Iraq and replace Saddam Hussein’s regime with a democratically elected one, he believed that this would, as he said, “serve as a powerful example of liberty and freedom in a part of the world that is desperate for liberty and freedom.” He and his team held firmly to this conviction, despite numerous warnings that war would fragment the country along tribal and religious lines, that any elected government in Baghdad would be Shia-dominated and that Iran would be the principal beneficiary from a weakened Iraq. Next, the Obama administration joined Britain and France in a major air campaign in Libya to remove Muammar el-Qaddafi. The consequent chaos contributed to the killings of a U.S. ambassador and other American diplomats and to the creation of a haven for Islamic extremists more threatening than Qaddafi’s Libya to its neighbors and to America. In Syria, at the outset of the civil war, the Obama administration demanded the ouster of President Bashar al-Assad, even though he never posed a direct threat to America. Neither the Obama administration nor members of Congress took seriously predictions that Islamic extremists would dominate the Syrian opposition rather than more moderate forces—and that Assad would not be easy to displace.

COULD A U.S. response to Russia’s actions in Ukraine provoke a confrontation that leads to a U.S.-Russian war? Such a possibility seems almost inconceivable. But when judging something to be “inconceivable,” we should always remind ourselves that this is a statement not about what is possible in the world, but about what we can imagine. As Iraq, Libya and Syria demonstrate, political leaders often have difficulties envisioning events they find uncomfortable, disturbing or inconvenient.

Prevailing views of the current confrontation with Russia over Ukraine fit this pattern. Since removing Slobodan Milosevic, Saddam Hussein and Muammar el-Qaddafi from power had limited direct impact on most Americans, it is perhaps not surprising that most Washington policy makers and analysts assume that challenging Russia over Ukraine and seeking to isolate Moscow internationally and cripple it economically will not come at a significant cost, much less pose real dangers to America. After all, the most common refrain in Washington when the topic of Russia comes up is that “Russia doesn’t matter anymore.” No one in the capital enjoys attempting to humiliate Putin more than President Barack Obama, who repeatedly includes Russia in his list of current scourges alongside the Islamic State and Ebola. And there can be no question that as a petrostate, Russia is vulnerable economically and has very few, if any, genuine allies. Moreover, many among its business and intellectual elites are as enthusiastic as the Washington Post editorial page to see Putin leave office. Ukrainians with the same view of former Ukrainian president Viktor F. Yanukovych successfully ousted him with limited Western help, so, it is argued, perhaps Putin is vulnerable, too.

Nevertheless, Russia is very different from the other countries where the United States has supported regime change. First and most important, it has a nuclear arsenal capable of literally erasing the United States from the map. While many Americans have persuaded themselves that nuclear weapons are no longer relevant in international politics, officials and generals in Moscow feel differently. Second, regardless of how Americans view their country, Russians see it as a great power. Great powers are rarely content to serve simply as objects of other states’ policies. Where they have the power to do so, they take their destiny into their own hands, for good or ill.

WHILE MOST policy makers and commentators dismiss the possibility of a U.S.-Russian war, we are more concerned about the drift of events than at any point since the end of the Cold War. We say this having followed Soviet and Russian affairs throughout the Cold War and in the years since the Soviet Union’s implosion in 1991. And we say it after one of us recently spent a week in Moscow talking candidly with individuals in and around the Putin government, including with many influential Russian officials, and the other in China listening to views from Beijing. We base our assessment on these conversations as well as other public and private sources.

There are three key factors in considering how today’s conflict might escalate to war: Russia’s decision making, Russia’s politics and U.S.-Russian dynamics.