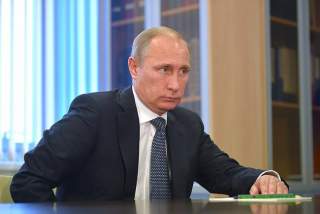 Some years back, during the brief Dmitry Medvedev interregnum, and toward the end of what until then had not been a particularly enlightening day of graduate classes in Moscow, an instructor in the employ of the Ministry of Foreign Affairs digressed from her lecture notes, or seemed to anyway, to declare that when U.S. officials talk about human rights and the virtues of soft power, they certainly don’t mean it. To the best of my memory, the instructor opined: “We know that the United States only cares about power, realpolitik. The Europeans? We don’t know what they believe, and so we find it harder to deal with them.” European foreign policy, the professor seemed to be saying, was an ambiguous admixture of hard and soft power, and essentially America’s was not.

Then, as now, I disagreed with the professor’s point. U.S. foreign policy—perhaps during the Obama era more than at any time in the post-1989 period—couches its intention to further its geopolitical objectives through military might in the soft language of a universal democratizing ideology. It is shot through with ambiguity. Russia’s foreign policy is not. So it is puzzling when ostensibly knowledgeable foreign-policy hands pretend otherwise. In the aftermath of the Crimean annexation, House Intelligence Committee Chairman Mike Rogers appeared on national television to say “nobody really knows what Putin's intentions are.” In September, neoconservative Wall Street Journal columnist Bret Stephens asked “What does Vladimir Putin want?”

Examining the speeches of (some) political leaders can be useful in solving such riddles. And in the past two weeks, the Russian president and foreign minister have both made addresses worth considering.

On November 22, Russian foreign minister Sergei Lavrov addressed the Council on Foreign and Domestic Policies. A few preliminary words about Lavrov may be in order. He blocked a UN resolution approving the use of force against the regime of Saddam Hussein in 2003 and is perhaps the most skilled diplomat on the world stage today. Anyone accusing him of being just another corrupt St. Petersburg crony of Putin’s would be badly mistaken. Such is the grudging esteem in which he is held that a senior U.S. diplomat once noted, sotto voce, that he would never dream of letting then Secretary Clinton be alone in a meeting with him. Clinton, a true professional and likely aware she was at a disadvantage against the vastly more experienced Russian minister, was known to stick tightly to the script when meeting the Russian foreign minister.

In any event, in his recent address, Lavrov made it perfectly clear that he believes “business as usual” is no longer possible with the West. Partially, this has to do with what the Russian government perceives as American hypocrisy over the Ukrainian crisis. Lavrov said that the United States also employs “financial and economic pressure, information attacks, using others on the perimeter of a corresponding state as proxies and of course information and ideological pressure through externally financed nongovernmental organizations. Is it not a hybrid process and not what we call war?”

But more importantly, and worryingly, is what Lavrov identified as the West’s primary motive in enacting the sanctions regime against Russia: regime change. “As regards the conceptual approach to the use of coercive measures the West unequivocally demonstrates that it does not merely seek to change Russian policy…it seeks to change the regime—and practically nobody denies this.”

Just recently, Russian president Vladimir Putin delivered his annual state of the nation address in the Kremlin. Picking up where Lavrov left off, Putin remained defiant in the face of the West’s condemnation of the annexation of Crimea, comparing its importance to the Russian Orthodox Church to the Temple Mount in Jerusalem. In other words: Crimea isn’t going anywhere. As for the Obama administration’s Containment 2.0 policy:

The policy of containment was not invented yesterday…it has been carried out against our country for many years, always, for decades, if not centuries. In short, whenever someone thinks that Russia has become too strong or independent, these tools are quickly put into use.

Going one further than Lavrov, Putin indicated that he believes the goal of the sanctions regime isn’t merely regime change. In fact the West…

…would gladly let Russia follow the Yugoslav scenario of disintegration and dismemberment….It did not work, just as it did not work for Hitler…who set out to destroy Russia and pushed us back beyond the Urals. Everyone should remember how it ended.

Both speeches—their words plain, their meanings pellucid—should (but likely will not) put an end to the guessing game over Russia's supposedly mysterious motives and intentions.

Would that the same could be said for President Obama’s or Secretary Kerry’s articulation of U.S. policy. Indeed, there has been scant evidence of that kind of clarity in the administration’s statements on U.S.-Russian policy, marked, as it has been, by a kind of cognitive dissonance. To take but one example, in October, The Daily Beast reported that the administration had been trying to get Russia to share intelligence on the IS Group, all the while urging its European partners to hold fast on sanctions.

At the root of the administration’s muddle (rhetorical and otherwise) is the fact that while the president surely realizes he doesn’t want a war with Russia, the primary question remains unanswered: Is there a vital American interest at stake over the fate of Ukraine? What political ends are the sanctions meant to bring about? So far, no one in the administration seems to know.