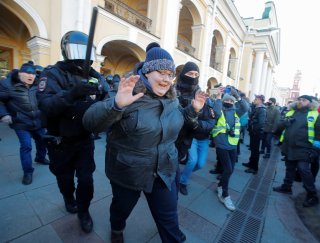 About seven decades later, socialism collapsed. The 1990s followed, with more political and economic freedoms than ever before, although these were accompanied by chaos and the predatory appropriation of state property at the hands of oligarchs and criminals.

Vladimir Putin, who came to power in 2000, appeared to many at the time as a politician who stood simultaneously for both reform and order. And indeed, his rule began positively. The Swedish economist Anders Aslund, one of the most highly regarded experts on Russian economic development, writes in his book Russia’s Crony Capitalism. The Path from Market Economy to Kleptocracy:

The period 2000–2003 represented the height of Russia’s market economy. This was a time of macroeconomic balance and competitive markets. The private sector thrived as never before or after. State subsidies were minimized, and the result was a high growth rate averaging 7% a year from 1999 to 2008. Russia had never grown faster.

But this free-market phase did not last long. Economic historians see Putin’s crackdown on Mikhail Khodorkovsky, then Russia’s richest man, as a turning point. Putin decided to take action against this powerful critic to demonstrate that, no matter how rich and seemingly powerful you are, if you criticize me, you will lose everything. Khodorkovsky was arrested and served ten years in prison. His company Yukos was expropriated, and its assets were transferred largely to the state-owned Rosneft in closed auctions at low prices.

This state action sent an important signal and was the starting signal for the second phase of the abolition of private ownership in Russian history. Unlike the October Revolution, however, private ownership has not been abolished by formal decree, but remains, at least formally, intact. In his book Property Rights in Post-Soviet Russia, Jordan Gans-Morse, the UC Berkeley professor and one of the foremost experts on the Russian economy, writes:

…after the Khodorkovsky incident, bureaucrats and law enforcement officials of all ranks increased their pressure on firms. These threats included the seizure of a firm’s assets, facilitation of illegal corporate raiding, extortion, illicit fines, and unlawful arrests of businesspeople.

More and more companies have been brought under state control—especially banks and companies in the energy industry. As early as 2016, Joshua Kurlantzick from the Council on Foreign Relations (CFR) wrote in his book State Capitalism: How the Return of Statism is Transforming the World:

In Russia, state companies throttle any potential private-sector competitors. Under Putin, the Kremlin has allowed just one or two state firms to dominate nearly every leading industry, with each company staffed by Putin loyalists. Companies that have resisted state takeover have been sacked with enormous tax bills until they sell out. Many of the most promising young entrepreneurs in Russia simply have fled the country.

Rainer Zitelmann is author of The Power of Capitalism.