Russia Is Losing Its Best and Brightest 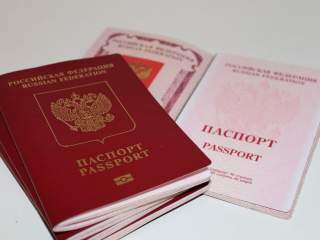 Oil and natural gas prices are low. Western sanctions over Crimea continue to bite. Declining revenues have led the Russian government to demand another double-digit cut in state investment programs and administrative costs, with social spending likely also to take a hit. What Russia needs most is smart, technologically driven investment to shed its dependence on commodity exports and focus on diversified sources of growth. What it’s getting instead are regret-laced waves goodbye from many of its top thinkers and creators. Those most likely to propel the country forward are instead charting their paths elsewhere.

Russian government statistics show a sharp upturn in emigration over the last four years. Almost 123,000 officially departed in 2012, rising to 186,000 in 2013, and accelerating to almost 309,000 in 2014 after the annexation of Crimea and even more in 2015. These statistics probably underestimate actual flows, however, as many people no longer notify the government that they’re leaving. During previous emigration waves, permanent exit involved annulment of residence registration and surrender of Russian documents. Now, it is much more common to remain connected to Russia through business and/or apartment ownership, or by working for a Russian company through the internet, while obtaining long-stay visas and effectively moving abroad.

It’s also hard to know the exact numbers because people are increasingly careful to keep their plans quiet. Many immigration/resettlement professionals in the West observe that Russian clients remain reluctant to discuss their plans over open channels. When they call or Skype from inside Russia, they claim to be asking for a friend, or out of mere curiosity—but in person, they admit that they are seriously contemplating permanent departure.

Anecdotally, however, the movement is significant with little sign of abating. A poll conducted last month by a Russian human-resources firm found 42 percent of senior managers working in local or international companies wanting to leave, with about one-sixth holding concrete plans to do so. Even genealogists are getting on board: Vladimir Paley, a Moscow-based family historian, had to hire an assistant in early 2014 to keep up with the surge of Russians trying to make a case for foreign citizenship due to family ties. Paley charges 1,000 euros, mostly to professionals who prospered under Putin’s first two terms—and therefore have pockets sufficiently deep to pay his fee—but who now seek a different environment. One Russian who moved to Paris reports that so many people back home have asked his advice on emigration that he’s made a small business of it, charging 700 euros for his services. He helps them decide where to move: Poland, Israel or Bulgaria if they can trace ancestry there; if not, then to Latvia, the Czech Republic, Cyprus or Bulgaria, where relatively small investments can buy citizenship. From his experience, “it’s more about where they’re leaving from than where they’re headed.”

To get at actual magnitudes, a look at immigration statistics in destination countries is required. Central Asia and other CIS countries remain the primary landing spots, and movement to China has been on the rise. But the West is increasingly attractive. Russian applications for the United States green-card lottery have soared in recent years, reaching an all-time high of 265,086 in 2015, almost one hundred thousand more than in 2012. Data for the United Kingdom reveal a similar pattern, with the number of immigrant visas actually issued to Russians up well over 50 percent from 2010 to 2013. About 75,300 Russians got residence permits for the European Union and Switzerland in 2014, up 25 percent over 2010. Israel reports that citizenship applications from Russians are up 30 percent over that time frame.

Even more important than the absolute numbers is the type of people who are leaving: the younger, more urban and better educated. Levada Center head Lev Gudkov assesses the current flow as “more liberally oriented, more intelligent, better educated,” leaving Russia with only “a rather inert, passive mass with opportunistic attitudes.” Overwhelmingly, Russia’s recent upturn in emigration is driven by relatively skilled urban liberals fleeing due to politics rather than economics. These are the heart of the “creative class,” the scientists, educators, artists and knowledge-based workers who drive much of current economic growth worldwide. People in this category are disturbed by the political environment under Putin and are anxious to leave before it gets worse. They crave respite from a climate so pervaded with enmity toward the West, wanting a more predictably just, fair environment not only for themselves, but for their children. As one young Russian businessman put it, “I used to think it was possible to build a better society in Russia, but I’ve basically lost all hope now. It’s time to leave.”

Economic motives, however, still play a role. Even wealthy Russians who enjoyed relatively privileged positions now perceive those advantages as temporary and seek a way out. They view the United States and Western Europe as safe places “to park their money, maybe park their spouses and children,” and also as business homes free of the corruption, red tape and unpredictable court system that characterize their homeland. Pavel Durov (founder of the Russian Facebook analog VKontakte) left in part because of government demands that he turn over personal data on his Ukrainian users. Legislation passed in 2014 calls for all Russian internet user data to be housed on servers located on Russian territory, and bloggers with more than three thousand daily visitors have to register with the government’s media regulator. Major online platforms—including video hosting site Vimeo and, crucially, GitHub, by far the number one resource for anyone writing code—have been blocked in Russia. These moves are major disincentives for high-tech professionals, who as a rule value freedom and sanctity of information very highly, to remain in the country. As the government becomes more and more intrusive, Russian start-ups shy away from the risk that the fruits of their hard work will be co-opted or taken away. Other skilled professionals, in fields as varied as academia, high tech, banking and law, simply want a more stable business environment in which they can make more money as Russia’s economy stagnates. For those closer to the middle class, ruble salaries can’t remain attractive if there is an alternative.

From this perspective, Russians appears to be looking less at specific destination countries, and more at general conditions that suit their needs: economic opportunity, personal safety, decent education and health care. Small businessmen often seek Russian-speaking diaspora communities where they can easily find markets. Katya Zenkovich, head of the Russia desk at an upscale London property company, reports an uptick since mid-2014 of Russian entrepreneurs looking for retail space in London or modest-sized offices suitable for small businesses. Some, she says, fit the well-known profile of the fabulously wealthy Russian moving or investing abroad, but more frequently she now sees upper-middle-class businesspeople looking to invest as little as $230,000–300,000 for a one-year lease on a central London storefront. Online enquiries to her firm from inside Russia for offices anywhere in Europe (including the UK) were up 75 percent in 2014 from the year before. Gary Hersham, co-owner of a London real estate firm, concurs: “We’re seeing quite a few new inquiries into retail units, art galleries, restaurants, office space. . . . People want to come to a place where they consider their lives, their future, their prosperity and their income to be safe.” If indicative of something more widespread, this anecdotal information portends a drain not of billionaires, but of the type of small-business-owning millionaires who should be key to diversification of Russia’s economy.

Many in power are delighted to say goodbye to potential protesters. Russian journalist Leonid Bershidsky, who left for Germany in mid-2014, said, “the Kremlin doesn’t care because it doesn’t consider the likes of me Russia’s best and brightest. To them, we’re the traitors, the fifth column.” Vitaly Milonov, a member of the St. Petersburg Legislative Assembly, put it more colorfully: “Russia won’t lose anything if the entire so-called creative class leaves. What’s the creative class anyway? For me, a woman who gets up at 5 a.m. to milk a cow is creative because she produces something. Not some guy with a stupid haircut who sits in a café all day long writing in his blog.”

What’s left of the middle class are mostly public sector bureaucrats and others with connections to state-operated enterprises—in other words, a Putin-friendly support base kept compliant, for the time being, by modest salary increases and ample opportunities take further financial advantage of their government positions. Or, as put more colorfully by the Institute of Modern Russia’s Ksenia Semenova, “by allowing emigration to facilitate a ‘release of steam,’ it not only prevents an intellectual revolt but also ‘purges’ its audience of undesirables, leaving behind those who are more likely to be successfully brainwashed and whose critical faculty atrophies a bit more every time they watch Russian state TV. Controlling such a mass is an easy job.”

The most obvious impact lies in science and technology. Emigration has already hollowed out and aged Russia’s scientific community, and the situation seems likely to get worse. Currently in Russia, there are 26,800 holders of Doctor of Sciences degrees. In the United States alone, there are sixteen thousand holders of these degrees originating in the former Soviet Union. Fewer than one-third of the researchers still in Russia fall within the most productive age group (thirty to fifty), while a quarter are over seventy. Independent funding for scientific research and development is now almost nonexistent, and international scientific collaboration has become increasingly restricted. The Dynasty Foundation, a nonprofit launched in 2002 to support Russian scientific research and education, was declared a foreign agent in May of 2015; its founder, Dmitry Zimin, left the country a month later, and the foundation shut its doors (and bank accounts) in October.